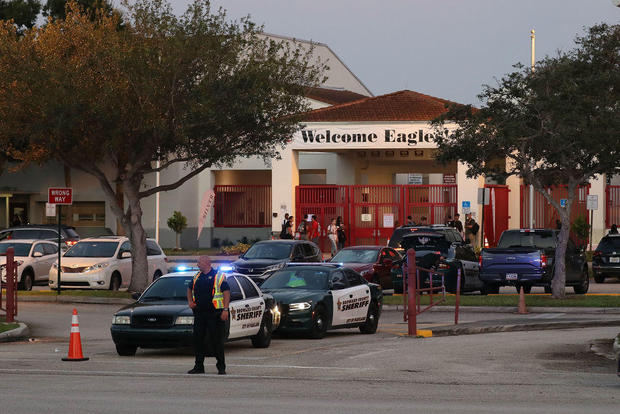 PARKLAND, Fla. — Students at Marjory Stoneman Douglas High School in Parkland, Florida, returned to class this week. The school, however, did not return to what it used to be, CBSN anchor Anne-Marie Green reports.

It's been six months since former student Nikolas Cruz went on a rampage, killing 17 people on Valentine's Day. On Friday, the school looked different. The building where Cruz opened fire is closed, surrounded by a 12-foot tall fence. Inside, the changes are even greater.

Robert Runcie, the Broward County School District superintendent, is facing intense criticism from parents whose kids died at school. Additionally, Runcie fired an outsider investigator who was looking into the shooting and how Cruz managed to slip through the cracks.

"I wake up everyday thinking about our families, thinking about Stoneman Douglas and what else can we do to improve the situation there," Runcie said.

One year before the shooting, Cruz walked on to campus wearing a backpack and carrying a duffle bag, the school's security team flagged him as a threat. But that threat was largely ignored when it mattered the most. A school security monitor said he recognized Cruz when he saw him walk onto campus, but didn't stop him or ask him questions.

"Did the school drop the ball with Nikolas Cruz?" Green asked Runcie.

"You know, I will say this: We had an independent review that was done. We, as a district, provided enormous amount of services to this individual," Runcie said.

He added that the school board has a laser focus on school safety right now, something he also discussed earlier this week. "We've doubled the number of security staff here at the school — that's a permanent thing that we've added here," Runcie said at the news conference.

There are also more surveillance cameras, new single-point entryways and doors that automatically lock at the school.

But some of the security programs parents hoped to see on the first day of school we're not implemented district-wide, and some said the school board is partly to blame.

Some Parkland parents are angry that Runcie scrapped a plan to install metal detectors on campus.

"Without a metal detector anyone can get a weapon into a school, and in Broward they didn't change any of the policies that are in place," said Andrew Pollack, whose daughter, Meadow, was killed in the massacre. "They're putting band-aids on these schools but they're not fixing what's internally broken."

Runcie argued that all of these proposed changes come with risks and would cost a lot of money. He also said: "I will not compromise the safety of our schools, student and staff by creating the appearance of security."

"In Broward, we received about $8 million that will allow us to put armed security personnel," he said. "It's absolutely not enough."

"When this society deems something important enough to protect we spend the money and we go out there and get it done. If you go to a federal building or a courthouse, you have metal detectors, you have x-ray scanners, you have screening. Why don't our children deserve that same amount of security?" said Tony Montalto, whose 14-year-old daughter, Gina, died in the shooting.

Montalto is now part of a group of parents who formed the group "Stand with Parkland." Not only is the group putting pressure on politicians, but it's also demanding more action from Runcie and the Broward County School board.

"Mr. Runcie, you seem to be the captain of a rudderless ship," Montalto said.

Just days after the massacre, President Trump held a listening session at the White House for Americans affected by gun violence. Pollack attended and said he was "pissed" about losing his daughter.

"When you sat in front of the president, you said a lot of things. You said you're pissed. Are you still pissed?" CBS News asked.

"I'm always going to be pissed someone killed my daughter, nothing's ever going to take that away. So I'm pissed everyday," Pollack said.

"I'm pissed at the people who let my daughter down and the other victims — that's who I'm pissed at. I'm gonna expose 'em all," he added. "That's part of what I've been doing for the past few months. I'm gonna expose people that think they're just gonna brush it under the rug and 'Mr. Pollack's going away.' But I'm not gonna go away fast. They killed my daughter and my daughter's on my shoulder everyday telling me, 'daddy keep going.' It's the most avoidable mass shooting ever in this country's history."

CBS News asked Pollack what he would say to Superintendent Runcie if he was in front of him.

"Why didn't you accept any responsibility for what happened and why didn't you look at any of the policies that were in place in Broward that lead up to it? Why aren't you telling the families you're gonna look at these policies? To be deceitful to all the people in the community, I can't sit back and let that happen."

"It's reasonable to see the level of anger, frustration and grief that a parent has had who has lost their child," Runcie said, "in some cases, no matter what we do, no matter how much of it we do it'll never be enough because we can never bring back their babies that they lost."

Newly released video shows Cruz talking with detectives while in custody. He said a demon trapped inside his head told him to "Burn. Kill. Destroy." Cruz also spoke about his family, his ex-girlfriend, his suicide attempts, and his drug use. He also said he was Pollack said bullied and killed animals.

The teenager has been charged with 17 counts of first-degree murder. Prosecutors want Cruz to face the death penalty if convicted, but his attorneys say their client will only plead guilty if death is off the table.

The Parkland students who survived the shooting have turned tragedy into activism, and the massacre sparked a global movement about gun control.

The students' platform is focused on gun reform, especially when it comes to funding research on gun violence, eliminating restrictions on the Bureau of Alcohol, Tobacco, Firearms and Explosives, establishing universal background checks and banning high-capacity magazines.

They also want to disarm all domestic abusers and prevent gun trafficking, among other things. A big group of the Parkland students just wrapped up their summer "Road to Change" tour in Newtown, Connecticut.

Since June, teens from across the country have toured more than 50 cities in 20 states impacted by gun violence. David Hogg, who survived the shooting at Stoneman Douglas, said he wants to change gun laws, starting at the polls.

"All this national attention has put a lot of pressure on Superintendent Runcie," Hogg said.

Runcie said "politics can get in the way of progress" but that he fully supports the students. 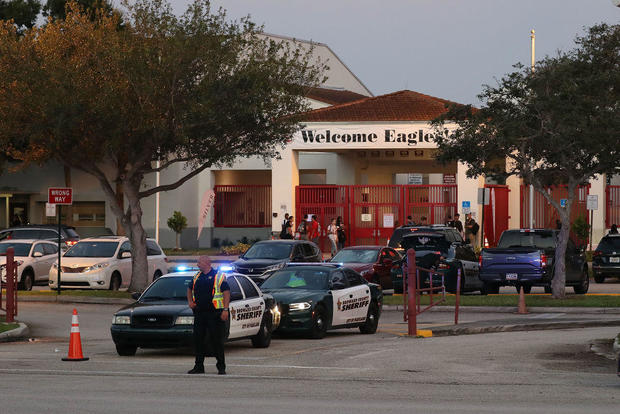 Teen goes viral on TikTok for tutoring others in math

Jim Jordan struggles to say when he spoke with Trump on...

An inside look at a Texas hospital overwhelmed by coronavirus patients

Jim Jordan struggles to say when he spoke with Trump on...