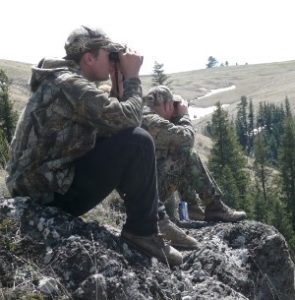 To entertain and educate, thus creating a desire to go fishing, hunting and explore the outdoors.  In these short radio vignettes we take the listener on an audio adventure far away from their current environment, to a place they would rather be… The great outdoors!  David’s resume includes features on the Outdoor Channel (winner of eight Telly Awards),  host and producer of ESPN’s UltimateOutdoors, Jeep National Trails and a bevy of network television including  PM Magazine, NBC game shows and stints guest hosting the Oprah Winfrey Show. During David’s tenure with ESPN’s Ultimate Outdoors, he acquired hunting and fishing tips from the “Master” internationally famous outdoors man/guide Wayne Pearson . “On location” took on a whole new meaning as the pair hunted game in various locations around the U.S.; from upland birds in the Dakotas to gators in Louisiana but it was David’s riveting quest for the great marlin in Puerto Rico and sword and sailfish in Venezuela that endeared him to his fans.  In addition to his wealth of television work David Sparks earned his doctorate in biomedical engineering at Northwestern University and taught at the University of Washington.

Watch out!  David’s enthusiasm for hunting and fishing is contagious, humorous and …..sometimes cantankerous but one thing for certain with Sparks it’s always entertaining and the spotlight is always on you the outdoors man.

Amanda Shires on her art, vulnerability and finding herself again