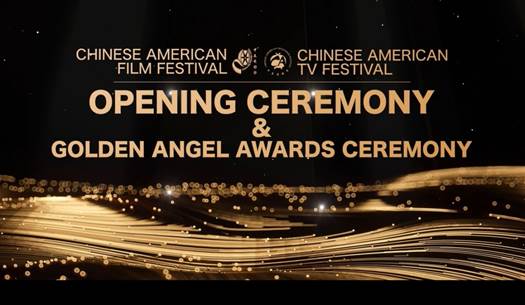 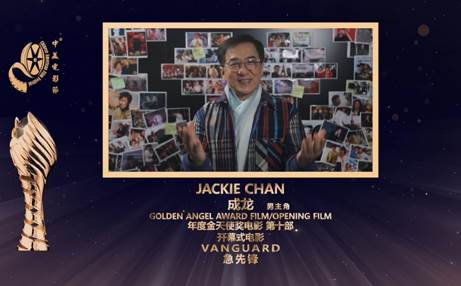 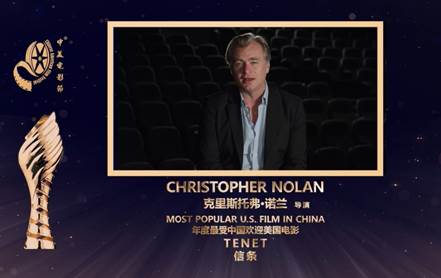 “Tenet” produced by Warner Brothers won the Most Popular American Film in China this year. Director Christopher Nolan said at the Awards Ceremony: “I want to say thank you to everybody at the Chinese American Film Festival for this tremendous award. It’s a great honor for us to receive this, and this is an opportunity for me to say thank you not just the Chinese American Film Festival, but also, to all of the fans and movie fans in China who came out to see this film. It has meant a lot to us to connect with Chinese audiences in this way as are films have in the past in the big screen. So, I just want to take this opportunity to say thank you to everybody who came to see the film. Congratulations on the festival, and please enjoy the rest of the festival.”

During CAFF & CATF, two other events occurred prior to and after the ceremony: the CAFF & CATF Co-Production Summit and Film & TV Market. Nearly 30 professionals from the American and Chinese film and television industries, including many Oscar Award-winners and Emmy Award-winners, attended the virtual summit to share their perspective on “the challenges and opportunities in the film industry in the Post-pandemic era.”  Furthermore, hundreds of film and television companies joined the film and television online market to collaborate business opportunities virtually.