Carl Icahn is betting that more and more U.S. malls will soon turn off their escalators for good.

The legendary investor has made bond trades that could pay out as much as $400 million if dozens of marque malls across the U.S. go bust, according to the Wall Street Journal. It's an unusual bet for Icahn, who made millions taking over, or threatening to seize, companies in the 1980s and helped inspire Michael Douglas's portrayal of the fictional financial villain Gordon Gekko in Oliver Stone's 1987 film "Wall Street."

Icahn is betting against the success of 37 shopping centers, including the popular Crossgates Mall in Albany, New York, and Concord Mills in Concord, North Carolina. As many as 25 of the shopping centers may already be underwater, meaning the developers of the malls have borrowed more than the properties are worth, according to someone who has analyzed Icahn's trade.

The bet is similar to the so-called "Big Short" made by a handful of traders in the runup to the housing crash, netting billions in profits. But instead of betting that millions of Americans would end up in foreclosure, Icahn is now calculating that your neighborhood mall won't be able to pay its debts.

Barbarians at the food court

Icahn isn't the only Wall Streeter warning it could be midnight in America for malls. The rise of online shopping has slammed the U.S. shopping center, whose popularity peaked in the 1990s. With the pace of bankruptcies of mall staples like Sears and Lord & Taylor picking up recently, the future of malls seems even less secure — after all, those bankruptcies are happening during a strong economy.

In areport last month, Alliance Bernstein said as many as 370 malls in America, or roughly a third of all large shopping centers in the country, are at risk of closing due to upheaval in the retail sector.

Bond rating firm Fitch, too, hassaid it would take more caution when evaluating mall debt. The "evolving retail business model renders some malls obsolete and adversely affect others that have survived so far," Fitch wrote in June.

Despite that decline, a full-blown mall apocalypse could still be years away. The American Dream mall, which opened its doors last month in East Rutherford, New Jersey, will eventually encompass 3 million square feet to become the largest mall in the U.S. The fact that a good portion of the American Dream will be taken up by attractions like indoor roller-coasters and ski hills is evidence that the traditional mall will have to evolve to thrive.

Mall mortgages, like most commercial real estate loans, tend to have a 10-year term, meaning they have to be paid off or refinanced every 10 years. And unlike the typical house mortgage, they tend to be interest-only over the life of the loan, with a big balloon payment when the debt must be repaid. That's when the problems happen.

Fitch says $7.3 billion in mall debt that has been bought by investors will come due over the next three years alone. Many more billions in mall loans are held by banks. The malls Icahn is betting against took out loans in 2012, which means he appears to be predicting that the retail reckoning will come in 2022, if not sooner. Most borrowers try to refinance their loans a year or so before they are due.

Not everyone who says there is trouble ahead for malls believes Icahn's bet will prove to be a winner. Alliance Bernstein predicts that malls will see their income drop by an average of 15%. But Brian Phillips, the firm's head of commercial mortgage research, thinks Icahn is too pessimistic. Although some older or marginal malls will struggle, others continue to have strong cashflow and will be able to refashion themselves as entertainment centers, like the American Dream, he said.

Phillips said some three dozen malls have been sold in the past two years, noting that the price this year is higher than in 2018. What's more, U.S. consumers continue to spend despite stagnant wages and stretched credit.

"Carl Icahn didn't get it right on MGM," said Phillips, referring to a decade-old investment in which Icahn bought up the bonds of the troubled movie studio. MGM eventually filed for bankruptcy, though it's not clear if Icahn lost money on his investment. "The point of our paper was that we think he and others making the same bet are getting it wrong here as well" with American shopping malls. 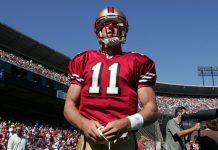 Detective: Killer picked the “perfect spot” to get rid of Milwaukee...