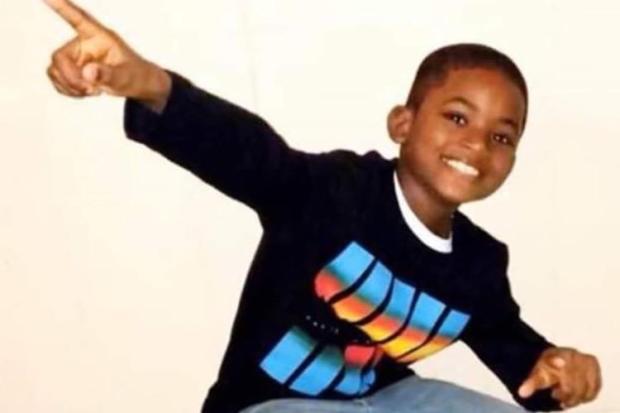 A 10-year-old boy who was shot at a New Jersey high school football game has died, Atlantic County prosecutors said Wednesday. Micah Tennant was one of three people shot after a gunman opened fire at a Pleasantville-Camden High School football game Friday night.

Five others, including one of the people who was shot, have been charged in connection with the shooting. Police did not identify the individual who was shot but said Wyatt had a grudge against that person.

"This incident had nothing to do with the students of Pleasantville High School or Camden High School," Tyner said in a press release on Saturday. "The venue simply presented an opportunity for criminals to pursue their own form of petty vengeance against one another."

The other four men charged are Michael Mack, 27, Tyrell Dorn, 28, Shahid Dixon, 27 — all of Atlantic City — and Vance Golden, 26, of Pleasantville.

Tennant, a fifth grader in Atlantic City, was shot in the neck, according to CBS Philadelphia. His family set up a GoFundMe for donations.

New Jersey Governor Phil Murphy said he was "devastated" by the news of Tennant's death.

"No child deserves to have their promising life cut short, especially by indiscriminate and senseless gun violence. No parent deserves to bury their child," Murphy said in a statement.

An unidentified 15-year-old was also shot.

On Wednesday, Pleasantville and Camden made up the suspended game at Lincoln Financial Field, the home stadium of the NFL's Philadelphia Eagles.

How police collected a suspected killer’s DNA without him knowing