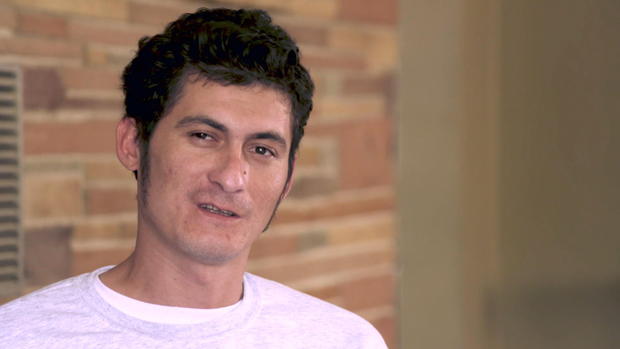 In the series "Separated and Counting," CBS News looks at the real-life impact of immigration policies that have led to families being split apart.

Yujany Paz-Rosa says he was shot five times in Honduras for refusing to join a gang. He feared his son, 3-year-old Maikol, was next, so in February they fled.

Video shows them eight days later on a crowded raft in the Rio Grande, seeking asylum in the U.S. The boy's mother stayed behind.

But at the McAllen Border Patrol processing center, officers accused him of not being the father because his last name was not on the boy's birth certificate. He said U.S. Customs and Border Protection told him he'd get his son back if he said he wasn't the father. Confused, he agreed.

An officer wrote Paz-Rosa "admitted that he was only using the child to get released from immigration custody." He denies that. He said they took his son away while he was sleeping and did not get a chance to say goodbye.

It wasn't until July, five months later, that the DNA test he initially asked for proved he was Maikol's father. CBS News met up with Paz-Rosa as he traveled to New York where his son was in a foster care facility, nearly six months after their separation.

He told CBS News it felt like a part of his life was taken away and was happy to finally be with his son again. But after 178 days apart, Maikol had a different reaction.

Maikol appeared not to recognize his father. Instead, he seemed afraid of him and was reaching out for the safety of the caseworker. The cold, hard reality of family separation: It took about five hours for Mikol to calm down. Paz-Rosa was in disbelief, embarrassed, even ashamed.

CBS News caught up with them two weeks later. Paz-Rosa said his son is feeling better with him. But to this day, he's nervous around most people. Paz-Rosa said Maikol doesn't want to leave the house because he thinks someone is going to take him away.

Dr. Lanre Falusi works with children who have endured separation. CBS News showed her the video of the reunion.

"It's heartbreaking. So what I see is a child who's been traumatized," she said. "Emotionally, we see the whole spectrum, from depression and anxiety, to early signs of post-traumatic stress disorder."

Paz-Rosa and Maikol are still waiting to see if they'll be granted asylum. But at least now, they wait together.

Almost 3,000 children were separated from their parents under the Trump administration. But attorney Lee Gelernt with the American Civil Liberties Union told CBS News he expects that total to top 6,000.

Their reunion was made possible with the help of the organization Immigrant Families Together. 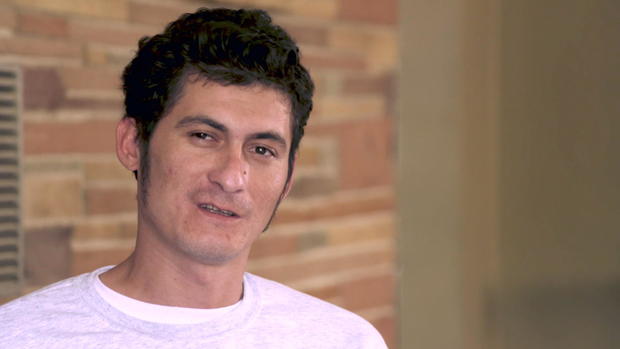 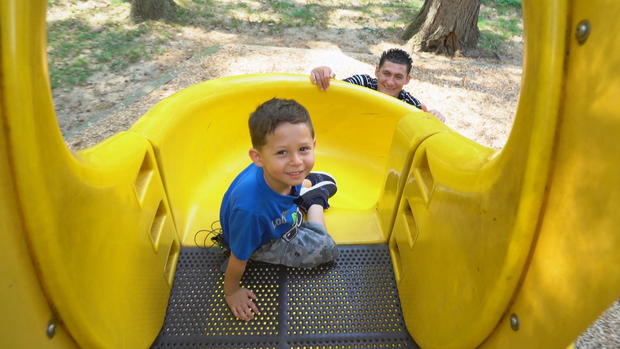