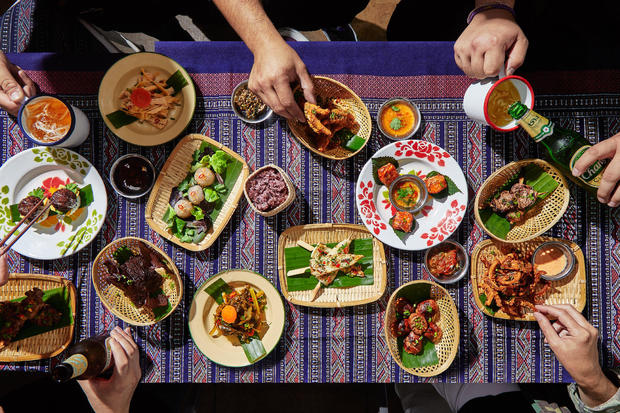 Bon Appétit has revealed the 2019 Hot 10, the magazine's ranking of the country's 10 best new restaurants.

The top spot in the annual list is Konbi, in Los Angeles, an ode to Japan's 24-hour convenience stores. In second place is Khao Noodle Shop in Dallas, Texas, and number three is Longoven in Richmond, Virginia.

The list has always been about more than white tablecloths and fancy dining – great food and a great story are far more important. One example of this is Chef Donny Sirisavath, the owner of Khao Noodle Shop — the first Laotian restaurant to make the Hot 10.

"The Dallas food scene ten years ago was all about steaks, potato, big portions," Sirisavath said. "We take it back to where now it's more farm to table. We're trying to introduce people to Laotian food."

Sirisavath said that his mother, who passed away eight years ago, was his primary culinary influence. "When I was like four years old, cooking in the kitchen with my mom, my mom once told me 'in order for people to understand about a culture, is through food.'"

Speaking on "CBS This Morning," Bon Appétit deputy editor Julia Kramer said she was blown away by the noodle shop, which is located in a strip mall in Texas. "Dallas is a city that doesn't typically get a lot of love from the food world," Kramer said. "But this year we named it our restaurant city of the year because of places like Khao, that are chef-driven, very unique, concepts that you can't find anywhere else."

To select the Hot 10, Kramer had more than 200 meals in 30 cities around the country. Here is Bon Appétit's full list: 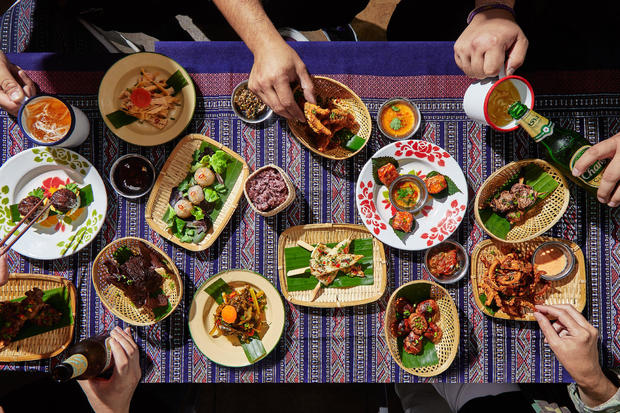