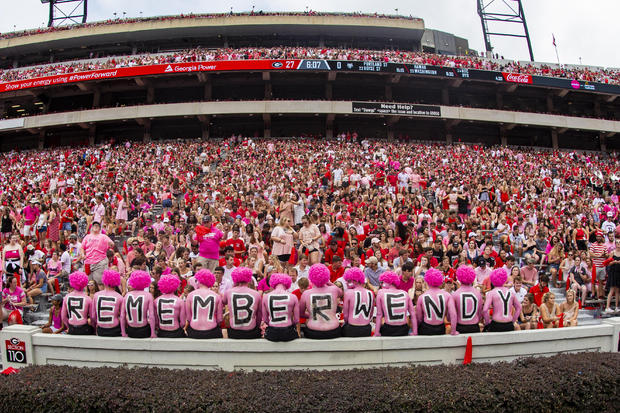 The University of Georgia's school colors are black and red. But on Saturday, when Georgia hosted Arkansas State, their stadium was awash in pink.

Fans followed instructions and wore pink "for Wendy," which meant the world to the coach of the visiting team, Blake Anderson.

"You see people stepping up and kind of putting rivalry lines to the side and just compassion," Anderson said.

"It's overwhelming, truly truly thankful for the show of support, but it doesn't come without emotions," Anderson said.

When the coach returned to his players last week, he was met with support. But that was nothing compared to his feelings when the other team honored the memory of his wife.

"It's good to see, especially these days. There are so many things to be negative about. It's good to see folks step up and support folks that they don't know and have never met just because it's the right thing to do," Anderson said.

As one Arkansas State player said, "I'll be a Georgia fan for the rest of my life." 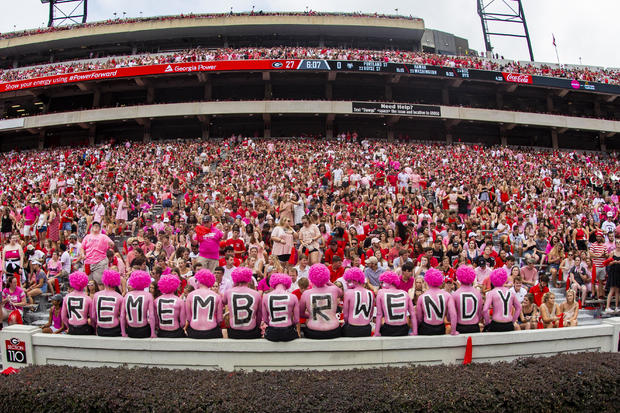