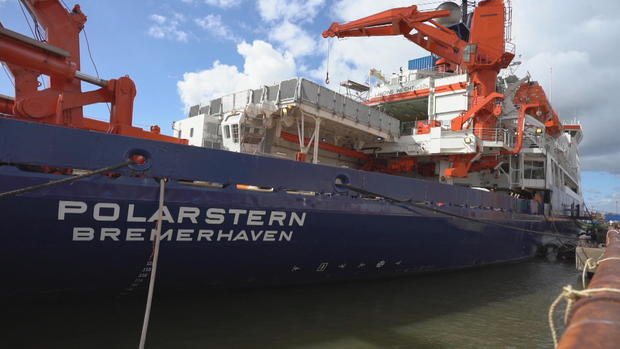 Bremerhaven, Germany — Three hundred scientists have been training in sub-zero temperatures in preparation for the trip of a lifetime. They will spend months trapped in sea ice, as part of a year long Arctic expedition, called MOSAiC, studying the effects of climate change. The expedition sets off from Norway on September 20.
"We are looking at creating a whole picture of what the Arctic is going to do in the coming years," said Alison Fong, who heads up MOSAiC's ecosystems research team.
Polar bears are a major concern, and she might have to swap her microscope for a rifle scope.
"All of our scientists are trained in polar bear safety, which includes carrying a rifle for protection. When we work in remote sites on the ice, we will take small electrical fences with us and personnel carrying rifles and flare guns and other types of safety equipment," Fong said.
Home base is a German icebreaker, the Polarstern. It will be fitted with scientific equipment, turning it into a floating laboratory.

What happens in the Arctic doesn't stay in the Arctic. It's generally considered an early warning system for the impact of climate change, and scientists are hoping the expedition on this ship will raise their understanding of it to a whole new level.
Getting a taste of what lies ahead, the scientists practiced using a remotely controlled device which measures light through the ice, and drilling through the core to assess ice thickness.
The Arctic is warming faster than anywhere else on Earth but scientists have never been able to conduct research in the remote northern parts of it during winter. Now they will attempt an unprecedented scientific mission. The crew will sail close to the North Pole, cut the engine and wait for water to freeze around the vessel. They will then simply drift with the ice flow.
"You have seen that in the U.S. at the beginning of this year when the snowstorms and blizzards went down to Florida — that is all driven by climate change in the Arctic, and we need to understand that to understand how our extreme weather in the future will look like," said Markus Rex, the expedition leader.

Mental fortitude during this mission is a formidable challenge. The scientists are bracing themselves for long periods of total isolation and complete darkness. In the winter months they will never see daylight. But freezing yourself in ice is worth it, they believe, if it helps save humanity from the extreme consequences of a warming world.

CBS News, along with more than 250 news outlets worldwide, is participating in the Covering Climate Now project, a joint initiative founded by the Columbia Journalism Review and The Nation magazine. CBS News, the only broadcast network, is devoting this week to covering climate change, leading up to the United Nations Climate Action Summit in New York on September 23. 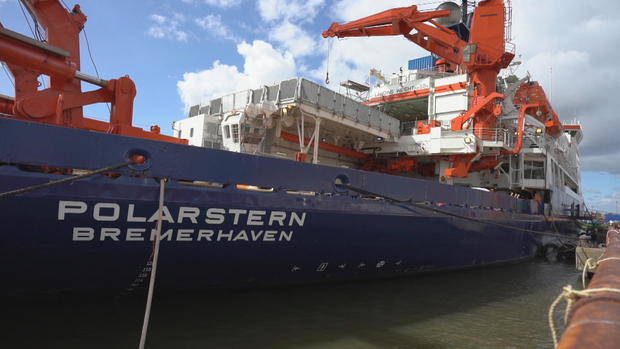 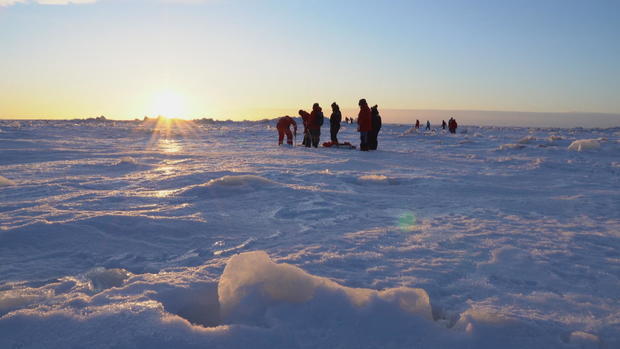