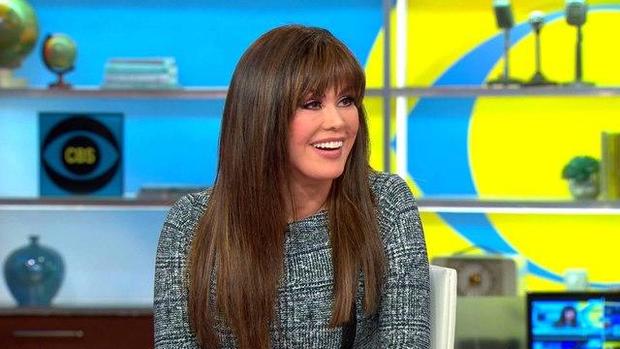 Marie Osmond has captivated audiences for more than five decades — singing with her brother Donny on TV and in Las Vegas, as a solo performer, as a contestant on "Dancing With the Stars," and as a successful entrepreneur on QVC. She also co-founded the Children's Miracle Network Hospitals, helping them raise more than $7 billion. Last week Osmond joined "The Talk" for its 10th season.

On Monday, Osmond talked with "CBS This Morning" about her new view from the "Talk" table.

Osmond had previously co-hosted "The Talk" 40 times, before she was offered a full-time chair. She didn't have to think about it. "I was asked by the head of daytime television and I looked at her and I said, 'Yes!'" she said. "I love these ladies. They are so much fun."

"They are. I don't have a sister [Osmond has eight brothers], and to have all these female opinions, I'm like, well, there's a smart table. No offense, guys! It's just a different thing.

"I love the show because it's upbeat and it's fun. They are all a hoot. And I love each one of them. They're crazy."

Osmond has not had difficulty sharing information about herself. In her first week on "The Talk," she talked about having two deaf brothers, feeling responsible for her mother's car accident, and going back to work after the funeral of her son, Michael, in 2010.

"I think that's one of the things you have to realize when you step up to that table," Osmond said. "I don't believe in airing dirty laundry; I don't think that's necessary. But if you can do something that can help somebody else or, you know, help them get through something, maybe it's that sisterhood thing."

Such as her opening up about her postpartum depression. "I was the first female celebrity to actually talk about it," she said. "I felt there's so much shame around things when really it's just a human experience that we all go through. And I don't care if you're a celebrity or if, you know, you're a make-up artist or whatever you do for a living, we all go through this thing called life."

Speaking of sharing, regarding social media, Osmond said, "I think that there's always positive in everything, and you can always find the negative in everything. The biggest thing for children is that they want to live an illusion, and they see other people's illusions and they think that's reality. And it's really not. And so, I think you have to be very careful with that."

Osmond has eight children ranging from 17 to 36 (she raised her four youngest while living in Las Vegas, performing her residency with brother Donny on the Strip), and has eight grandchildren. And she loves being a grandma.

"She calls me up, 'Grandma?' I'm like, 'Yeah, anything you want!' They're just the love of my life. The best part is you get to send them home if they have a dirty diaper. You don't have to raise them. You just love them."

Donny and Marie are ending their Las Vegas residency in November, by which time they will have done more Vegas shows that Celine Dion and Elvis Presley combined.

"Is it hard to raise kids in Las Vegas?" asked co-host Tony Dokoupil.

"Well, you don't take them to the Strip," she replied. 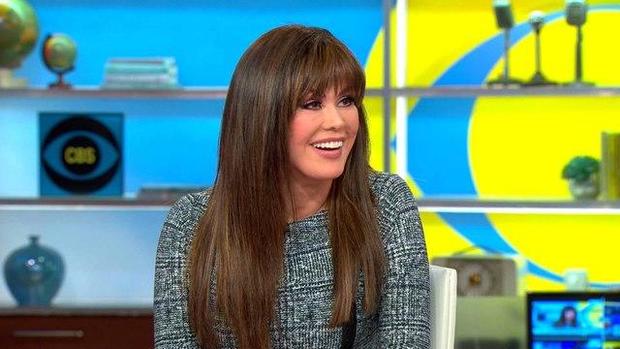