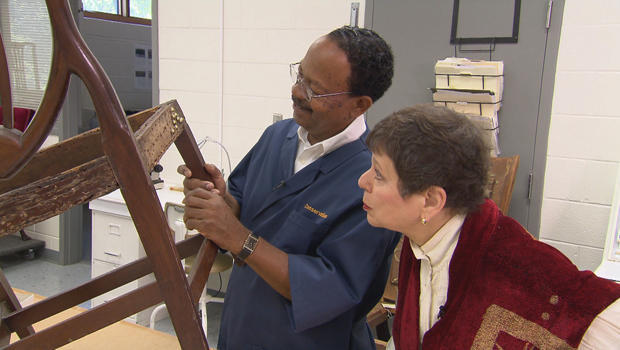 Colonial Williamsburg is all about dressing up for the 18th century, getting period details just right, down to the chairs.

Meet Leroy Graves, the remarkable man who, for more than three decades, has kept Colonial Williamsburg's renowned collection of 18th century furniture splendidly and correctly attired, and along the way has revolutionized how museums preserve and protect upholstered antiques.

Teichner asked, "Can you look at a piece of furniture and say, 'This is a fake'?"

Fake, as in making it look old and valuable, when it really isn't.

To be an upholstery conservator, Graves also has to be a detective. An ongoing exhibition of his work is actually called "Upholstery CSI."

What's the crime? Grievous bodily harm perpetrated on fragile, historical pieces by nails and tacks. "Sadly, they used all these larger nails," he said.

"So, every time somebody new upholsters it, it gets more intrusive, and more damaging?"

What came to be known as "The Graves Method" is now being used world-wide.

He used trial and error with different materials, sometimes in combination – copper, plexi, plywood, plastic. He uses anything and everything that works to create a kind of rigid exoskeleton for each chair or sofa, to which he adds removable upholstery.

But to look at it, you'd never know. Even the White House has called him in to do his magic.

Leroy Graves has won prestigious awards. Colonial Williamsburg has published an illustrated survey of his work.

But you've only heard half of his story.

At age 6 1/2, he went to work in the tobacco fields, year-round. School wasn't an option; his relatives were sharecroppers in rural southern Virginia. The small home he shared with eight family members (including grandparents, and two aunts and uncles), had electricity but no running water. It is now someone's hunting cabin.

At the age of 10, Graves went to Williamsburg to live with his mother who worked multiple jobs to send money to the family. He was enrolled in fifth grade. He didn't even have a first-grade education at the time. He struggled and eventually just dropped out. "And so that's when I came back to the country and lived here," Graves said. And that was the end of his schooling.

The fact that he managed to overcome extreme poverty and a practically non-existent education to become an internationally-known upholstery conservator is every bit as extraordinary as his achievements in his field – and makes them even more impressive.

"I wanted to carry a briefcase and wear a tie and a suit and do all of that, but I knew that was so far away from where I was, that that was just a dream," he said.

Graves went to work in maintenance at Colonial Williamsburg, supposedly filling in for two weeks. That was 51 years ago. He never left, moving up to art handling. He then insinuated his way into furniture conservation.

He can create a perfect replica of any of these pieces. He spent his lunch hours watching big-deal upholstery conservators flown in from New York, and taught himself to do what they did, but better.

It has not escaped Leroy Graves that 18th century American furniture was often made by slaves whose names are unknown now.

"Whatever I make and whatever I do, I sign it, I date it, " he said. "I just want an individual to look at my work and see quality, and quality that's coming from an African American. That's what makes me feel proud." 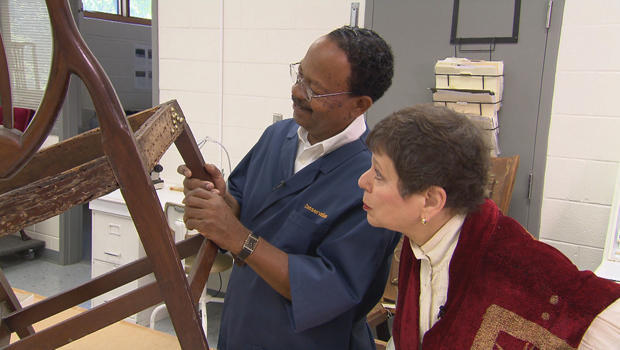 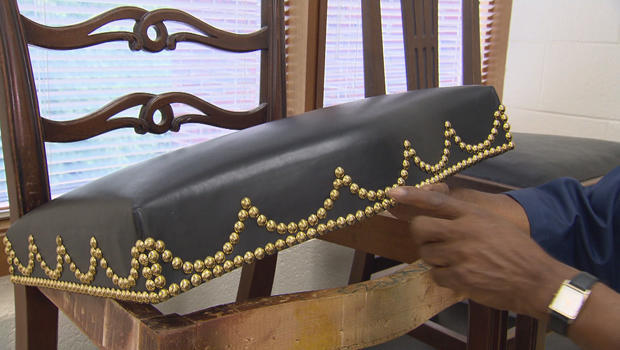 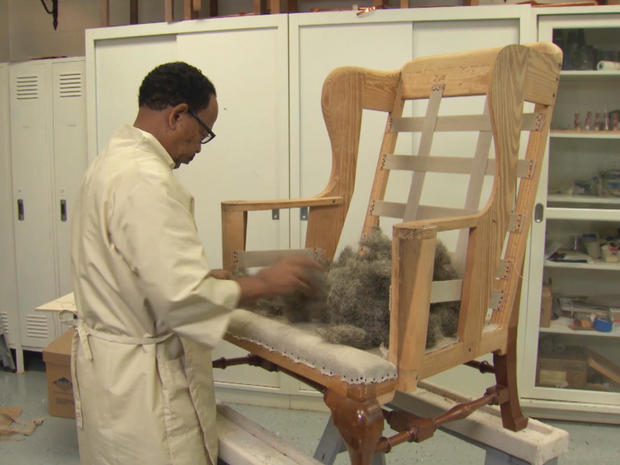 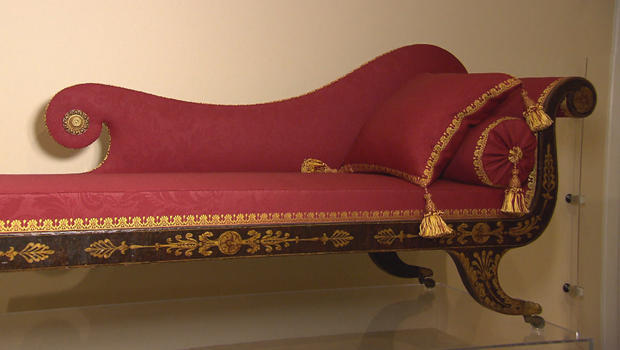