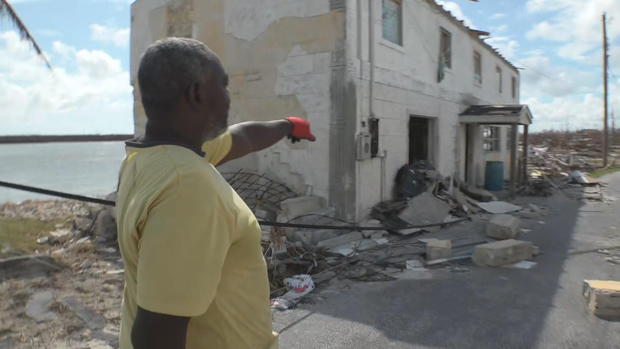 CBS News September 13, 2019, 7:18 AM Bahamians say they've received "nothing at all" from their government as new storm looms

Another major storm could be headed to the Bahamas, as a new system takes shape over the southern parts of the island chain. By Saturday, it will pass Grand Bahama, which was devastated by Hurricane Dorian less than two weeks ago. And as residents brace for another storm, they slammed their government for not providing aid in the wake of Dorian.

The frustration level in the Bahamas is palpable, as many residents said that the only assistance they've gotten has come from foreigners. When asked what he'd gotten from the Bahamian government, Barry Cooper said "nothing at all!"

The Bahamian government said it's coordinating relief efforts from Nassau. But since most of the field teams come from private foreign aid groups, that's all the residents in hard-hit communities see.

CBS News correspondent Errol Barnett visited two remote islands with a group of retired Navy SEALs based in South Florida who were on a mercy mission to deliver food and supplies.

"For me and the guys of my company, it's basically just that continued want to give back, and just continue serving after service," said Mike Oberhelman.

The scene on the islands was familiar: The journey to remote areas was possible only with a combination of seaplanes and small boats. And in those remote areas, residents had been living with no cell service, no power, and no running water for more than a week.

There's no landing area on one remote island, Sweetings Cay, so the boat touched down on the open ocean and transferred to a smaller vessel which brought relief supplies ashore. The boat's arrival set off an urgent scramble by the residents of this small fishing community, once home to around 100 people. Now, only 26 remain.

Nolan Cooper is one of those survivors. Aid only started reaching his community about four days ago, more than a week after the Category 5 monster stalled directly on top of it for almost 30 straight hours.

"Are you still surprised at how powerful this was?" Barnett asked.

The retired U.S. service members plan to keep flying these missions for the foreseeable future — and with another storm on the way, they're racing the weather to get shelter to those most in need. 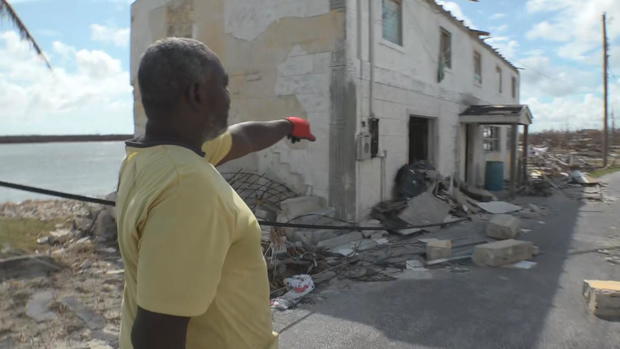