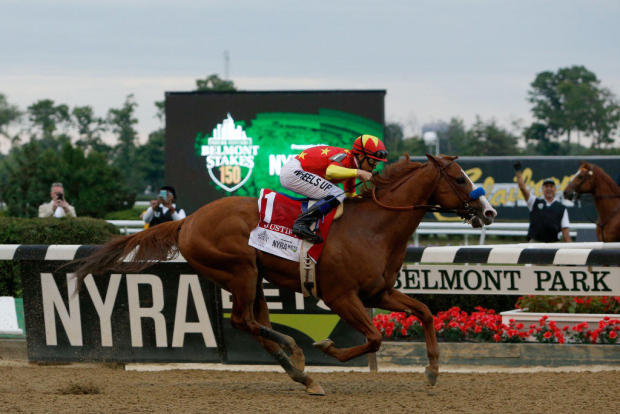 Arcadia, California — The trainer of 2018 Triple Crown winner Justify is denying he did anything wrong after a report said his horse tested positive for a banned substance. The New York Times reported that Justify failed a drug test that should have disqualified him weeks before the Kentucky Derby, the first leg of the Triple Crown.

According to the report, the banned drug was scopolamine, which is normally used to treat nausea and muscle spasms in humans. The report went on to say that the California Horse Racing Board kept the test results secret and they took a month to confirm the results.
But Dr. Mary Scollay, who is the executive director for a horse racing testing consortium, said it is unlikely that any trainer would willingly give their horse scopolamine because of its negative side effects.

"I don't believe that there would be a reason to administer to a horse. I think the possibility of adverse events is much greater than any potential for beneficial events," Scollay said.

The attorney for Bob Baffert, Justify's trainer, said there was "no intentional administration" by his client. "In addition to support that, we're talking about minuscule levels of the substance," said attorney Craig Robertson.

The medical director of the California Horse Racing Board said Thursday they threw out the results because the sample was the result of contamination of jimson weed, which is often found in natural feed products that are given to horses. 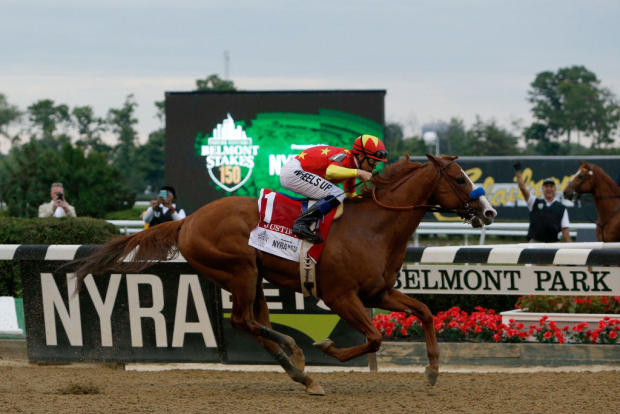