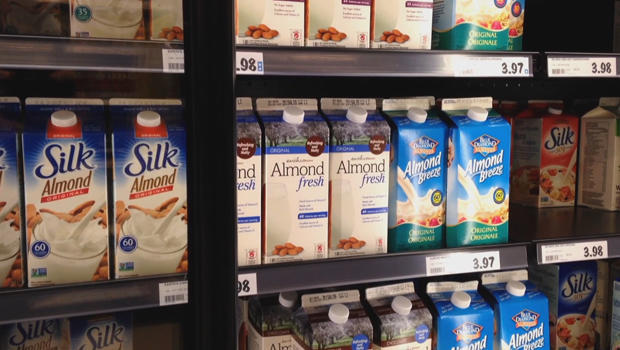 "Milk is just about the most perfect food there is!" (according to a 1950s promotional film.) "A glassful with every meal is good for you and with one more, that makes a quart a day!

Dairy was considered one of the four major food groups. In fact, milk was considered so important that in the late 1930s the government legally defined milk.

"The whole thing is a couple hundred words, but the key sentence is, 'Milk is the lacteal secretion from a cow,'" said Andrew Novakovic, an agricultural economist at Cornell University.

"So, you can't be almond and call yourself milk?" asked correspondent Serena Altschul.

"No, and you can't put palm oil in there and say it's, you know, some kind of milk with palm oil. That's not milk."

By 1970, the average American was drinking some 30 gallons of milk a year. But soon after, fat became America's public health enemy #1, which gave rise to those familiar fat-free and highly-processed foods, and some new labels in the dairy chest. Sales of lower-fat milks (like 1%, 2% and skim) were on the rise, while sales of whole milk declined. And that was just for starters.

Today, dozens of beverages call themselves "milk" … some made of soy, others almond, cashew, rice, hemp, coconut, flax, oats and even peas, all marketed as "healthier."

"The plant-based milk category is just exploding," said Michele Simon, executive director of the Plant-Based Foods Association. "We're seeing so much innovation. I always say, like, there is no nut or grain or seed that's left unturned.

"We're all about helping consumers who are looking to reduce their meat and dairy consumption, and so these are companies that are on a mission to really help provide great-tasting alternatives."

Altschul met Simon at the Natural Products Expo West, one of the largest trade shows in the world. Eighty-five thousand people showed up in Anaheim, California earlier this year.

"In general, what's so great about plant-based milks is that we know they are more sustainable than dairy milk," Simon said. "So, there's a lot of intense agriculture that goes into producing dairy."

The milk of the moment at this year's expo? Oatly.

They introduced their oat milk in U.S. cafes and then supermarkets in 2016. By last year, it was so popular that Oatly couldn't keep up with demand. And by December, people were paying crazy amounts for it online.

"So, you had nothing to do with that?" Altschul asked. "You didn't pull back supply and create a crazy demand? That's just myth?"

But not all milks are created equal…

Plant-based beverages often have to be fortified to have the same nutritional value as cow's milk. Many plant-based "milks" have oils, preservatives and emulsifiers to keep them from separating, and added sugars to make them taste better. And some question whether it's fair to even call them "milk" at all.

"It's a very hot potato right now amongst us farmers. And when we speak out we're accused of being lobbyists, so it's sort of like a double-edged sword. You're damned if you do, and damned if you don't."

Andrew Novakovic said, "I think the entire dairy industry is offended that you want to say my product isn't any good, but you still want to use my name. And as you can imagine, farmers find that offensive."

What to call plant-based beverages has become a question for lawyers and regulators. In 2014, Oatly was sued by the Swedish dairy industry. The farmers argued that Oatly denigrated milk with its advertising slogan: "It's like milk, but made for humans."

Oatly's Petersson told Altschul, "What's the problem, right? There's nothing in that line that is not true."

Did the Swedish dairy industry win? "They won. Absolutely."

In this country, lawsuits trying to stop plant-based foods from putting the word "milk" on their label have been unsuccessful. But now the FDA is taking a closer look at just what makes milk "milk," after receiving more than 13,000 comments on the issue.

Altschul asked Novakovic, "You think there'll be a reversal?"

"Maybe," he replied. "For example, number one brand of butter in the United States is Land O'Lakes. Land O'Lakes sells margarine. They don't call it 'corn butter' or 'soy butter.' They call it a different name.

"One of the big things that's just astonishing is, FDA has said for decades, 'We don't think this is a case of fraud, because no consumer thinks that you get milk from an almond or a soybean, so I mean, they know what's going on.' And we've done surveys where people have said, 'I thought it was like milk with almond flavoring. It's not?''

Whatever you call it, it's been a good time for alternative milks. Consider this: three years ago, Elmhurst Dairy, New York City's last remaining processor, closed its doors. But barely a year later, the brand returned, this time offering more than a dozen non-dairy milks.

In fact, over the past half-century, the United States has lost one million dairy farms.

Timothy Demeree's may be the next to go. He grew up on the farm, and until recently he thought some day his son would take over.

"When the price of milk dropped the way it did, he said to me, 'Dad, I had a 'coming to Jesus' moment,'" Demeree recalled. "I said, 'Danny, I'm glad you did and I didn't have to be the one to tell ya' that this isn't anything to come home to anymore.'

"Every father's dream is to be able to bring the next generation onto the farm," he said.

So, if you know anyone looking for an idylic, 800-acre, state-of-the-art organic milk farm, Demeree's is up for sale. 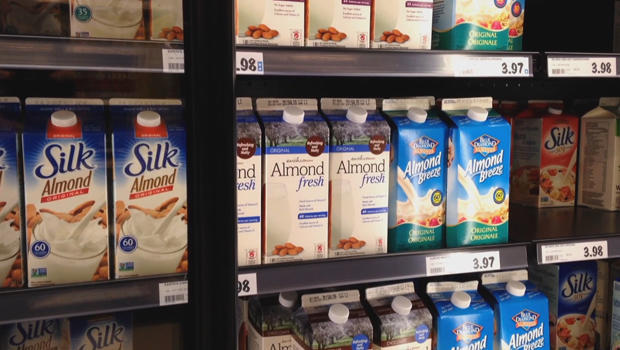 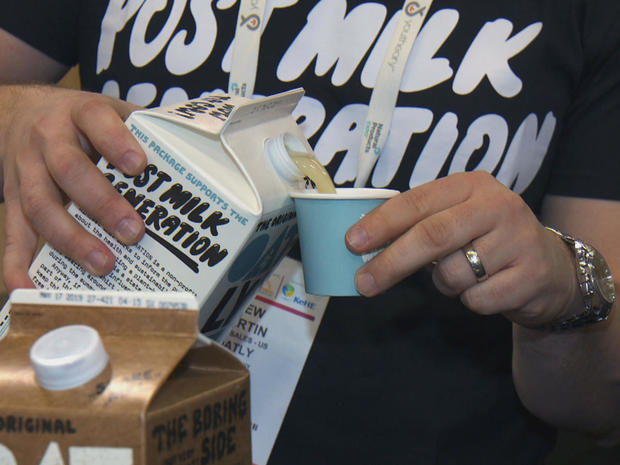 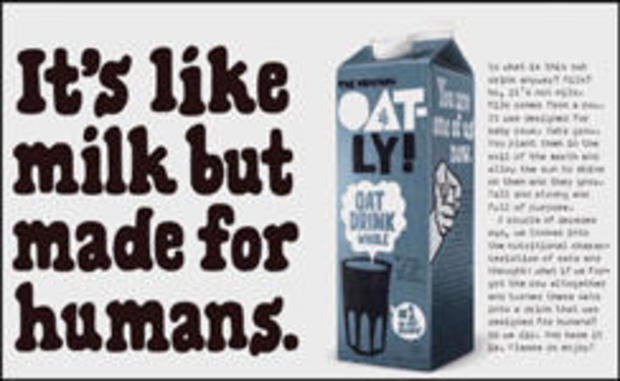 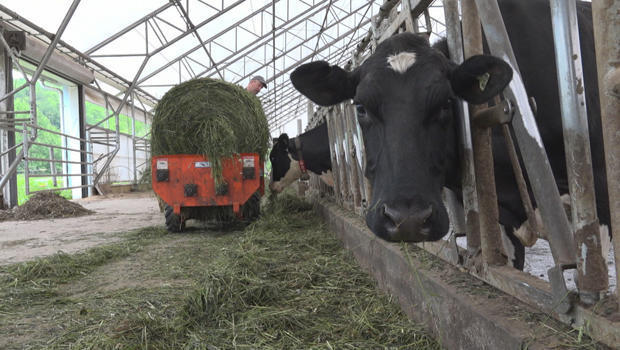