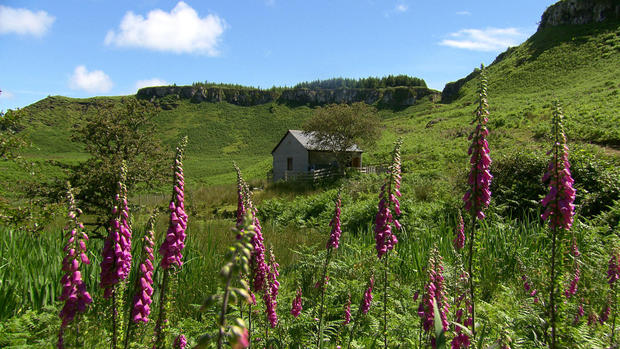 "60 Minutes'" adventure to the Isle of Eigg

Steve Kroft takes viewers off the coast of Scotland to a craggy island, which he calls "an ungroomed masterpiece of nature"

The sounds of the Isle of Eigg are calming—sheep bleat, waves crash, and in the distance, a bagpipe wails. But it's the views that steal a visitor's attention. Craggy rocks rise above unencumbered fields of grass, giving way to an ocean as blue and expansive as the sky.

"60 Minutes" has a tradition of taking viewers on an adventure, showing them a place they've never been and will probably never go. This adventure was to the Isle of Eigg (pronounced "egg"), an island in the Inner Hebrides, 10 miles off the Scottish coast. Just three miles wide and about six miles long, the population last year hit a milestone — it topped 100 residents.

The broadcast's journey to Eigg began by way of other isles, when then-"60 Minutes" co-producer Laura Dodd traveled to the Galápagos Islands in July 2016. She found herself talking to a British couple and telling them that, as a journalist, she's always on the hunt for a good story with interesting characters. They suggested Eigg.

"They explained that it's a kind of glorified bike path that squirms through the whole place," Dodd said. "And it's unspeakably beautiful. And I just thought, 'There's some legs to this.'"

The idea certainly had legs—mostly those of the sheep that populate the island and the sheepdogs that herd them. But it also had a few other appealing elements.

"The way I enticed Steve Kroft, our correspondent, to do the story was I said, 'Scotland, beauty, characters, quirkiness, whisky,'" Mihailovich said. "That was about it."

A few months later, Dodd, Mihailovich, and Kroft disembarked a small boat and took their first step on the isle. Though Eigg does receive visitors — about 12,000 tourists came in 2016 — most spend only a few hours because there are very few places to stay. The "60 Minutes" team doubled up at the island's bed and breakfast, and they also slept in pods — wooden shacks large enough to lay down a small sleeping bag.

The crew was allowed a single vehicle, so the producers rode bicycles, leaving the car for the lights, tripods, cameras and sound equipment.

Well, that and the correspondent.

"Truth be told, Steve never slept in a pod, never got on a bike," Mihailovich said.

Eigg had one grocery shop, one primary school for five students and one pub at the tea room down by the wharf. The island's tiny electrical grid powers it all, and it's run almost entirely on renewable energy — a combination of wind, hydroelectric and solar.

When their reporting was finished, the "60 Minutes" team was reluctant to leave the idyllic Eigg—even Steve Kroft.

"Normally with a correspondent, they're either looking forward to going home or looking ahead to their next production," Mihailovich said. "As we were getting ready to board to ferry to take us back to the mainland, Steve sort of turned to me and said, 'Do we have to go?'"

The video above was originally published on November 26, 2017. It was produced and edited by Lisa Orlando. 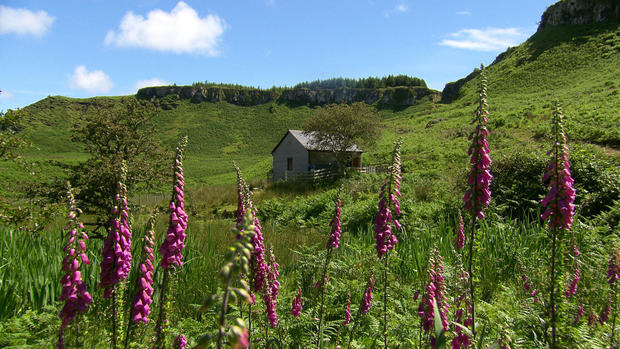 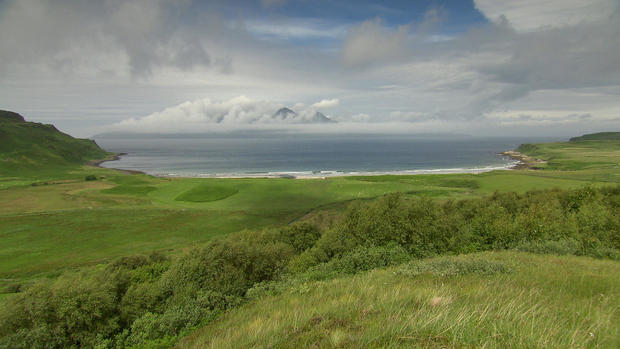 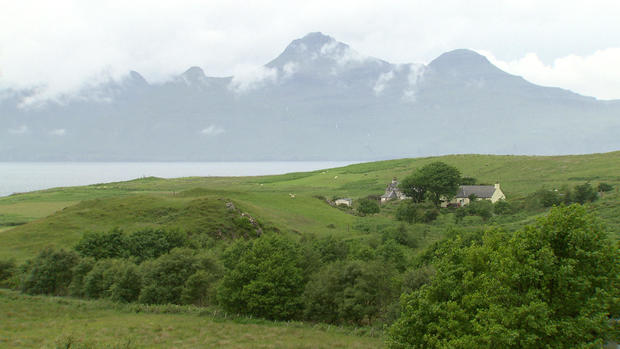 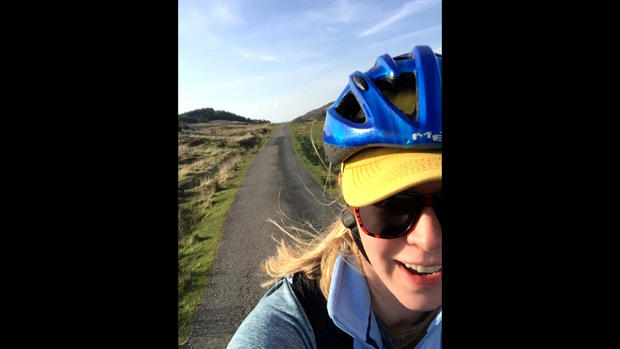 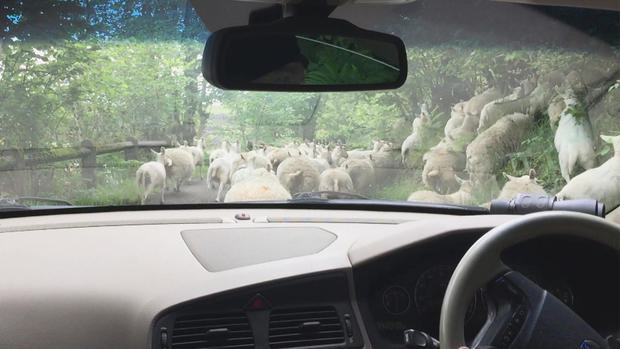 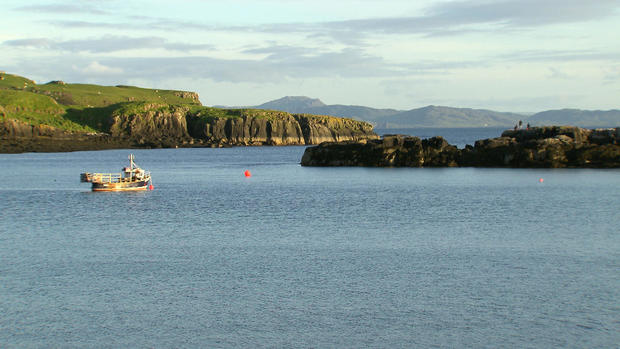 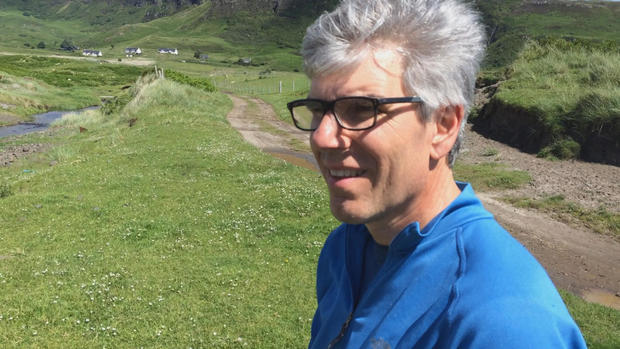 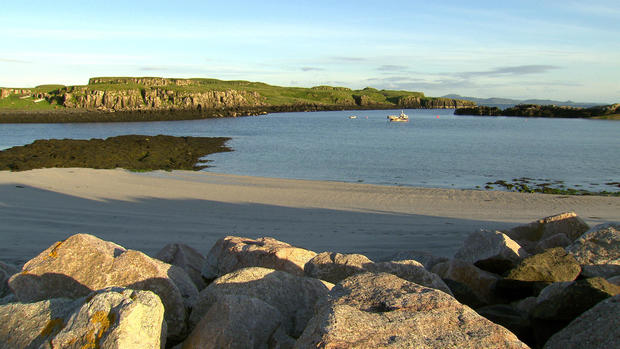 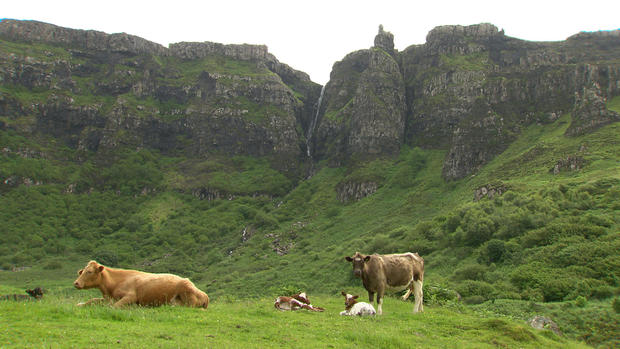 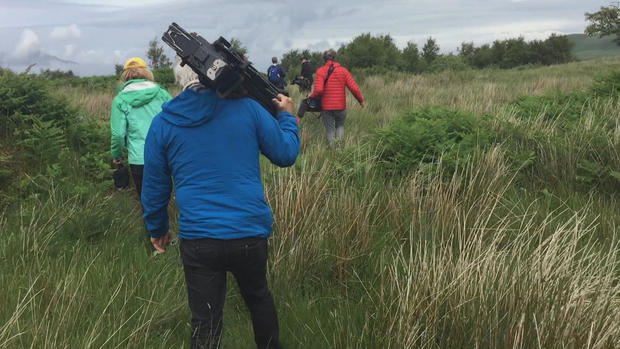