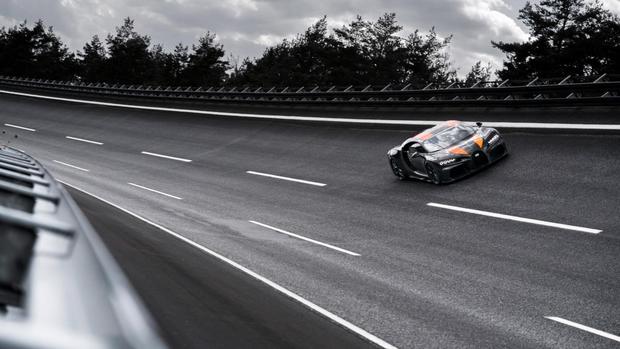 Bugatti announced this week that one of its cars, a modified $3 million Chiron, was clocked at over 300 mph on a test track in Germany. That's the magic number that Bugatti and two other car companies have been chasing, in the quest to build the world's fastest production car.

Immediately following the achievement, Bugatti's president Stephen Winkelmann announced that the company was retiring from the speed record business. "This world record is for all of you," he said. "However, ladies and gentlemen, this was the very last time for us."

But Bugatti's new claim is controversial — some car enthusiasts say that if Bugatti's modified super car isn't sold to the public as-is, they might not actually have won the "race to 300."

"Right now, Bugatti has not announced any plans to build this car – but you'd think that they'd be real dumb if they didn't," said Road and Track editor-in-chief Travis Okulski. "Because they'd be leaving a lot of money on the table, and possibly the actual record for production cars."

Bugatti's competitors said the race is still on. Last April, CBS News visited Texas-based Hennessey Performance, which is trying to make a road-legal, everyday-drivable production car capable of 300 mph. In response to Bugatti's record, the company said that "The car tested is a prototype and not a production spec car and thus does not qualify as a true 'production car.'"

Swedish super-car maker Koenigsegg, which held the previous speed record, agrees."We drove a production version," the company said. "It was actually a customer car." Koenigsegg is hoping to make a run at the record within the next year, in a $3 million car.

"These cars are several million dollars," said Christian von Koenigsegg, who started the company from scratch in 1994. "And people say, 'Oh, you must make a ton of money on each car.' Actually, no. We have normal profit margins on them, but they cost almost as much to make as we sell them for."

"It is absurdly fast and no one should ever drive that fast on a public road. But it is kind of showing what's possible," added Koenigsegg. "Just knowing you have this incredible machine with this huge performance band is exciting. And it also shows what modern technology is capable of."

Koenigsegg is betting on the Jesko to break 300 mph. The car is named after Koenigsegg's father, who helped Christian go after his dream.

"He got totally shocked at the press conference when we unveiled the car and it was his name on the car," Koenigsegg said. "It was a very emotional day, for him and for me."

There's also the Regera, a 1,700 horsepower gas-electric hybrid that Koenigsegg said can reach 280 mph — with a single gear.

Koenigsegg will eventually produce a limited run of 30 of these models a year in their factory on a retired Swedish Air Force base. The old air strip nearby is used as a test track. But it is the Jesko that will take the company into the future — and hopefully the record books.

"Our goal was always to push the envelopes in all directions," he said. "We also wanted the car to be practical. We had decent luggage space. It should be pretty roomy. It should be safe with air bags and have a stereo. We even have cup holders!"

In the world of extremely expensive, extremely fast super cars, bragging rights are key. "It's their Apollo," Okulski said. "It is the moment where they can say 'we've done something no one else can do.'" 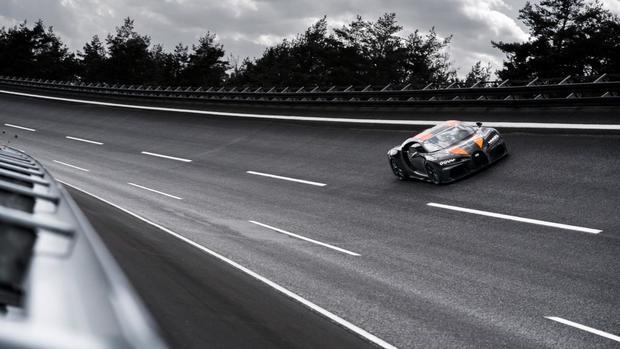 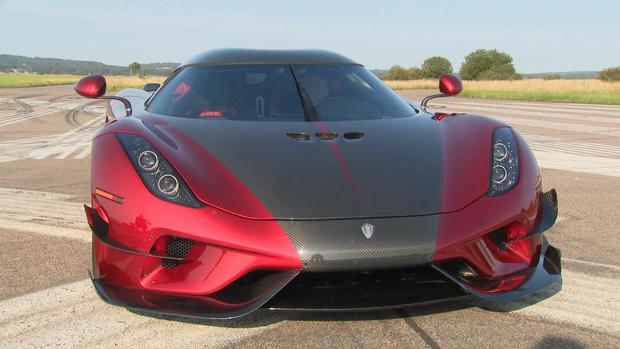