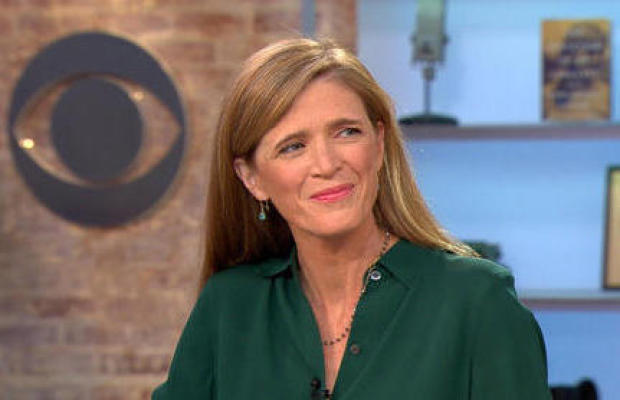 Former U.N. Ambassador Samantha Power says President Donald Trump has threatened America's leadership in the world, and that it will be very hard for our nation to recover from his presidency.

She writes in her new book, "The Education of an Idealist," that the sources of America's strength — diversity, individual rights and global leadership — are under threat.

"We've had a president who's walked away from our alliances; cozied up to regimes that don't respect human rights, for reasons that makes very little sense; and unfortunately attacked institutions that make us very strong at home, and not taken pride in our diversity and indeed kind of shunned it," Power told "CBS This Morning" on Friday. "It's going to be very hard to recover from this period in American history. But there's a hunger out in the world, and there's a need on behalf of the American people, to do so."

Before joining the Obama administration, Power — an Irish immigrant who grew up in the U.S. — covered Bosnia as a war reporter, and campaigned for human rights as the executive director of the Carr Center for Human Rights Policy at Harvard's Kennedy School. She won a Pulitzer Prize for her 2002 book, "A Problem from Hell: America and the Age of Genocide." She became an advisor for President Obama, and served as U.S. Ambassador to the United Nations from 2013 to 2017.

When asked about the impact of a possible deal with the Taliban on America's presence in Afghanistan, Power said, "All of us have to be concerned about what terrorist groups and radical extremists want to do with women — what the Taliban did do to women. We have the track record of that.

"I think the challenge for the American people and the U.S. government and our leadership in the world is, we've been there for 18 years and our soldiers have served five, six tours in some cases and they've borne the brunt of this conflict. We need to pursue a negotiated solution, and try to use the leverage we have, and the Taliban's desire for us not to be there, to ensure some basic protections. We've also trained thousands of Afghan security forces over the years, and the hope is they'll be able to hold their ground and that the Taliban won't revert to what they were doing before the United States got involved in the first place."

"Are you concerned about the impact on Afghan women?" asked co-host Anthony Mason.

"Absolutely concerned," she replied. "I'm concerned about that, but equally, us being there is not defeating the Taliban. Fundamentally we're at a stalemate. And again, after 18 years, I think it's time to bring our soldiers home."

In her book, Power writes about her efforts to juggle a demanding national-security job and the pressures of family.

"One of the themes of the book is not so much 'lean in,' which I also believe in, but also 'lean on,'" she said. "How hard it is for so many parents to balance the work that they do and to feel like they're doing enough for their kids, or for their partner [or] spouse, for that matter."

She describes a scene in the book where she was on a call while her son tried to get her attention to give her the score of a baseball game. "Every parent has that experience of just trying to shoo their kid away, and I happened to be on the phone with the Secretary-General of the United Nations," she said.

"I've not had that experience," said co-host Tony Dokoupil.

As a parent, Power said, she hoped to show women and men juggling work and home — "none of us feel adequate in doing it" — how to soldier on and be resilient.

She also writes, "The people we love are the foundation for all else" — a lesson that came to the fore when her husband suffered an accident.

"I went through this transition of having gotten to serve President Obama and being in the Cabinet of the President of the United States," she said. "January 20th, 2017, turned in my badge, get kind of shooed out the door as President Trump took over. And I was very focused on our politics and everything as I should be. But when your husband gets in an accident, it puts everything in perspective."

She remarked that those priorities — getting the balance right, emphasizing family, and, as she put it, "sowing your own garden" — are also the foundation for having the right kind of politics.

Power also writes about her struggles with fertility while she was working at the White House.

"I was keeping my little private journey and odyssey, my husband and my journey, very private," she said. "You think you're alone and you're the only one going through this, and I happened to mention it to some person, a woman colleague, and it turns out she was going through the exact same thing. And then the more open I was about it, the more I realized there's a community of women who are going through this, and we should just know that there's no stigma to it. It's just sometimes what you have to do in order to have the family that you seek."

"The Education of an Idealist: A Memoir" by Samantha Power (Dey Street), in hardcover, ebook, large print and audio formats, will be available September 10 via Amazon. 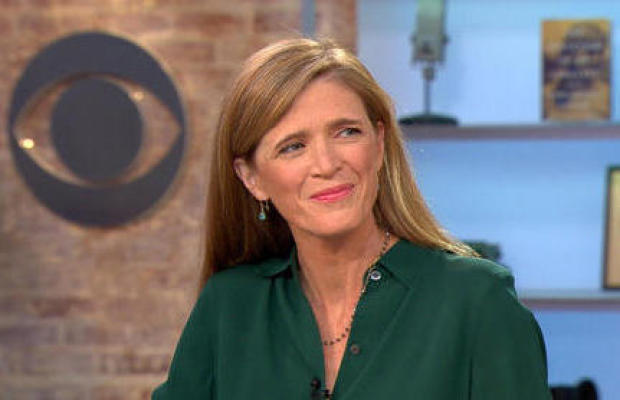 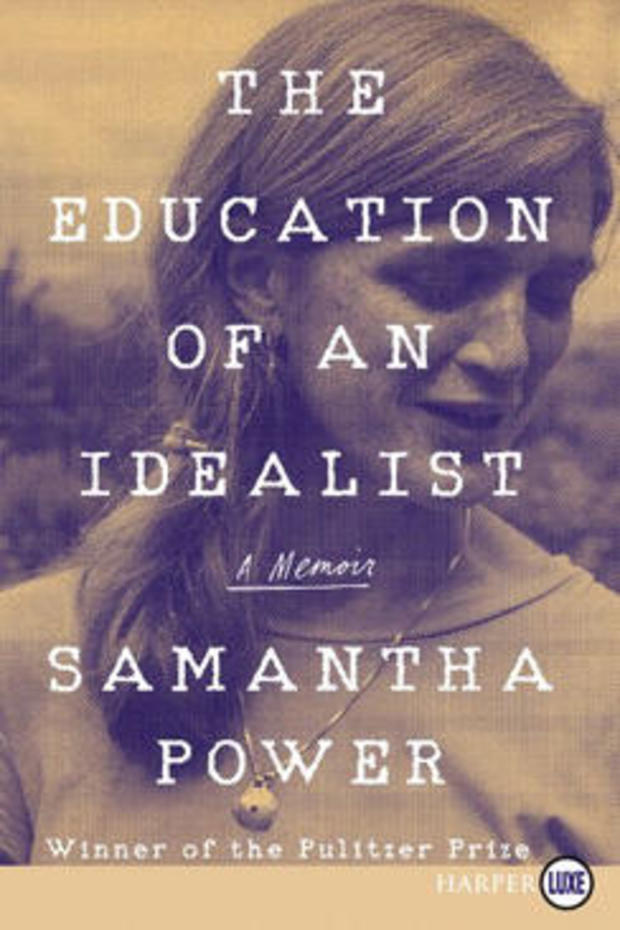