Residents of Florida are bracing for the arrival of Hurricane Dorian as the storm strengthened to a Category 3 on Friday. The National Hurricane Center is warning it could power its way to a Category 4 before its predicted landfall, sometime between Monday evening and Tuesday morning.

"Dorian is likely to remain an extremely dangerous hurricane while it moves near the northwestern Bahamas and approaches the Florida peninsula through the weekend," the center said.

Florida Governor Ron DeSantis declared a state of emergency Thursday for all of the state's 67 counties.

This comes as the Trump administration plans to divert $271 million allocated for disaster aid relief efforts to expand space in migrant detention centers and build temporary court facilities for the government to hold court hearings for its controversial "Remain in Mexico" program.

In other news, the Justice Department will not prosecute former FBI director James Comey for disclosing memos detailing his interactions with President Trump.

A report released Thursday by the Office of the Inspector General for the Justice Department found that Comey violated agency policy by taking home his personal memos and ensuring that they would be leaked to the press.

Although the memos consisted of confidential — not classified — information, the report determined that Comey set "a dangerous example" for FBI officials.

We'll talk to Department of Homeland Security acting secretary Kevin McAleenan (@DHSMcAleenan) about how the administration is preparing for Hurricane Dorian.

CBS News Correspondent Holly Williams (@HollyMAWilliams) will have a report from Syria on the recent airstrikes in Idlib. 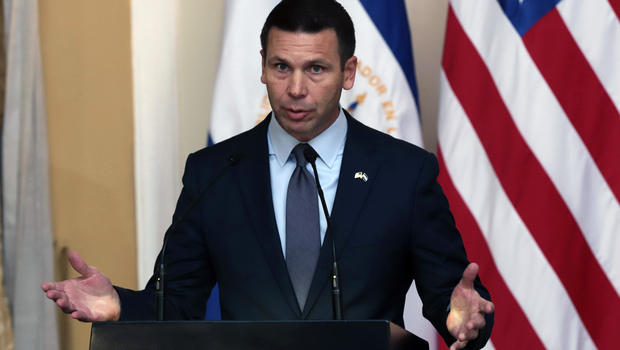