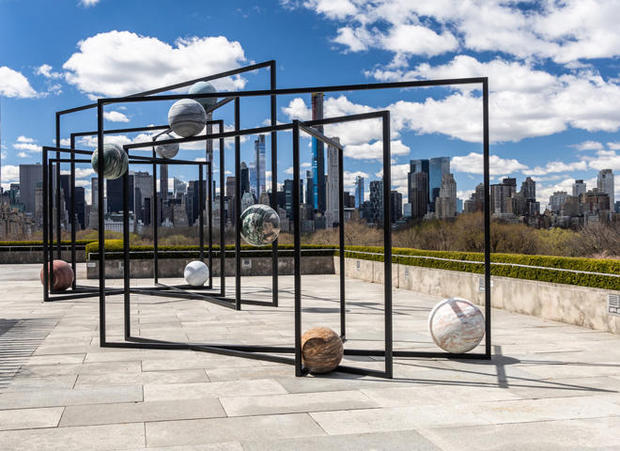 At first glance, it looks like an outer space-themed jungle gym. But Berlin-based artist Alicja Kwade had something else in mind. "Alicja was inspired by the access one has on the roof to the sky," Baum said. "And she wanted to create the illusion that she had brought a piece of that sky down to the roof."

ParaPivit is a two-part installation made up of nine carved and polished stone spheres, representing the planets, that appear to float among intersecting steel frames. This miniature solar system appears to float above the museum's Iris and B. Gerald Cantor Roof Garden.

The artist sourced the stones from around the globe (including Portugal, Norway, India, Italy, Brazil and Finland). "She thinks of these stones as a portrait of the planet, of the rock on which we ourselves are residing," Baum said.

The stones weigh several tons, but are suspended on the steel framework. "There are two pins on either side (of the sphere) that keep the stone in place," Baum said.

The process of actually getting the installation onto the roof required its own artistry: "We wanted to make sure that these two sculptures and all of their parts fit through every hallway, through every doorway, around every corner," said Baum. "It was carted through the hallways of the museum, and so the sculptures are put together like a puzzle."

And like a puzzle, each piece has a specific place, aligned with the New York City skyline in the background. "If you're standing in just the right location, [they] seem as if they're resting on top of skyscrapers in Manhattan, turning the skyscrapers into pedestals for her sculptures," Baum said.

This isn't the first sculpture to score these penthouse views. Over the past few years, the museum's roof has been the site of several temporary installations, turning the space into one of the world's premier locations for outdoor art.

But for Baum, this summer's piece is light years above the rest. She said, "The sky holds the planets, stars, solar systems and galaxies, and Alijia draws your attention to that fact, but also to that mystery."

"ParaPivot I and II" by Alicja Kwade will be at the Metropolitan Museum Roof Garden through October 27, 2019.


More from "Art Under the Sun": 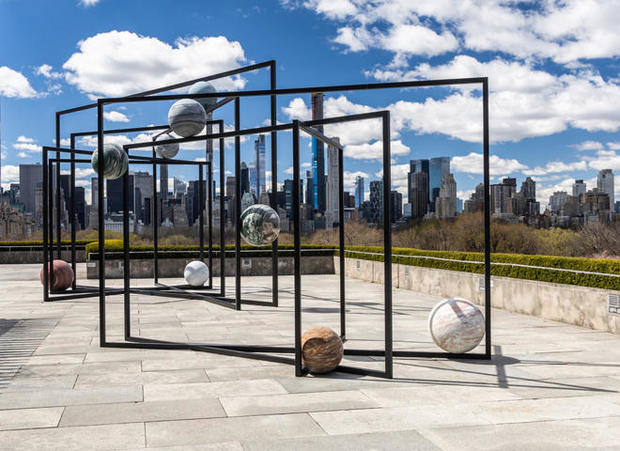 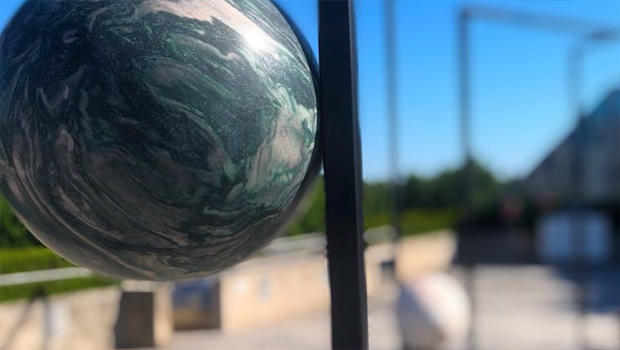