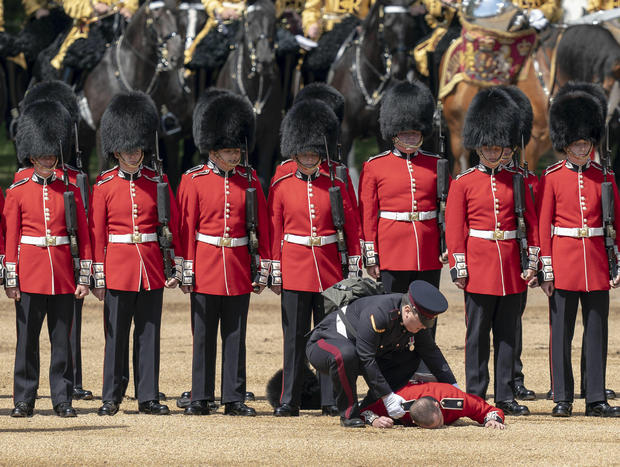 London — On the hottest day of the year in London, the Queen's Guards are quick marching into 100-degree heat. Every one of them is hoping not to faint.

All soldiers are prone to fainting in the heat, even the U.S. Marines. In fact, it's such a problem that the British Army is funding research on how to prevent it.

"Standing for prolonged periods of time, still, that puts you at increased risk," said Major Iain Parsons, a cardiologist with the Royal Army Medical Corps.

Now, if you add heat to that, there's further risk. Talk about adding heat, take a look at the uniform. There are thick wool trousers, a snug jacket and to top it off, a hat with bear fur.

So how do these soldiers prepare? One guard said it's important to drink lots of water, have a good breakfast and wiggle your toes. It keeps the blood flowing and it doesn't show.

The Army research suggests that eating up to four times as much salt as normal also helps, so does exercising in the heat. Which could be good advice for all kinds of people.

"Like policemen, people who are exposed to lots of heat like firefighters, or people just on packed commuter trains, packed buses," said Parsons.

If the Army does work out how to keep the Queens Guards upright, we all stand to benefit. 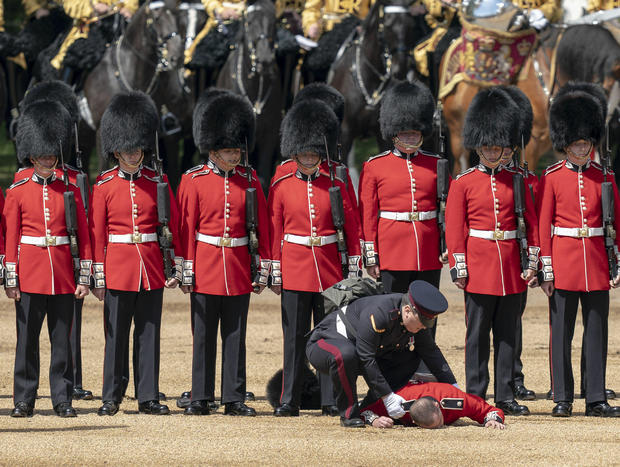