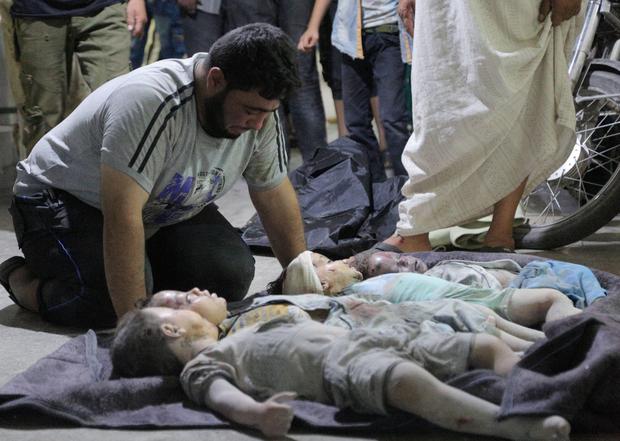 Southern Turkey – More than three million people are trapped under a Syrian bombing campaign as Bashar Assad battles to reclaim the last enclave held by rebels in his country. Idlib is the only remaining opposition stronghold after eight grueling years of civil war.

CBS News correspondent Holly Williams got rare access to the region, where some people are begging the U.S. to help stop the relentless bombing campaign by the Syrian regime and its ally, Russia.

Williams said things in Idlib on Wednesday were normal; there were warplanes overhead, airstrikes and reports of at least nine civilians killed.

For many civilians left in the region, there's nowhere left to run – they're impotent against the faceless killers in the sky.

The guides leading Williams through the devastation showed her a local hospital they said was hit by an airstrike early Wednesday morning.

The regime has attacked hospitals, as well as schools, markets and bakeries. For those who survive the strikes, the destruction of such vital infrastructure makes life unlivable — and that's the whole point.

CBS News visited one of the few remaining hospitals, now a last resort for about half a million people. The Syrian regime and its Russian backers have pushed the local population to breaking point.

Parts of Idlib were eerily quiet this week. Tens of thousands fled the town of Maarat al-Numan after its market was bombed last month. Fifty people were massacred, by some reports.

In the aftermath, one woman screamed hysterically at a news camera, begging for an American intervention.

"We are getting killed every day," she cried. "Mr. Trump, please, please stop this!"

But there is no help. Williams met a family that has carved out a makeshift air shelter underneath their own home. Their children take cover, clutching their teddy bears, when warplanes menace from above. 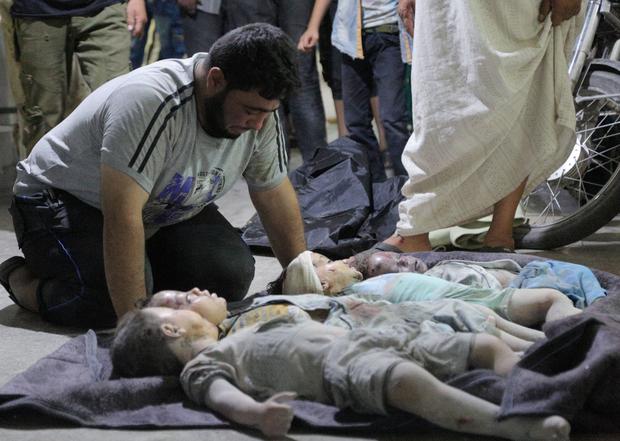