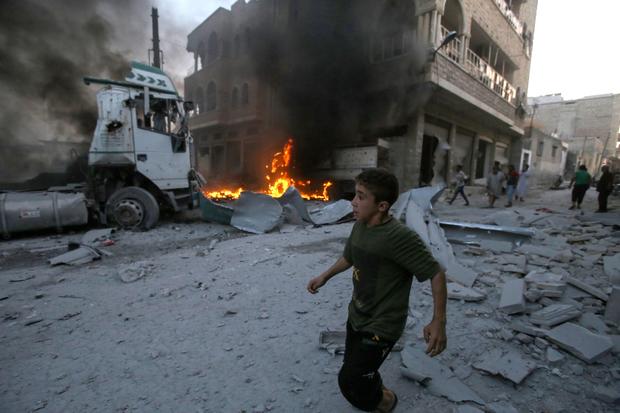 Hatay, Turkey — Syrian government warplanes attacked close to a Turkish military post in Idlib province Wednesday, in a move that could draw Turkey further into the conflict. Idlib is the last rebel stronghold in Syria.

More than 3 million people live in that corner of Syria, and after eight years of civil war, many have nowhere left to run. In one dank bunker, CBS News found children hiding from the insanity above.

A family dug out the cave by hand, an air shelter underneath their own home. When there are Syrian regime or Russian jets and helicopters in the air, the children go down there and take shelter. There are toddlers, clutching teddy bears, taking cover from the bombs of their own government.

Parts of Idlib are now eerily quiet, like the town of Maarat al-Numan, abandoned by tens of thousands of its residents after airstrikes targeted a busy market last month. Fifty were killed, by some reports, a massacre in cold blood.

The Derwish family, who farm olives and cherries on the outskirts of town, have hung on until Wednesday. But now they've packed a few possessions and are heading to a camp. They told CBS News their children are terrified by the bombing raids. Father Jeama Derwish said they're just kids, and when they see jets and bombs, they don't understand.

The Syrian regime and its Russian backers are apparently trying to make Idlib unlivable — and they're succeeding. 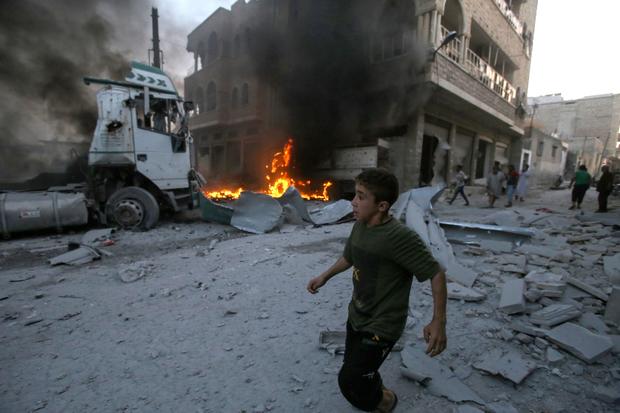