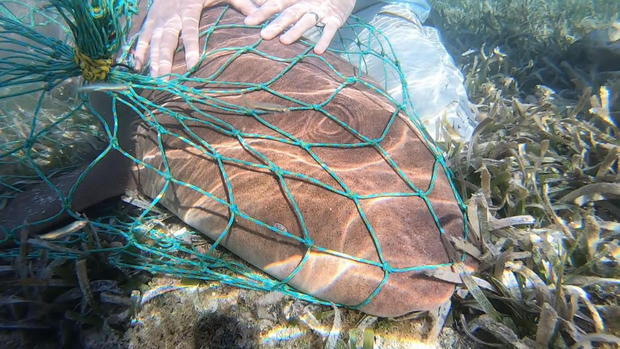 Dry Tortugas, Florida — Something happens in the shallow waters off the Dry Tortugas islands, 70 miles west of Key West, Florida, that happens nowhere else. Every year, like clockwork, sharks gather for their annual underwater mating dance.

Scientists gather as well to catch them, including Wes Pratt and Nick Whitney from The New England Aquarium.
"This is the only place in the world where you can study shark mating behavior on a reliable basis," Whitney said.

They've developed a sly technique, moving toward the sharks as they've got their minds on something else and netting them. It's the kind of thing you'd better get right the first time.

CBS News saw nurse sharks. They're not the most fearsome species, but they can still take a chunk out of you when disturbed and this is the definition of disturbed.
"Before we started, almost nothing was known about shark mating behavior. This particular species is a window into that world. White sharks, blue sharks, hammerheads all mate like this," Pratt said.

All different kinds of sharks are threatened: some are accidentally caught by fisherman, while others are caught deliberately for food in some parts of the world. Without enough sharks at the top of the food chain, the rest of the marine world is out of whack.
"Yes, sharks need our help. They need our research," Pratt said.

Technology is helping that research. Pratt and Whitney not only tag the sharks, they attach cameras and instruments that track movement. The devices float to the surface after a few days, revealing whether the animal has found a partner.

They don't just study the sharks here. They get attached to them, even naming them. In honor of CBS News' visit, they gave one female shark a special name: Norah. 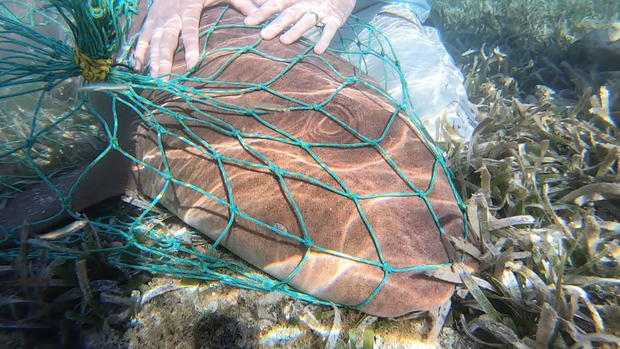 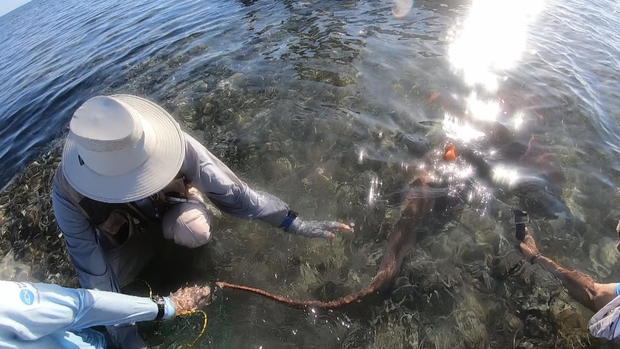