Fayetteville, Arkansas — The indictment of a former doctor at a VA hospital in Arkansas is sending shock waves through the nation's largest health care system. Dr. Robert Morris Levy, 53, is accused of involuntary manslaughter in the deaths of three patients — and he could be responsible for the deaths of at least a dozen others.

Kathy McCoy's husband, Michael, died late last year. He was a proud grandfather of 10 and a retired Army sergeant. In 2014, he went to an Arkansas VA complaining of pain in his leg.

"He was in constant pain. It got to where at the end he couldn't walk … he would crawl a lot," McCoy told CBS News. "They kept saying it was arthritis."

She said it ended up being a blood clot in the leg.

McCoy's case is one of thousands under review after VA pathologist Robert Levy was accused of manslaughter in the deaths of at least three veterans by misdiagnosis or falsifying their diagnoses.

"We looked at the most serious cases and the cases that were the most prosecutable and those are the three cases that we feel confident that we can take into court and get a conviction," Duane Kees, the U.S. Attorney for the Western District of Arkansas, said.

Levy was chief pathologist at the Veterans Affairs Medical Center of the Ozarks for more than a decade, but he was fired last year after he was accused of working while drunk.

The federal indictment accuses him of practicing while intoxicated by drinking a potent form of alcohol called 2-methyl-2-butanol — or 2M2B — a form of alcohol that can't be detected in a common drug and alcohol test.

Levy can be seen in police bodycam footage said to be from a 2018 DUI stop. It was released by a law firm representing some of his alleged victims.

An 18-month VA investigation into more than 30,000 cases under Levy's supervision found 3,029 showed errors or misdiagnoses, and concluded they may have led to at least 15 deaths, some from cancer.

McCoy explained that her husband felt like he trusted a system that ultimately failed him.
"I think there, at the end, he knew they had failed him," she said.

McCoy is buried here at the Fort Smith National Cemetery. But his family wonders if a proper diagnosis could have saved his life. In a statement, Levy said he's innocent and will defend himself vigorously.

If convicted of all counts, Levy faces a sentence of up to 524 years in prison and $7.75 million in fines, Kees said. 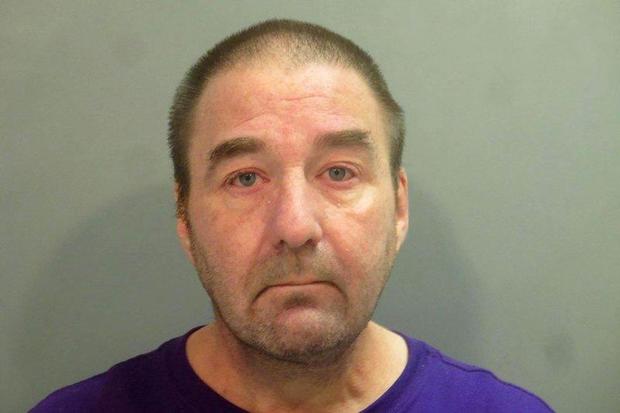