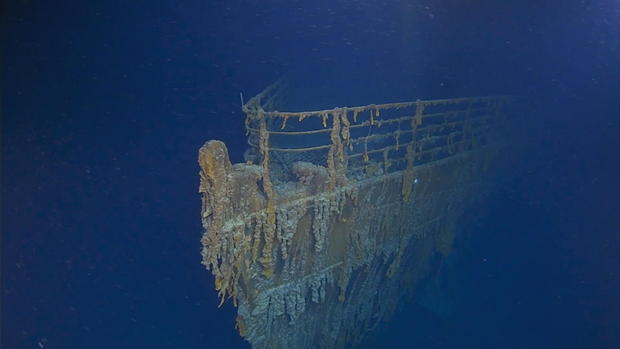 By Charlie D'Agata CBS News August 21, 2019, 6:57 PM Metal-eating bacteria and corrosion could cause the Titanic to disappear

London — Time and tides have been unkind to the Titanic and it's disappearing at an alarming rate. Explorers on the first manned voyage in nearly 15 years were astonished by its rapid decay.

"Probably the most shocking level of deterioration was the starboard side of the officers' quarters, where the captain's quarters are. The captain's bathtub is a favorite image among enthusiasts and now that's gone," said Titanic historian Park Stephenson.

Captain Edward Smith's bathtub, who, like most of its seamen, went down with the ship. Gone too are the liner's grand staterooms, reclaimed by nature, lost to the sea.

Metal-eating bacteria has been devouring the shrinking vessel. Saltwater corrosion and sea currents have been swallowing up crumbling stalactites of rust. But portholes are still intact, offering a glimpse into its past.

It's an inglorious end to a vainglorious beginning, when the Titanic made its maiden voyage in 1912. The ship famously hit an iceberg, killing 1,500 people.

Researchers now say it may only be a couple of decades before the ship has all but vanished. With survivors of the disaster now having passed away, the Titanic's wreck itself is the only witness left to tell its story. 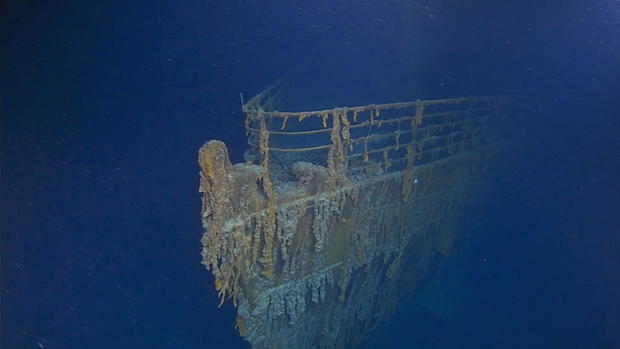