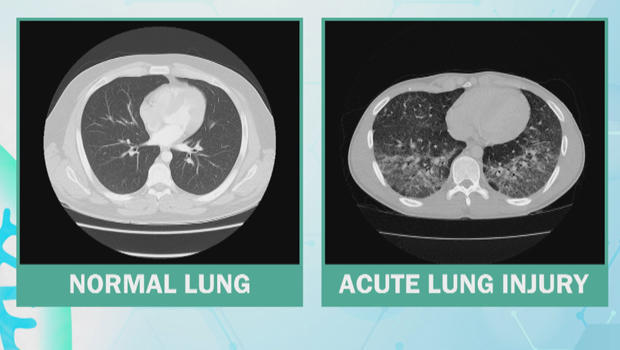 "It felt like I was genuinely having a heart attack," said 18-year-old Chance Ammirata, who was describing the feeling when his medical emergency began about three weeks ago.

"I would say my chest felt like it was collapsing and tightening up and I couldn't breathe."

Emergency room doctors told him his right lung had a hole in it and had collapsed.

"I just freaked out – they said, 'Your lung has collapsed. You have to go to surgery right now.'"

His Instagram posts include the tube doctors put in his chest.

Two days later, a surgeon operated to repair the hole in his lung. His surgeon told CBS News Ammirata's lungs were inflamed, which could have come from something he'd been inhaling.

Ammirata, who had never been a traditional smoker, said he started using Juul e-cigarettes a year and a half ago, when he was 16. He now believes Juuls caused his lung injury.

So he's started a social media campaign (#LungLove) to get others to get rid of their Juuls. Thousands of messages have poured in over the past few weeks.

One message read: "You inspired me to stop, as well as many other teenagers. I used to vape for about 2 years now, and I have finally decided to stop."

Ammirata told "CBS This Morning" consumer investigative correspondent Anna Werner, "I didn't know I'd be able to reach people from all around the world. It really just touches my heart."

Doctors told CBS News it's possible Ammirata's vaping may have contributed to a small pocket in his lung blowing out, causing the lung collapse.

But around the country, the CDC and state health departments are now investigating something else: what the CDC calls "94 possible cases of severe lung illness associated with vaping" in 14 states from June 28 to Aug. 15 of this year. It's not clear which brand or product the individuals used or what substance they were inhaling.

"They don't fit anything else that we had previously worked on [or] understood about lung disease that's more typical in teens," Chapman said.

"So, essentially you're seeing a pattern?" asked Werner.

In the example below, the left image shows an X-ray of a normal lung in a cross-section view. On the right is that same cross-section view of a patient in Hawaii whose doctor said he has the same type of acute lung injury associated with vaping.

Chapman said her patients decline rapidly in just a week: "They go from healthy adolescents to really in a life-threatening situation."

Chance Ammirata said his experience frightened him, but the response was inspiring.

"If I'm able to have such an effect on the world, I think I would go through it again just so I could help as many people as possible," he said.

While Juul declined to comment on Ammirata's case, the company said it is monitoring the reports on the other widespread lung injuries. 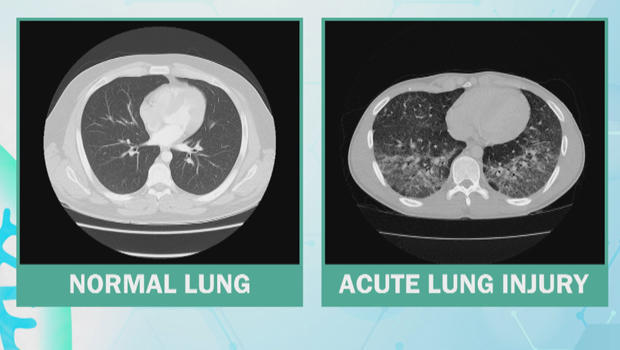