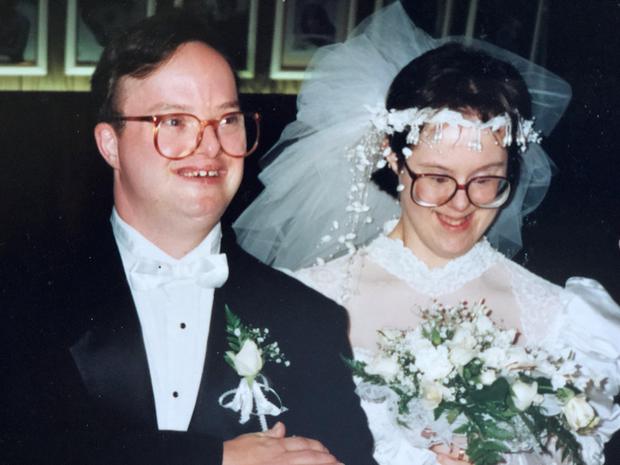 By Steve Hartman CBS News August 16, 2019, 6:56 PM Widow with Down syndrome shows the power of love after husband's death

Deep in New York's Adirondack Mountains, family and friends gathered to help 59-year-old Kris Scharoun-DeForge pay tribute to her remarkable husband. "He got me laughing and everything. He was the one for me," Kris said.

Kris and Paul met in 1988 and after dating for five years, they became one of the first couples in the world with Down syndrome to get married.

"I proposed to him," Kris said. "I whispered in his ear, 'Would you marry me?' And he looked up at me with this big beautiful smile and he shook his head 'Yes!' And that's when I knew."

But Kris' sister, Susan Scharoun, said it took a lot more than "yes" to get them to "I do." There were marriage classes, counseling sessions, and a whole lot of pushback from the supposedly able-minded people.

"Yea, there really was quite a bit of resistance. There was a feeling that it was like children getting married versus two very capable adults," Susan said.

Today, people with Down syndrome who want to get married still face resistance. There's still some question as to whether couples like Kris and Paul love as deeply as the rest of us. And, in fact, we saw evidence that maybe they don't — maybe their love is deeper.

At the end of the ceremony, Kris spread a portion of her husband's ashes near the lake where he loved to fish. The rest will be mixed with hers one day and buried together.

"You were the best wife any husband could ever have," Susan said.

An intensely intimate moment, shared with you today for a reason.

"What I hope is that other families will entertain this, you know, other people will recognize the importance of this kind of intimate love," Susan said.

"People like us need to have a chance," Kris said. "A chance to find the man of your dreams, like I did."

When asked if she is going to be able to be happy again, Kris said she didn't know.

Even if she doesn't succeed, Kris said it's still far better to have loved and lost, than to be told you can never love at all. 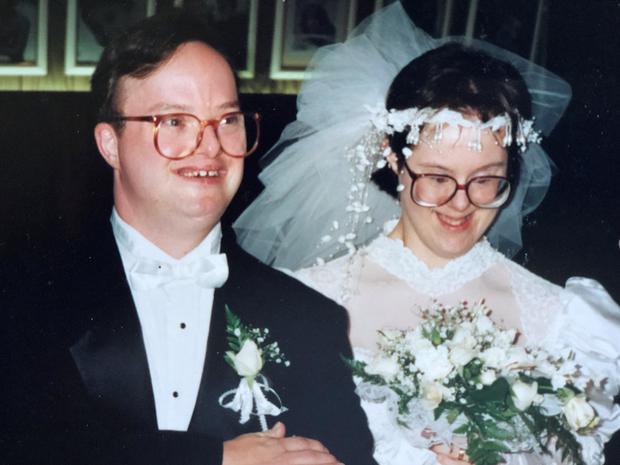