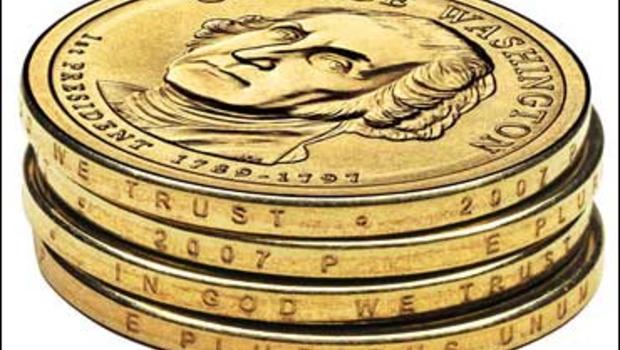 Thursday, with fanfare befitting an inauguration, a new coin went into circulation: the first in a series of Presidential dollar coins.

United States Mint director Edmund Moy says he hopes that this time the gold-colored dollar coin will catch on.

"In laundromats, car washes, parking meters, it's going to be more convenient, plus lighter than carrying four quarters around," he said.

Excitement was running high among kids and adults, but not because they wanted the spending money, but many were there because they are numismatists, or coin collectors like Scott Travers.

According to Mint statistics, there are now 140 million Americans who collect coins. Some professionally, but most, just for the fun of it. For Laura Robbins, it's all about the art.

Joe Menna is the artist who drew and sculpted George Washington's face on the golden dollar. He even gets to sign his work. His tiny initials can be found on the coin.

"This is going to sound really corny, but it makes my kids happy my oldest daughter's nine years old, you know, she's like a celebrity now, with this stuff in school," he said.

It was the 50 state quarter program that triggered this numismatic fever back in 1999, when the U.S. Mint began issuing a new state quarter every ten weeks. Designs are decided by contest, state by state. It turns out, with millions of new collectors hoarding billions of new coins; the quarter program is worth a small mint: $6 billion so far, to be exact. Each coin costs the Mint only 9 cents to make, the rest is pure profit.

Right now, millions of Montana quarters are being cut and stamped, and counted and bagged at the Philadelphia and Denver mints. Washington State's quarter, designed by Susan Gamble, is next to go into circulation. Gamble's design won the contest. She's been a finalist in four state quarter competitions, but Washington is her first win. She is a graphic designer by trade, but designing coins, at home, in her spare time, is her passion.

"I dream about it. Sometimes I'll go to bed and get a few hours of sleep, then I'll get up and work all night long," she said. "Obsession is the word that one of my family members has used; it's a passion it has to be right."

"It's an honor," she said. "I believe all of us are passionate about art about getting art in people's hands." 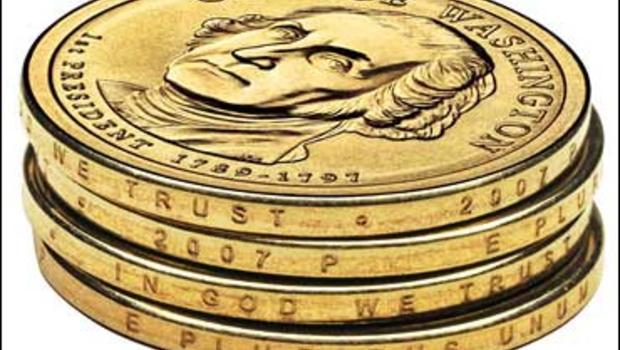 Tropical Storm Beta could drench parts of Texas and Louisiana

How the Supreme Court will function with 8 justices ahead of...