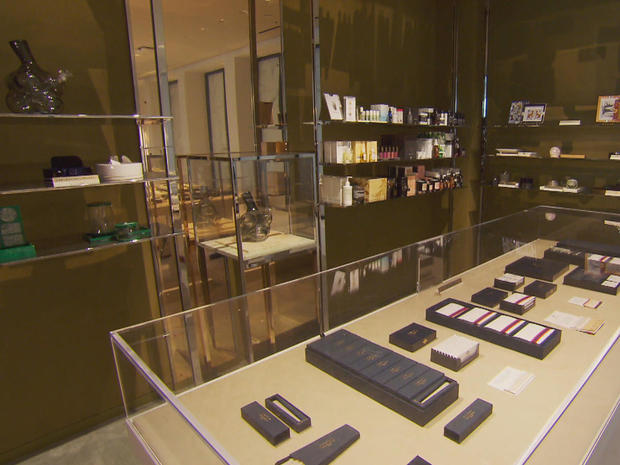 With recreational marijuana now legal in 11 states and the District of Columbia, it's clear that pot has gone mainstream – and so, too, has pot paraphernalia, once only sold in small, low-end smoke shops. With worldwide spending on legal cannabis expected to hit $16.9 billion this year, a well-known name in retail is looking to get in on the action.

Barneys New York, one of America's best-known luxury retailers, is now offering a new kind of indulgence. In their Beverly Hills store, just off the main floors with their fashion displays, is The High End, a specialty shop dedicated to marijuana accessories.

And Barneys being Barneys, price is no object.

Take the unique gift set from Devambez, a French company that once made stationery for royalty. It's so exclusive Barneys employees only handle it with gloves.

Their $8,000 gift box includes rolling papers and accessories, with a solid gold rolling tray, and a gold tamper that has the shape of the queen's scepter.

Matt Mazzucca, the creative director at Barneys, said the national expansion of pot legalization finally reached a tipping point for the company. "You could see and smell marijuana in the store, and you can tell customers were engaging with it," he said.

"Could you imagine that Barneys would have an area dedicated to cannabis?" asked correspondent Jamie Wax.

"No. I think that the voice that I've been able to kind of develop within this company has allowed for this kind of opportunity to come up, because our brand is based on addressing cultural shifts."

With far more experience in fashion accessories than the kind used for smoking pot, Barneys needed a collaborator to help curate the line. They found one in Beobe, an L.A.-based luxury cannabis vendor known for their celebrity clientele.

"They may be the first, really, classic sort of specialty department store to do it in what I would think is a relevant way, because what retail needs right now is relevance," said Leslie Ghize, from Tobe, a consumer and cultural think tank. "Relevance is sort of where the consumer and culture meet. And the legalization of marijuana is a cultural moment, and it syncs up really beautifully with where the consumer's interests and instincts are right now."

Barneys may be the first major retailer to open a cannabis lifestyle shop. But other, smaller venues are already catering to the luxury market, including Higher Standards, with outlets in New York and Atlanta.

"We felt there was a real need for this type of store, because as legalization changes across the country the traditional consumer is shifting," said Higher Standards general manager Eric Hammond. "There are recreational uses in recreational markets, and all of these types of consumers come to expect a much higher level of experience in all aspects of their life, and this should be no different."

Jessica Cadmus is a stylist who created Rogue Paq, a luxury marijuana carrier case. "I was seeing toiletry bags, I was seeing pencil cases, shoeboxes, all kinds of unsophisticated ways to hold the ritual," she said. "I did some investigation, and then ended up designing something, 'cause I really didn't find anything that I thought was beautiful."

Like Barneys, Higher Standards found collaborators, like top home product designer Jonathon Adler, to create a line of accessories, including coasters and ash trays. And then there's the $1,400 weed grinder.

And if you think about it, luxury products like these, dedicated to enjoying intoxicants, aren't really all that new.

Wax asked, "Is this the same thing as Barneys selling beautifully cut glassware or liquor decanters?"

"A thousand percent," Mazzucca replied. "With the culture in Los Angeles, people are shifting from a fine wine to a fine strain of cannabis."

"We did a huge exploration and survey of the category, and there sommeliers that will advise on the best strains and food pairings. There really is an ever-evolving kind of language behind this."

The team at Barneys was also cautious, spending almost a year exploring what this new kind of smoke shop would look like and how it would be positioned for its target audience, and studying the legalities of what was permissible and how it is messaged.

Wax asked, "What do you see as the future of this? How big can this get?"

"The more it's accepted, the more it's less stigmatized. I think we'll see a lot of innovation within this category," Mazzucca said. 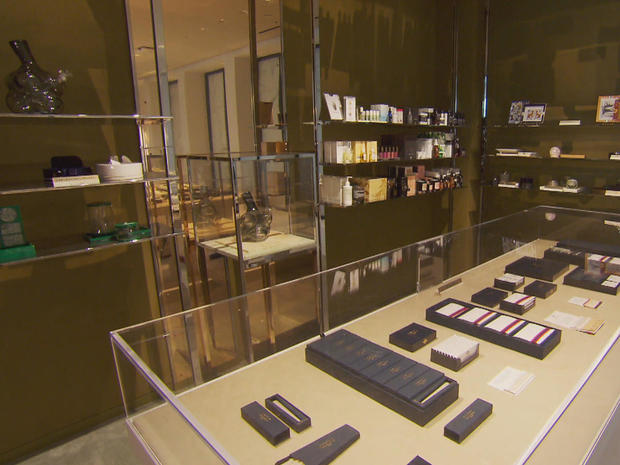 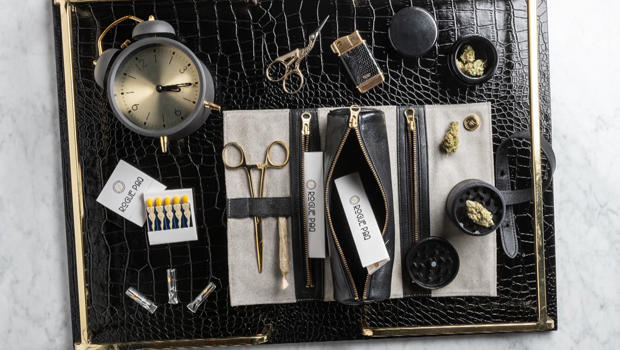 What Amy Coney Barrett said in 2016 about confirming justices in...

Social Security's 2021 increase may be among smallest ever