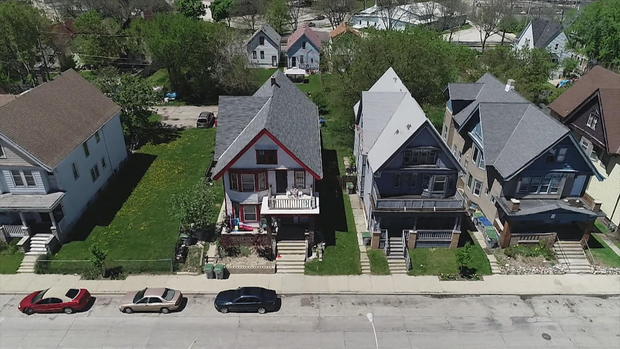 In our series, A More Perfect Union, we aim to show that what unites us as Americans is far greater than what divides us. In this installment, CBS News national corresponded Chip Reid introduces us to a couple determined to improve their Milwaukee neighborhood.

One woman's life — and her Milwaukee neighborhood, Lindsay Heights — changed forever when she hired an electrical contractor to work on her childhood home.

She offered Larry Adams a cup of tea. "At the time, I'm drinking maybe a pot of coffee a day, smoking two packs of cigarettes a day, and I'm moving," Adams recalled during an interview with CBS News national correspondent Chip Reid. "And I said, 'Yes.'"

He wasn't her contractor for long. Sharon and Larry Adams fell in love. "After I rewired the house, I fired myself — because that's a conflict of interest," Larry said. "So, I've been working pro bono ever since."

But Larry's work in the neighborhood where Sharon grew up, which had been blighted by riots, was far from complete. The two decided to take action when they spied the flickering lights of crack pipes on New Year's Eve approximately two decades ago.

"I asked you to fix it," Sharon said to Larry.

With the help of hard work and donations, the couple has now restored more than 100 homes over the past two decades. But home renovation is far from their only contribution to the neighborhood: They've planted gardens, and even a peach orchard.

And their work is paying off in other important ways: Making the neighborhood look more livable is attracting businesses to the neighborhood, which in 2015 opened its first restaurant, a juice bar.

Changing the physical landscape of the neighborhood has also provided hope and opportunity to residents like Henry Hopkins and Darius Wade.

Hopkins once dreamed of being the biggest drug dealer in the neighborhood — but now, he runs a landscaping crew run by the Adamses to beautify the blocks. "Every day, they're pushing me," Hopkins said. Larry tells him "he got plans for me, you know?" Now, he said that he plans to start his own business.

For his part, Wade hopes to make his neighborhood safer by becoming a police officer. "I want to show that you can grow up in this area and still make it out and be somebody," he said.

In spite of their many contributions, the couple said they weren't the first who wanted to make their community better. "And we will not be the end," Sharon said. 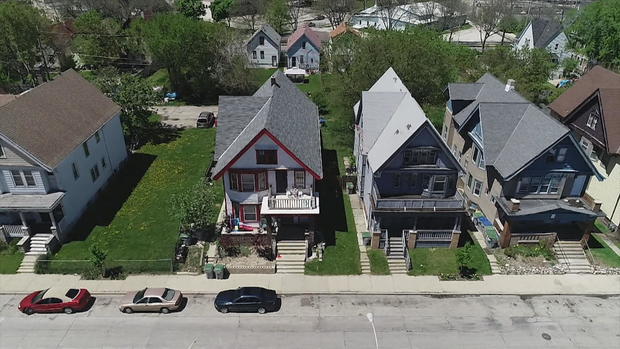 When will a coronavirus vaccine really be ready?

NYC employees are returning to the office — is it too...