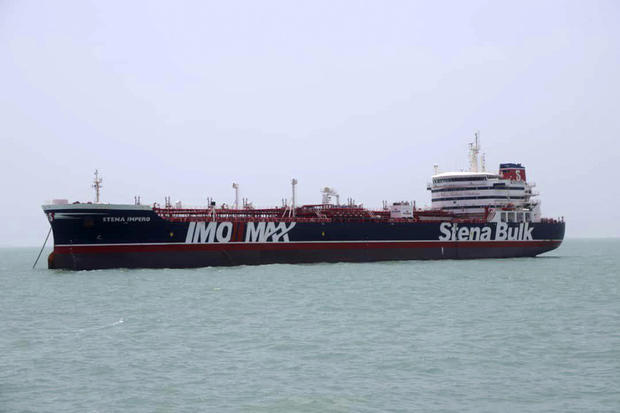 Britain is warning Iran of what it describes as "serious consequences" if Iran does not release a British-flagged tanker it seized in the Persian Gulf. Iran claims the tanker collided with an Iranian fishing boat in the Strait of Hormuz.

"We will respond in a way that is considered but robust and we are absolutely clear that if this situation is not resolved quickly there will be serious consequences," British Foreign Secretary Jeremy Hunt said on Friday. "We're not looking at military options, we're looking at a diplomatic way to resolve the situation, but we are very clear that it must be resolved."

Germany and France on Saturday also called on Iran to release the tanker. President Trump on Friday commented on the increasing tension in the strategic oil shipping route. "Trouble, nothing but trouble," he said from the White House.

CBS News was traveling in Afghanistan with General Frank McKenzie, the top U.S. military commander for the Middle East, when the two British tankers were seized. McKenzie told CBS News exactly what happened: the first ship was flying a British flag as it passed through the Strait of Hormuz at the mouth of the Persian Gulf.

"She was fired upon, subsequently boarded, taken under Iranian custody and is now deep in Iranian territorial waters," McKenzie explained.

The second British tanker was flying a Liberian flag. "The Iranians boarded her. We believed they searched for British persons, found none and then allowed her to continue her voyage," he added.

Three hours later an American-flagged cargo ship, the Maersk Chicago, went through the strait with what McKenzie called "iron overhead" meaning F-18 fighter jets flying air cover. The Iranians left it alone. The U.S. now has warships stationed at either end of the strait.

"Do those destroyers have orders to intervene if they see another ship hijacking?" CBS News asked.

"They would only do so in the case of a U.S. flag vessel coming under attack," McKenzie said.

Mr. Trump has made clear he does not want war with Iran. McKenzie told CBS News the U.S. military is determined not to overreact. 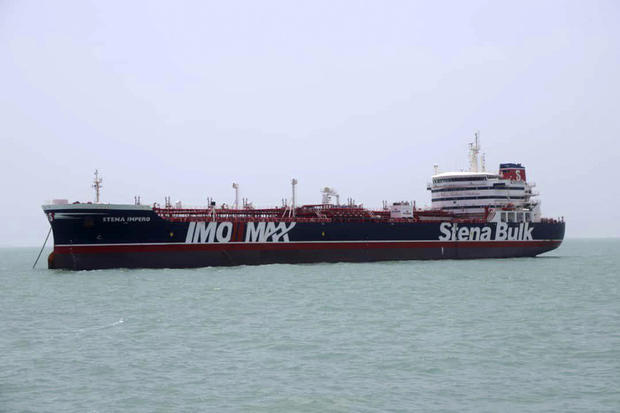 Feds say a handful of ballots were discarded in key Pennsylvania...