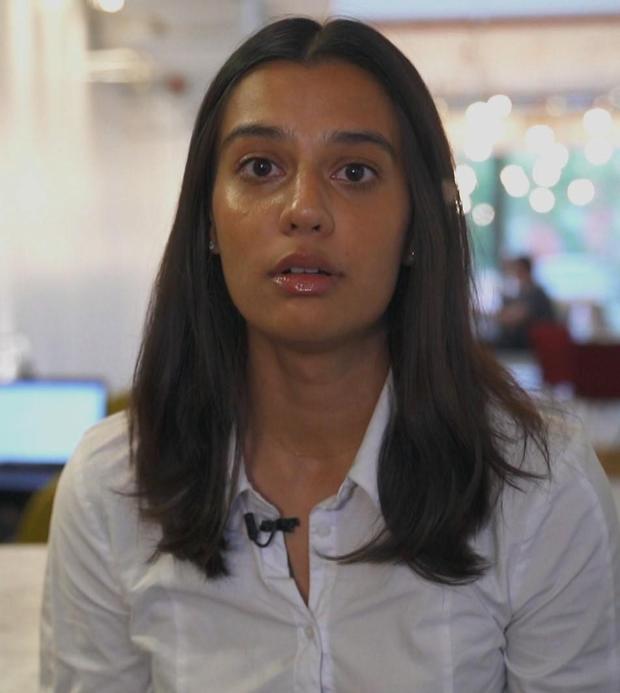 Democratic and Republican lawmakers are condemning the "send her back" chant that erupted during President Trump's rally in North Carolina this week as ugly, wrong and racist. Though the president is now trying to distance himself from that chant, it came just days after he attacked a group of Democratic congresswomen of color, telling them to "go back" to where they came from. All four of the lawmakers are American citizens and three of them were born in the U.S.

The words echo America's long and painful history of telling U.S. citizens of color they do not belong here. CBS News spoke to a number of Americans who have had those hateful words spoken to them.

Here are some of the stories they told us.

"I was chasing this very thing that wouldn't accept me"

"I have been told countless times to go back to my country. So many times that I can't even remember."
"I was chasing this very thing that wouldn't accept me. At the same time, I was leaving behind parts of my Indian heritage. I had asked my parents to stop packing me Indian lunches that my white counterparts told me it smelled too bad."
"Now I feel fearful for my peers of color. I feel fearful for children of immigrants. I feel fearful for immigrants."

"For someone to tell me to leave … is so emotional, even more than a racial slur"

"Something about white nationalism was trending at the time, and I replied. This person replied to me. He was telling me to go back to India. I've only been there twice, I don't speak the language. I asked if I could go back to Ireland instead since my dad is from there and he said no, I wouldn't belong there either. It was someone genuinely expressing their want for me to leave."
"I feel very deeply American and have deep pride for this country and what it stands for. I have a lot of love for this country — what it could be and what it is. I have a lot of respect for the founding principles of this country. For someone to tell me to leave, because I feel so deeply American, is so emotional, even more than a racial slur. That doesn't bother me as much as someone telling me to go somewhere else because I don't belong anywhere else. I belong here."

"You're either American or you're not. Citizenship is just a yes or no question."

"I shouldn't have to justify my existence here. I shouldn't have to justify I belong here but sometimes you just have to say it. I'm just as American as anyone else."
"I think one of the layers of that, that is the scariest is that the crowd was talking about sending her back for criticizing the U.S … and when you think about Bernie Sanders, he criticizes America every day and nobody ever tells him to go back to where he came from."
"You can't put all Americans in a spreadsheet and say well you're more American than me because your ancestors have been here longer than mine or you were born here and I wasn't. You're either American or you're not. Citizenship is just a yes or no question."

"This is the only land I've ever known"

"I'm brown and when you live closer to the border people assume brown skin means you can't be from here. The Southwest is very rich with native culture, but often people see the brown skin and say you're not from here. My ancestors are originally from here. This is the only land I've ever known, but society says because you don't fit the traditional mold of what American citizens looks like, they 'other' you and assume you can't be from here."
"When I told people I'm from New Mexico they'd say you speak English very well, and how long have you been here?"
"I have a large family. If we travel together people make comments like go back to where you came from."

"Sometimes they were just questions of like, 'Where are you from?' And I would say 'Dallas' and they would say 'Well, no, I mean really where are you from?' Well, Oklahoma originally."
"I think the 'send her back' chants were among the most frightening things that I've seen in a long time. I think it really elevates this to a different level … It really comes as a sucker punch that, gosh, maybe your place in this country isn't quite as secure as you think it is."
"This country has been amazing to us, and yet, I think a lot of people have had thoughts over the last few years like, 'What if this doesn't last, what if this isn't permanent?'"
"People love this country and the idea that this country only belongs to some people, I think we need to flee from that as quickly as we can."

"I've heard 'go back to your country' enough times that I've stopped counting. The first time I was a child, and thought it was a joke, not knowing it was a hostility to which I would grow accustomed."
The last time was in a bar in Minneapolis, visiting a friend on winter break during law school. A man who identified himself as a police officer began by asking a familiar precursor: 'Where are you from?' Warily, I responded, 'I grew up here.'
This escalated to, 'Where are you really from,' and then 'I know where you're from,' which, incidentally, he did not. He yelled, 'Go back to your f***ing country you Afghanistani.' I didn't correct him, because I didn't believe he'd be any friendlier knowing I was born in Mexico.
He threatened to shoot me, telling me that because he was an officer no one would care. I immediately left and walked my friend home. When I came back I spotted a man pacing in the parking lot from half a block away. Terrified, I waited behind a wall in the cold for half an hour until he left. I got in the car, drove home, and feeling my resolve finally collapse, I sobbed."

"I've been told numerous times to "go back to my own country" and I am a natural born American citizen. Why? Because I'm half Asian, have a Latino-sounding name and I'm fluent in Chinese and Spanish? Hating your country and wanting to make it better by asking more is not the same."
"Anytime I would complain about the subway or MTA, I would critique it and say other countries do this better than us. Or I would ask 'Why do so much of our taxes go to military spending, why can't it go to free health care?' And they say, 'Well if you don't like it, just go back home,' or they'll say, 'You don't have to be here.' Sometimes they'll add expletives. It's a lack of empathy."
"It makes me angry. It infuriates me. I don't want to engage anymore, people that are like that, but at the same time, I feel it's a civic duty for them to understand what you're saying is hurtful, that I'm an American just like you and why wouldn't you want to make this place, a place where you live, a better place?" 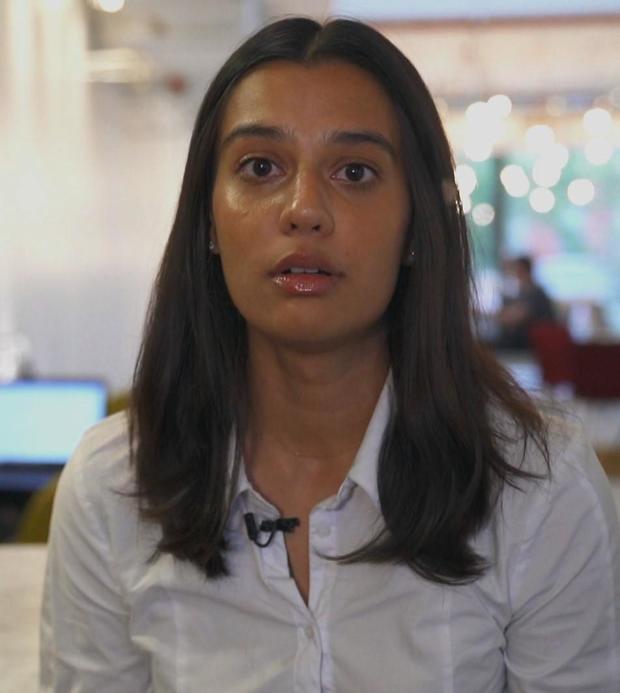 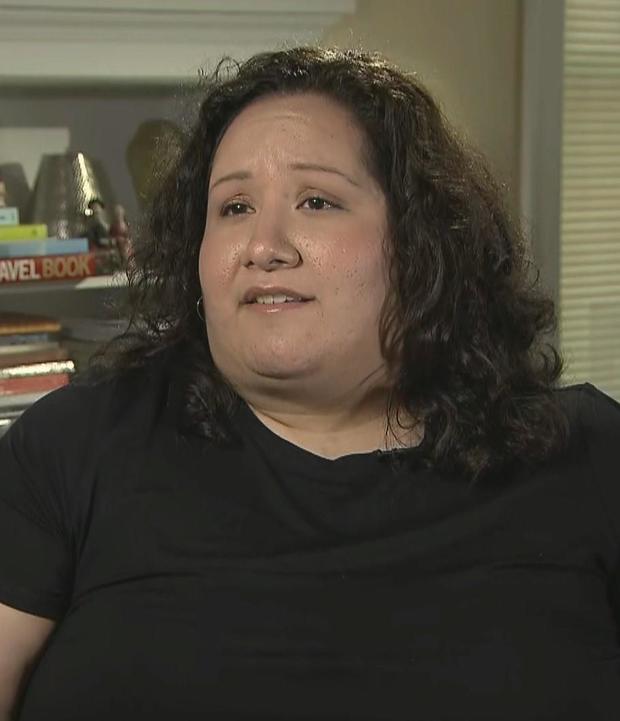 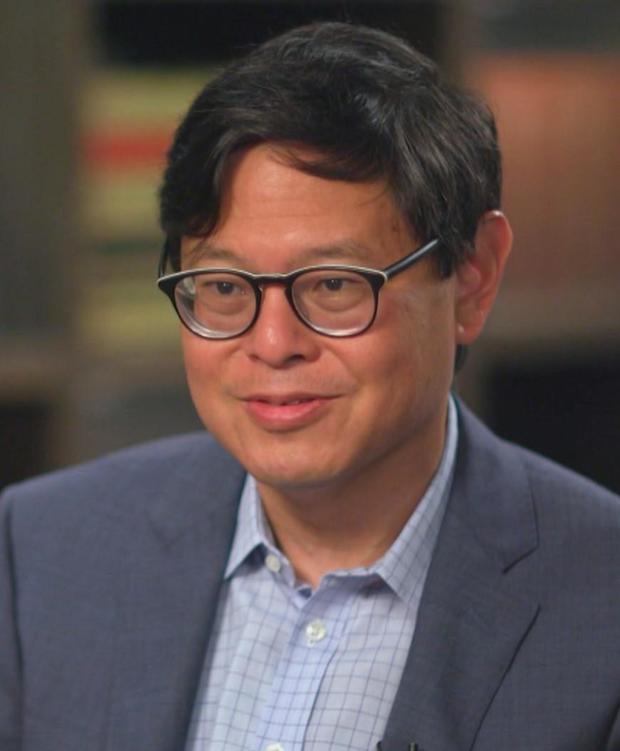