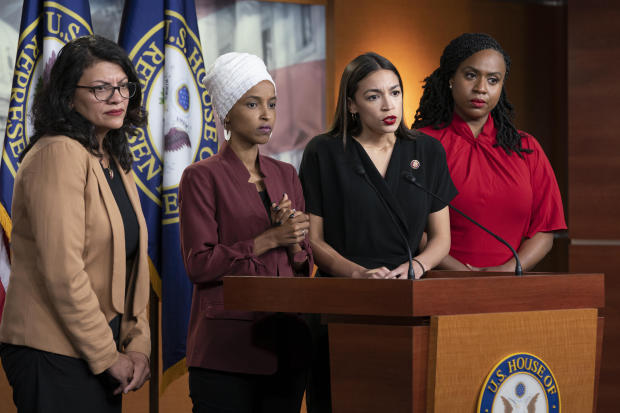 When President Trump tweeted on Sunday that "'Progressive' Democratic Congresswomen" — an apparent reference to Reps. Alexandria Ocasio-Cortez, Rashida Tlaib, Ilhan Omar and Ayanna Pressley, who are all women of color — should "go back" to their countries, the backlash was swift. It also sparked another conversation: What makes something racist?

Ibram Kendi, a professor and director of the Antiracist Research and Policy Center at American University, joined "CBS This Morning" to address that question from a historical perspective and discuss whether racist actions or words make someone a racist.

Kendi explained the important historical context behind telling a person of color to go back to where they came from.

"In the 19th century, there were many, many reformers, racial reformers who thought the way to solve the race problem, the Negro problem, was to essentially send back all free blacks [to Africa]. And that started with Thomas Jefferson, his Notes to the State of Virginia which was published in 1787, and went up to Abraham Lincoln," Kendi said.

He also pointed out that this language is aimed almost exclusively at people of color — because America is assumed to be a place for white people. "So where would they go back to? But people of color, it's assumed that this is not their country," Kendi said.

A common refrain among Trump supporters, whenever he sets off a furor with an early-morning tweetstorm, is that he's just inappropriate — not racist. There's a difference, they say. And Mr. Trump asserted in a tweet, "I don't have a Racist bone in my body!"

"First, I'd say there's no such thing as not racist. There's racist and anti-racist," Kendi said. "Racist ideas suggest that there's something wrong or right, superior or inferior about a particular group. It suggests there's something inherently normal about white Americans, that Americans are white and whites are Americans. And his idea suggests that somehow people of color are not American, and that's deeply racist."

Kendi also took issue with the argument that because Mr. Trump didn't specifically call out any race of people, his comments can't be considered racist.

"Poll taxes, grandfather clauses — these were voting suppression bills widely considered by Americans to be racist. There was no racial language in them. You don't have to have racial language in an idea or even in a policy for it to be racist. It's about what its outcome, are you suggesting that there's something wrong with a particular group? Is it creating inequity? That's the true measure of whether something is racist."

One of the congresswomen apparently targeted by the president's tweets, Rep. Ilhan Omar of Minnesota, came under fire earlier this year for comments deemed by some as anti-Semitic; she later apologized for the remarks. Kendi, though, said there's a fundamental difference between Omar's and Trump's comments.

"She was very specific in criticizing the policies of a country. In this case the country was Israel. Trump has specifically criticized racial groups of people," he said. "When he said that Mexicans are rapists. When he said that a trait of blacks is laziness. This is a condemnation of a racial group of people. That is effectively racism. When we criticize a country's policies, that is not — when you criticize Israeli policies, that's not anti-Semitic. When you say there's something wrong with Jews, that is. I haven't heard her say that." 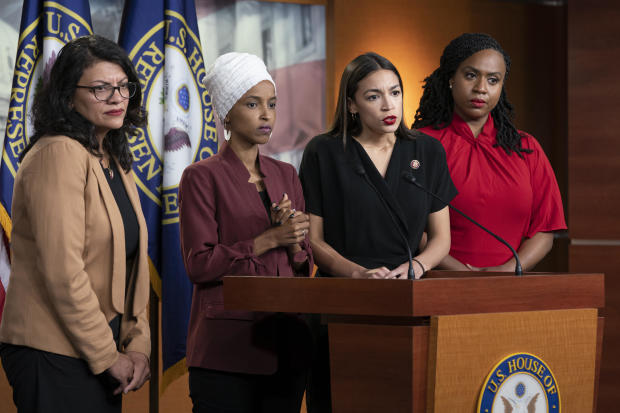 Big Ten college football will happen this year after all

Source of Texas cheerleader's injuries the focus of murder trial