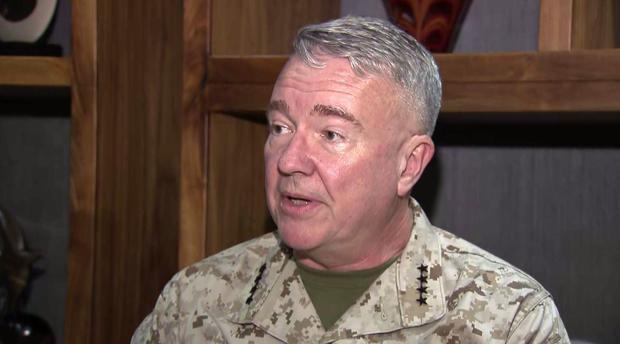 The top U.S. military commander for the Middle East, Gen. Frank McKenzie, boarded his plane for a trip to the Persian Gulf just as news was breaking that Iran seized an oil tanker. The ship, called The Riah, is reportedly owned by the United Arab Emirates.

The ship was seen being escorted by Iranian naval vessels. At last report, the ship was at anchor off an Iranian Island. CBS News is traveling with McKenzie.

"Obviously, we would take that very seriously," he said.

McKenzie stopped Tuesday in Oman, whose territorial waters extend into the Strait of Hormuz. He is counting on U.S. shows of force like the aircraft carrier Lincoln and B-52 bombers to keep Iran from attempting to close the strait.

"I think our ability to bring forces into the theater has acted to deter them. And I think we're in a period right now frankly where they're sort of recalculating and they're trying to sort of gauge our intent," McKenzie said.

This latest incident comes 10 days after British Royal Marines seized an Iranian tanker that was about to enter the Mediterranean in what officials believe was an attempt to smuggle oil to Syria. Iran vowed to retaliate and last week attempted to seize a British tanker in the Strait of Hormuz. But a British warship intervened and warned the Iranians away.

In the Gulf of Oman, about 50 tankers pass by every day, going in and out of the Persian Gulf. All of them are potential targets for Iran. 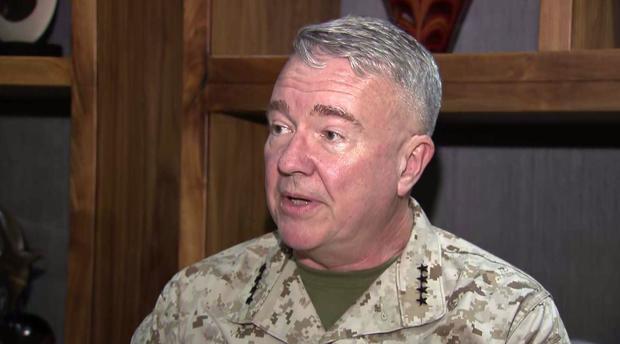 Brain-eating amoeba may be in Houston-area tap water

Saturday Sessions: The Lumineers perform “It Wasn’t Easy To Be Happy...