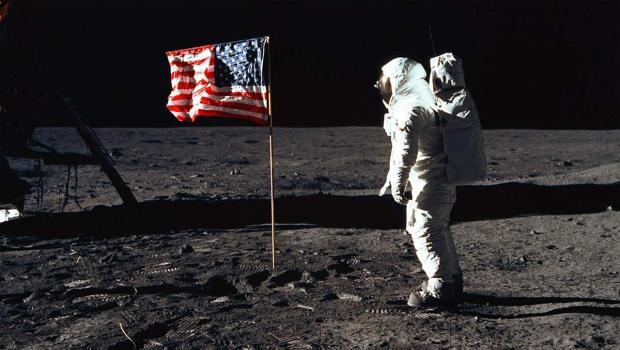 Jeffrey Kluger is editor-at-large at Time magazine, and the author of "Apollo 8: The Thrilling Story of the First Mission to the Moon":

On July 16, 1969, "the greatest adventure" in man's history, as CBS News' Walter Cronkite described it, began when three men sat down to a breakfast of steak and eggs.

They then set off to meet the challenge laid down by President John F. Kennedy seven years before, when he said, "We choose to go to the moon in this decade, and do the other things, not because they are easy, but because they are hard."

Neil Armstrong was the Apollo 11 mission commander; Edwin "Buzz" Aldrin was the lunar module pilot, and Michael Collins was the command module pilot.

Kluger asked Collins, now 88, "How did your very distinct personalities complement one another? And did they clash?"

"We never clashed," he replied. "I got along very well with Neil and Buzz. I hark back almost daily to John F. Kennedy. I felt that we were fulfilling, if successful, his mandate. And I was just thrilled to be a piece of the whole thing."

And it remained "looking good" through the 239,000-mile trip into orbit around the moon, through the moment when the men split up: Collins staying in lunar orbit in the command module, Armstrong and Aldrin heading to the moon's surface in the lunar module, known as the Eagle.

But when it came time to land, they had to improvise a bit.

Armstrong, who died seven years ago, gave a rare interview to Ed Bradley of "60 Minutes" in 2005. He recalled, "Our auto-pilot was taking us into an area that wasn't a good area to land.

The worldwide television audience was watching animated simulation of the approach and touchdown, following the original flight plan which showed when the lunar module was supposed to land. But as the critical moment came, it hadn't actually touched down yet.

Bradley asked Armstrong, "So, what did you do?"

"Well, we took over manually and flew it out further to the west about maybe another half a mile, where the lunar surface was much smoother, and found a nice spot," he said.

"You don't have a lot of fuel to do that," said Bradley.

"No, we were running a bit low on fuel," Armstrong replied.

The world held its breath, until Armstrong's voice was heard: "Houston, Tranquility base here, the Eagle has landed."

Mission Control responded: "Roger Tranquility, we copy you on the ground. We got a bunch of about to turn blue. We're breathing again, thanks a lot."

To which Cronkite added, "Oh, boy!"

Armstrong recalled, "And we finally landed with nobody knows exactly how much fuel. Some estimates have it at 20 seconds [worth]."

Then, the moment everyone was waiting for: Humanity's first walk on the moon. But who would take that historic first step? The spacewalk protocol on earlier flights called for the junior officer to go outside first, while the commander remained on board.

The commander in this case was Armstrong; Aldrin was the junior man on the moon.

Now 89 years old and making few public appearances, Aldrin also talked with "60 Minutes" in 2005. He said, "The problem was that among those people who were writing the procedures, they knew that this was sort of a 'hot potato.'

"I went into Neil's office and I said, 'Neil, there is not a decision being made on this. And obviously I feel that I have to represent a position, and I feel that you have to. But we do need a decision on this, so that we can move on.' He said, 'I understand the historical significance of what's happening, and I'm not gonna rule myself out.'"

Bradley asked Armstrong, "Was it important that you be the first one to step out of the vehicle?"

"Not to me!" he replied. "From my point of view we both arrived there at the same time."

Armstrong said that in the end, it came down to where the two men were sitting in the Eagle: "Certainly the direction that the hatch was hinged was a significant part of that determination," he said.

Armstrong's first words on the surface, now immortal, were at the time a bit confusing. "That's one small step for man, one giant leap for mankind."

Bradley asked Armstrong, "Did you drop the 'a ' – small step for man – or was that lost in transmission?"

"Well, you've listened to me now for a while here, and you've heard me drop a lot of syllables," he said. "So, I certainly can't say that I didn't drop one there. Or, I might have just goofed!"

Then, it was Aldrin's turn down the ladder. Kluger asked him in an interview for Time magazine two years ago about his first words: "Magnificent desolation."

"You couldn't call that beautiful," Aldrin said. "It was a shabby bunch of dust that hadn't changed in thousands, 100,000 years. You couldn't find any place on Earth as barren, lifeless."

Armstrong and Aldrin set about raising an American flag. It turned out be easier said than done.

Armstrong said, "[The flagpole] would go in about that far, and then it seemed like it was just hitting rock. So, we were pounding on it. And finally we got it to be upright."

As for Michael Collins, he remained in orbit, checking in with NASA. As he circled the far side of the moon he would be completely out of touch. Even when he was flying over his fellow Apollo crew members, he couldn't see what the rest of the world was watching.

Kluger asked Collins, "Do you at all regret not having closed that final 60 miles, and left Collins boot prints on the moon?"

"No," he replied. "I'd a liar or a fool if I said I had the best seat on Apollo 11. But I felt that I was an important part of it. When I was behind the moon I later discovered I was being described as, oh, lonely, lonely, lonely. I was happy back there. I had my own little domain. And actually, going down and touching the moon, eh, that was not high on my list."

While walking on the surface, Armstrong said, "It has a stark beauty all its own. It's like much of the high desert of the United States. It's different but it's very pretty out here."

As Armstrong and Aldrin carried out their scientific experiments, they seemed to be having fun. Shirra noted, "They're having a lot more emotion than we anticipated. They're romping around up there!"

After two hours and 31 minutes walking on the moon, it was time to go home. Aldrin leaped up the ladder, and then, the first man on the moon became the second to leave it.The lunar module blasted off.

Collins said he was delighted to be reunited with them: "I was about to kiss Buzz Aldrin on the forehead, and I decided maybe no, no, I think the history books wouldn't like that! It was a wonderful instant in time."

It took just under three days to return to Earth and splash down in the Pacific.

"I think the best was seeing those three beautiful parachutes open and knowing we were gonna splat, but successfully. A successful splat!" Collins said.

The astronauts went straight into three weeks of quarantine. But still their mission wasn't over. As Aldrin recalled, "The public affairs guy said, 'Well, we've got some things for you to do. There's this around the world trip. And you don't have to go if you don't want to.' My God. (LAUGHS) How could anyone say that?"

Around the world, 650 million people had watched every step of their journey. Now the world wanted to see, in person, the first men to walk on the moon.

Collins said, "I was flabbergasted. I thought that when we went someplace they'd say, 'Well, congratulations. You Americans finally did it.' And instead of that, unanimously the reaction was, 'We did it. We humans finally left this planet. We did it.'" 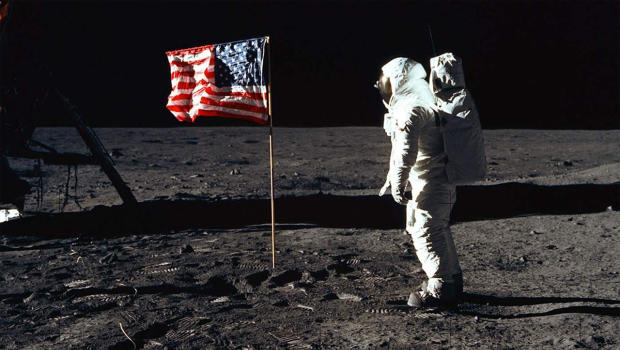 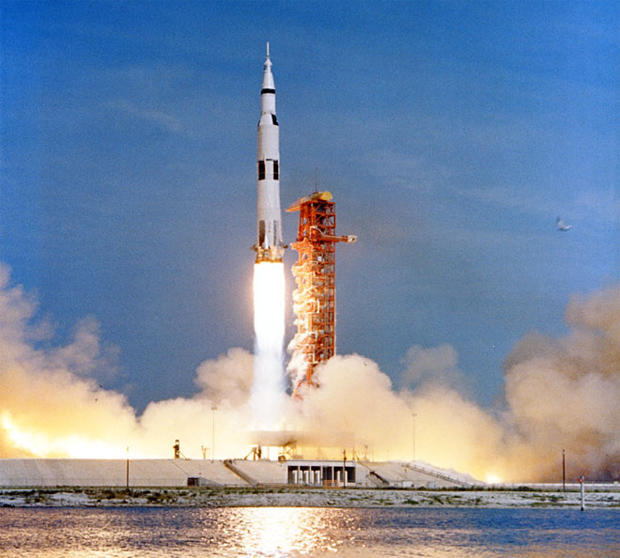 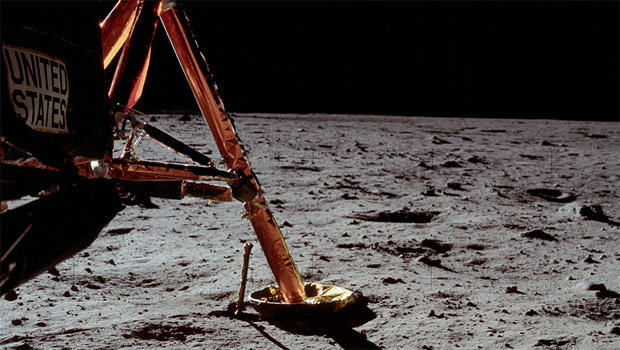 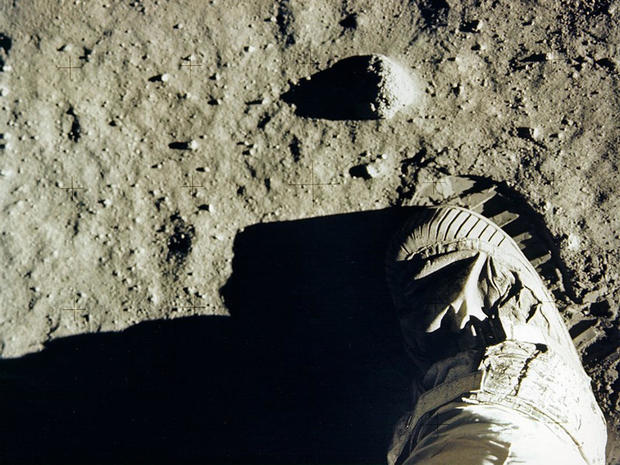 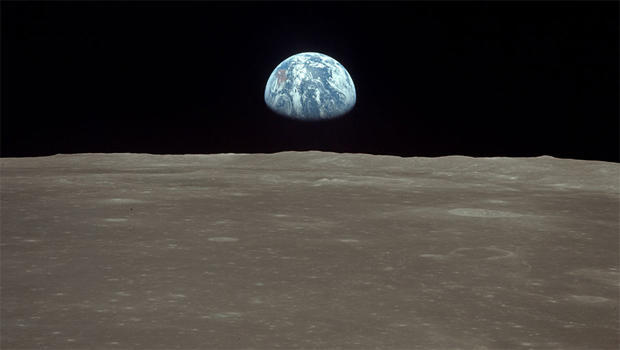 Ex-Mueller prosecutor says he hasn't been subpoenaed in Durham probe

How will a Supreme Court vacancy shake up the 2020 race?

How to reduce food waste during the coronavirus pandemic