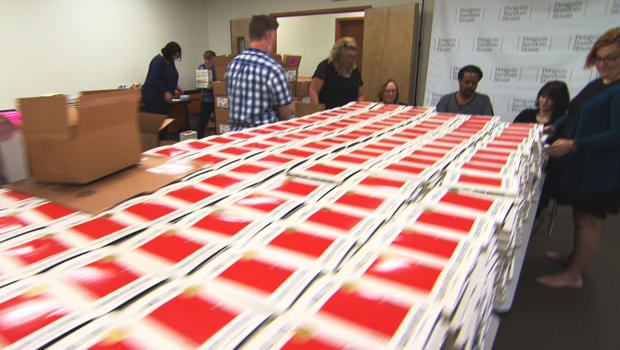 When we caught up with acclaimed author Colson Whitehead, he was buried behind a mountain of his own making: copies of his latest novel, "The Nickel Boys."

The new book is so highly anticipated that his publisher corralled him in a warehouse outside Baltimore for three days to have him sign some 15,000 copies in advance of the book's release this week.

If you think that's a lot, you need only to look at his last novel, the surreal slavery epic "The Underground Railroad," that made him the talk of the literary world. Former President Barack Obama became a fan, and so did Oprah.

Correspondent Lee Cowan asked Whitehead, "How does one find out you're on the Oprah book list? Does she call you? Do you get an email?"

"She usually calls," Whitehead replied. "I was sorta traveling that day. My plane landed, and I saw there's a voice message from my agent. And I was like, What did I do now? I'm in trouble. (LAUGHS) And she just said, 'Oprah.' I was like, huh? I didn't wanna, you know, curse; I was on an airplane! And I was like, shut the front door. And that started a lovely journey into Oprah's world."

That kind of attention not only landed Whitehead on the bestseller list, but also earned him the National Book Award and the coveted Pulitzer Prize for Fiction in 2017

"You know after winning the Pulitzer, expectations are probably pretty high. How do you deal with that?" Cowan asked.

He's as self-deprecating an author as you'd find, despite have eight well-respected books to his name. His characters range from zombies to elevator inspectors. "Experimental writing," he calls it, a style borne, he says, not from the classics, but something else.

When asked if he always wanted to be a writer, Whitehead said, "You know, when I was, like, seven or eight and reading Marvel comics, thinking it'd be cool to write 'Spider-Man.' That'd be a cool job. You know, it's sort of overcast outside today and this is my perfect day, growing up. I could just watch 'Twilight Zone' reruns on UHF, read comics, science-fiction, and no one's gonna say, 'Can't you go outside like a real boy and do sports or go swimming?'"

"The Underground Railroad," and his newest, "The Nickel Boys," stand apart from their focus on race, not so much a history lesson but a reminder that in his almost 50 years things have changed very little.

Whitehead said, "My parents taught me that one, I can do whatever I want in the world if I put my mind to it, and two, the white world will be trying to destroy, dismantle your hopes, and possibly kill you at the same time."

It was grisly news of a once-segregated reform school outside Tallahassee, Fla., that gave Whitehead the setting for "The Nickel Boys." Dozens of bodies had been discovered on the campus in unmarked graves, many of them black boys.

The pull to write about them was hard to resist. "How can this sort of atrocity continue?" he said. "How many people have to turn a blind eye? And the thousands of kids who go through it, what are their stories?"

The Alfred G. Dozer School for Boys, as it was called, was supposed to be a grand experiment in reform when it opened in 1900, but it soon became a house of horrors – repeatedly investigated for allegations of child neglect, abuse, and sexual assault.

Although it closed in 2011, it still haunts the grounds – rusty cots and dented desks linger – and so do the memories of its now-greying survivors. Pastor John Lee Gaddy, now 73, was sent to Dozier for skipping school in 1957.

Cowan asked Gaddy, "It was supposed to be a reform school. What was it?"

It wasn't long before he got his first beating with a leather strap called Black Beauty. "The strap was about four foot long, and it had holes in it, and when they hit you with that belt, it would suck the skin from your body."

The beatings, he said, always happened in a small building known only as the White House. "He hit me, that first lick I jumped up, turned the bed loose, and he slapped me upside the head with the belt and he said, 'If you don't get back down there I'll kill you right now.'"

One day when Gaddy was hauling garbage to be burned in an outdoor pit, he saw something he will never forget: "I throwed the stuff out there in the pit, and I saw a boy's hand in the pit," he said. "And I told the man, 'Man, that's a body party right there.' And he said, 'Johnny, please don't say nothing about that; you could be in there, too.'"

In the end, forensic teams from the University of South Florida found more than 50 sets of remains, and this past spring another 27 suspected graves were discovered.

"And who were those boys?" said Whitehead. "We thought we had the story three years ago, and now a whole other chapter opens up."

Whitehead never met Pastor Gaddy, but read his account, and others, online, and the stories so disturbed him it was more than he could stomach to visit what's left of Dozier himself.

"Part of me refused to go," he said. "The only thing I could really see myself doing at the place is torching it, or taking a bulldozer to it."

For all the trauma he has written about, Whitehead has found happiness in his personal life. While his home is in Manhattan, his escape is the Long Island town of Sag Harbor, where he shares a home with his wife (a literary agent), and his two children.

He can't stop writing. In fact, he's already about a third of the way through his next book, a crime novel set in Harlem in the 1930s.

"I'm gonna borrow an assessment from a friend of mine," he replied. "She said that I was the most productive, laziest person she knew! And for me, that was the greatest compliment, because I do like hanging around the house and staring off into space. And I also love having something in my life that I'm compelled to do, that does give me pleasure." 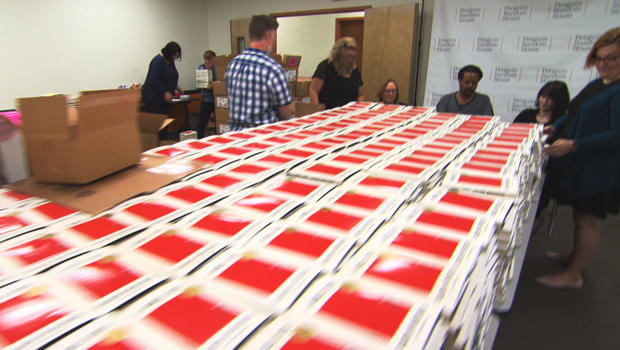 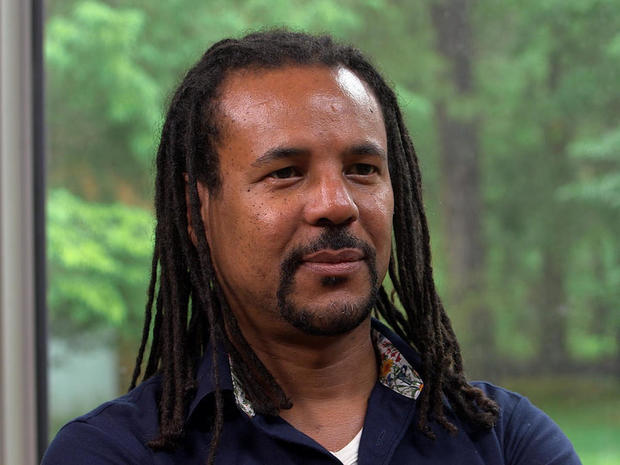 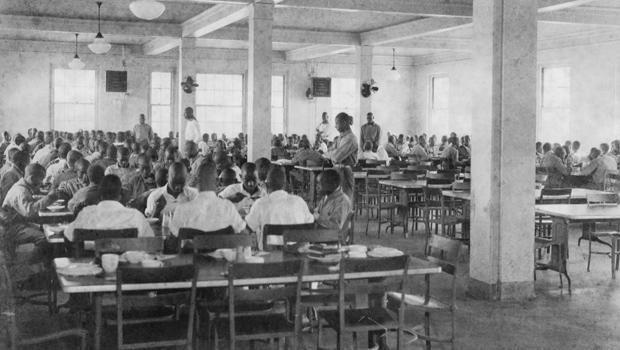 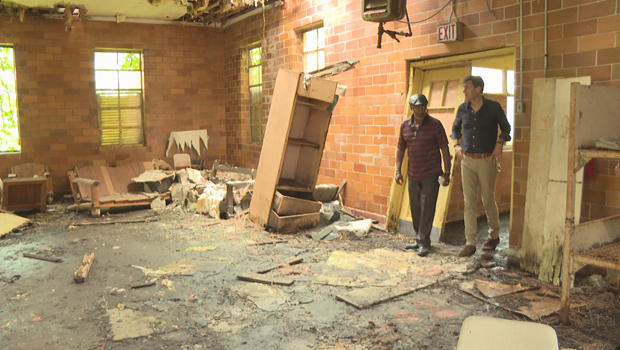 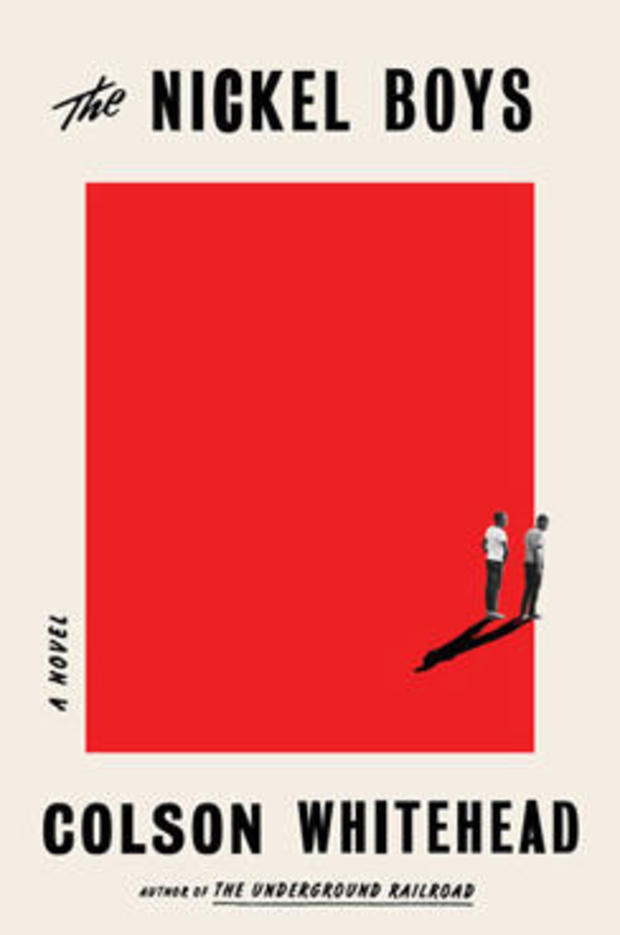 Fort Jackson recruit found dead, 4th death at base in past...

The 50 most expensive colleges in America, ranked