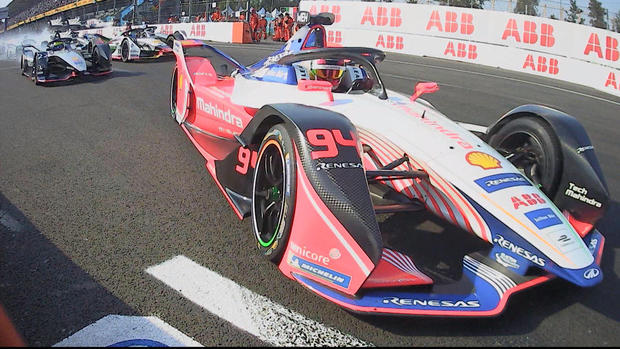 Grand Prix auto racing dates back more than a century, to races organized in France in the early 1900's. Now known as Formula 1, the auto racing is an international sporting phenomenon.

But another racing league is taking over city streets around the world. And while it has all the similar thrills of Formula 1, it's missing one important element: gasoline. Instead, the Formula E league uses "e-racers," high-performance cars that run on electric power. This weekend, New York City is hosting Formula E's season finale.

The unmistakable whir of a Formula E car is one of the most distinctive sounds in sport. It's far from the usual roar on a race track — but what the league lacks in volume, it makes up for in intensity. "Everything has to be built in a very coordinated way. It's like a huge ballet," said Alejandro Agag, the man in charge of Formula E. CBS News first spoke with Agag five years ago when the league was just kicking off.
"I didn't even know the cars were gonna work," Agag said. "I remember when you were there with us at the first-ever test… to see if the thing was gonna even move. And here we are, five years later, in New York, and it's probably the fastest-growing motor sport in the world."

"Everyone thought, we were gonna fail," Agag added with a laugh. "I think only I thought maybe we had a chance."

Formula E races are short — only about 45 minutes — and take place on tight tracks in city centers. Speeds can hit up to 175 mph. It's a far cry from the most popular racing league in the world, Formula 1, where the classic combustion engines are more powerful, and race on courses that are wider and far longer. But Jean Eric Vergne, who drove Formula 1 before becoming Formula E's top-rated driver, said it's not so simple.
"Frankly, I'm more scared in the qualifying lap in Formula E than I was in Formula 1," Vergne said. "Because, you know, the tracks are so narrow, it's a very heavy car. Very difficult to break. The handling is not as good as an F1. So therefore, it makes the driving a lot more difficult. Mistakes happen — a lot quicker as well."
In the Formula E vehicles, the battery takes the engine space. Each costs about a million dollars and weighs 1,500 pounds, more than half of which is battery weight.
"You have to look at Formula E like we are the beginning of a new chapter in the automobile industry, in racing," said Andre Lotterer, Vergne's teammate.
In previous seasons, drivers had to switch cars because batteries couldn't last the whole race. This year, that's no longer the case: Battery power has improved dramatically.
The logistics of moving those batteries — and everything else — from city to city is mind-boggling. In Brooklyn, nearly 700 people have been working non-stop this week to build a track from scratch. The whole event will cost Formula E between $10-15 million.
Agag says investing in the future and losing money for now is worth it, as his league aims to become not just the top electric race series, but the top race series overall.

It's tricky though: Formula 1 and Formula E are regulated by the same organization, the equivalent of an older brother and younger sibling battling for attention.

"I don't have any problem with Formula 1," Agag said. "I love Formula 1. I think it's great. But obviously… As the industry shifts towards electric, Formula 1 finds [itself] more and more without an industry to relate to."

Agag said he's not sure what will happen to Formula 1 in the future, but that in ten years, he expects that the tables will have turned.

Travis Okulski, the editor-in-chief of Road & Track, said electric race cars are no longer a novelty to manufacturers – but said they still have a ways to go.

"If it does," said "CBS This Morning Saturday" co-host Jeff Glor.

Formula E has developed gimmicks that purists scoff at. The fan boost, for example, lets users on social media give their favorites more juice. And this year, the league introduced attack mode, which lets drivers get more power by steering through a special zone like in the video game Mario Kart.

"We have to move even more towards the video game," Agag said. "We're not halfway there yet."

"The future is electric and it's a combination between real life and video games between real and virtual," he added.

For now, Agag just wants viewers to understand the potential of electric vehicles. "I think if you see this race, you're one step closer to buy[ing] an electric car. That's why we do it. And that's why people come in here. And we get more and more people coming again and again here in Brooklyn. They will feel closer to buy[ing] an electric car. That's our objective." 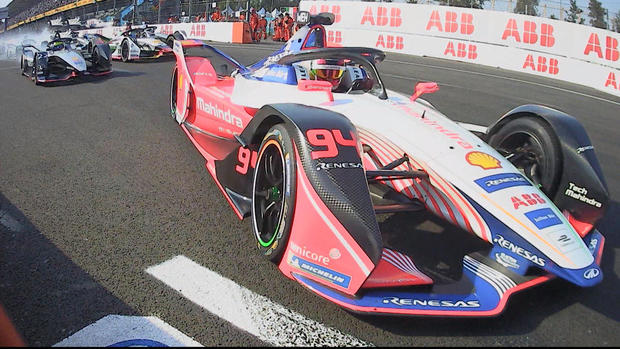 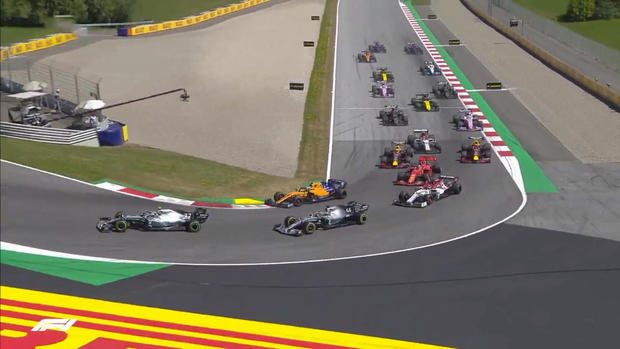 “The FBI Declassified”: New series features women and men of the...