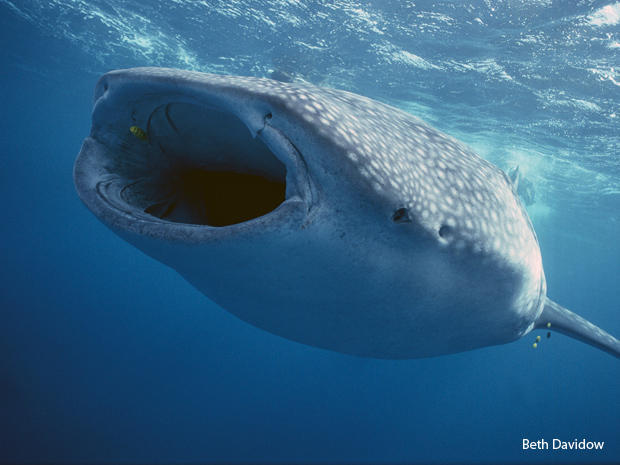 In 2016 I wrote about whale sharks off the coast of Mexico's Yucatan Peninsula. As I was writing about them then, I knew they were the biggest fish in the world and that I had to see one in person.

Not just see one; I wanted to swim with them. That isn't such a crazy idea, because whale sharks eat plankton and are therefore harmless to humans, or anything else much bigger than a fish egg or small fish.

Last week I finally got my chance.

I have a group of friends who all used to work with me at Lee College in Baytown, Texas. We call ourselves either "The Harpies" or "The Goddesses" (depending on our mood). One of us, Francisca, still teaches at Lee. Another, Becki, has moved to Fort Worth, and way up in the administration at Tarrant County College. And another, Joyce, has retired to Missoula, Montana. Before Joyce retired she suggested we get together at least once a year and go someplace fun together. I didn't know if we would really stick to that or not, but we have, and we have had some great times together.

The first year, because I was in charge and spend most of my year just outside Yellowstone National Park, we rented a house north of Yellowstone. The second year Becki chose a wonderful cruise along the coast of British Columbia and Alaska. Last year, when Joyce picked, we went to Long Island, New York, where we visited beaches, Theodore Roosevelt's house, went to my first Broadway play and ate a lot of lobster. I wouldn't want to live in New York City, but visiting was lots of fun, the play was wonderful, and we even got to go to the American Museum of Natural History. And I got to see my first wild horseshoe crabs. Way bigger than I thought they would be!

This year Francisca chose Cancun. Years and years ago I spent some time on Isla Mujeres, an island visible from Cancun, but I had never been to Cancun proper. When she announced her choice, I started reading about the area and discovered whale sharks come there this time of year to eat fish eggs, and that boats take tourists out to swim with them. My swimming-with-whale-sharks dream was going to come true!

I started looking for a company to take us to the whale sharks and do some snorkeling. I found Cancun Mermaid was ranked well on Trip Advisor, so we booked our excursions with them. They provided us with great personal attention and even gave us suggestions of places to go on our own one day when it was too rainy to go snorkeling. Stacey, our guide, went snorkeling with me the last day while the rest of the group visited several cenotes.

The whale sharks were wonderful. We boarded a boat with seven other tourists and headed an hour-and-a-half off-shore. And there, out in the middle of the open ocean, were whale sharks.

The first thing I saw as we approached them was there tails. They looked so floppy as they propelled the sharks through the water. Then I saw the rest of their bodies! Oh my gosh, they really exist! White-spotted gray-blue fish the size of cars and buses! It is difficult to explain just how wonderful that experience was, swimming next to a huge animal that didn't appear to give one wit about me and just went about its business slurping up fish eggs. I will never forget it even though the photos I got were terrible. (Luckily, I have a friend who does a lot of scuba diving all over the world and had photos to share.)

Mexico is working hard to protect whale sharks, who were officially listed as endangered in 2016 primarily due to both legal and illegal fishing, being accidently caught in large nets, and ship collisions. There have been some studies that indicate there are around 7,000 whale sharks left, but many biologists are not sure that number is correct. There may be more than that. We do know their numbers have significantly declined in the last 75 years.

To minimize the impact tourists have on the sharks only two people and their guide are allowed in the water from each boat, and the number of boats is limited.

Whale sharks are declining in some areas, especially Oman and China, but they are actually increasing in the Philippines, Taiwan, India and the Western Hemisphere where they are protected.

I've always said be careful what you dream because your dreams can come true. That is certainly true in this case, and I couldn't be happier. 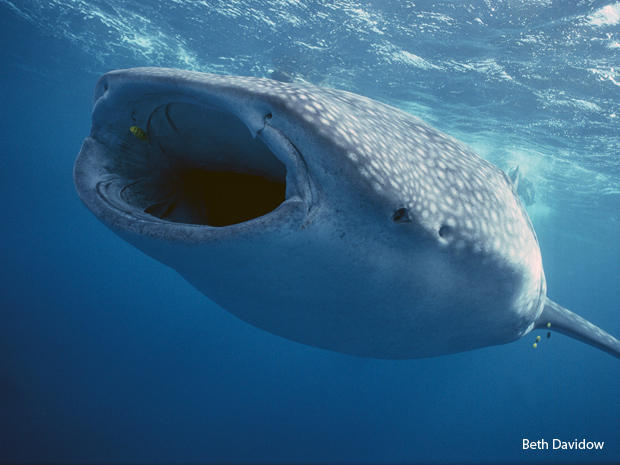 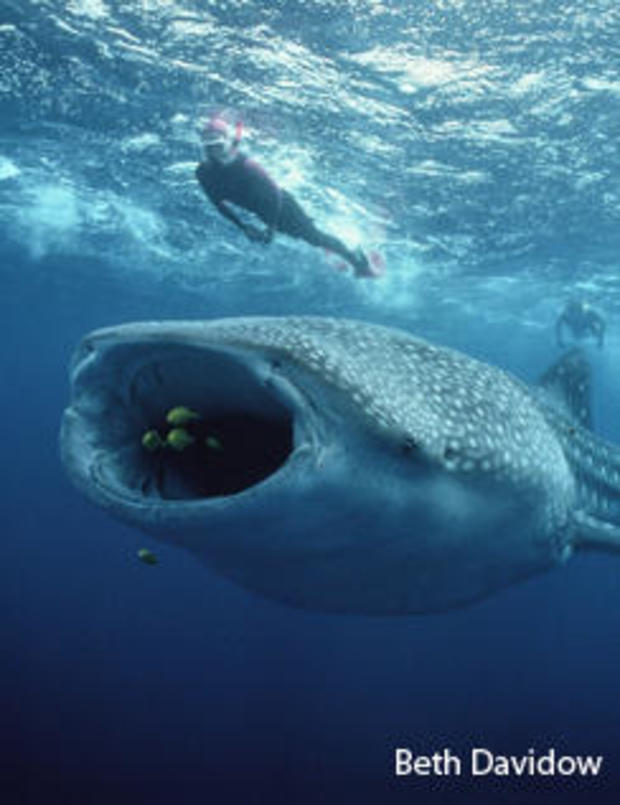 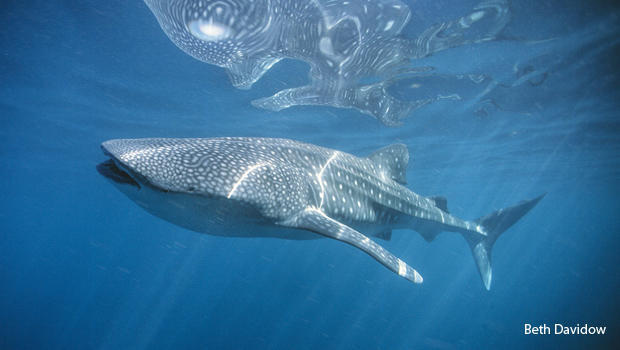 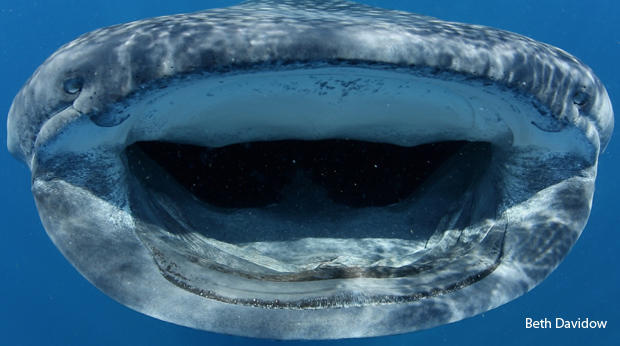