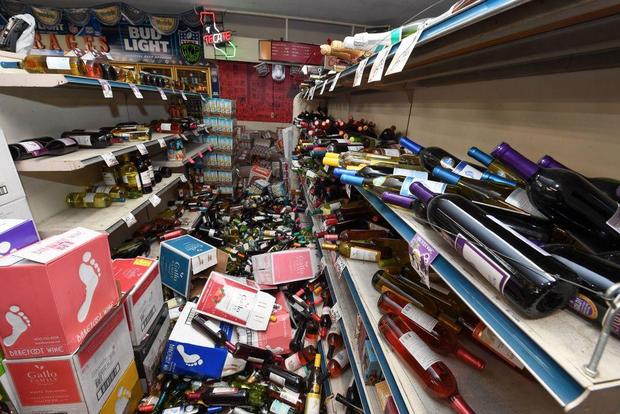 Ridgecrest, California — Southern California is bracing for more aftershocks after another powerful earthquake rocked the region, causing the most damage in the city of Ridgecrest. The magnitude 7.1 quake was felt from Los Angeles and all the way to Nevada. It caused injuries, sparked fires and closed roadways.

The latest earthquake happened just after 8 p.m. local time and was centered in the Mojave Desert near the town of Ridgecrest, which is still recovering from a 6.4 quake on the Fourth of July.

Social media showed a roller coaster on the Las Vegas strip swaying from the shockwaves as passengers made their way to the top of a 180-foot drop.

Convenience store owner Tony Abdullatif had just finished cleaning up his convenience store in Ridgecrest when his store was thrown into chaos yet again by a violent earthquake.

"I would say it's like three or four times [worse] than yesterday," Abdullatif said.

The quake rattled Dodger Stadium while the home team took on the San Diego Padres. Journalists at CBS Los Angeles were caught off-guard once again by the shaking. Only this time, they were live on the air.

From Northern California to the Thomas & Mack Center in Las Vegas, where college basketball phenom Zion Williamson made his professional debut in the NBA Summer League. Officials were forced to postpone the game between the New Orleans Pelicans and the New York Knicks.

Seismologist Lucy Jones said there have been more than a thousand aftershocks since a 6.4 magnitude quake rattled the same region on Independence Day. That tremor is now considered a foreshock to the much larger quake Friday night. If the 7.1 measurement sticks, it would be the largest earthquake to shake the region in two decades.

So far, there are no reports of serious injuries or deaths. California Governor Gavin Newsom declared a state of emergency and search and rescue teams are searching Ridgecrest for anyone who might have been injured and trapped. Damage assessments will be pouring in throughout the day. 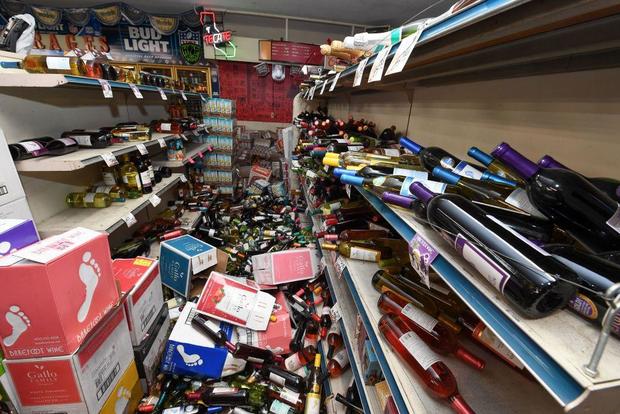 As fossil fuel jobs falter, renewables come to the rescue

Trump-Biden race to dictate fate of U.S. immigration for generations

Pelosi warns House could be forced to decide presidential election