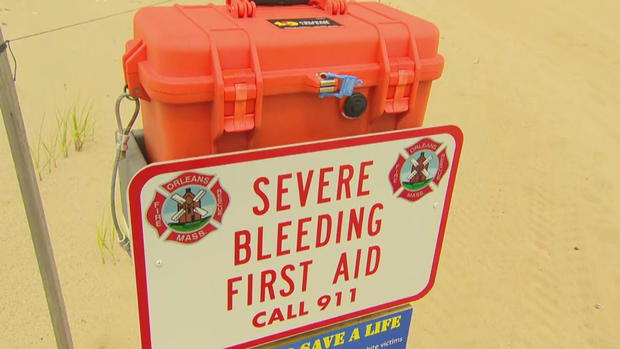 In the past week, at least 12 great white sharks were spotted in Cape Cod Bay. Now, nearby communities are strengthening their defenses against potential shark attacks.

Last September, a great white shark killed a 26-year-old man off a beach in Wellfleet, Massachusetts, the area's first deadly attack in 82 years. Shark attacks are extremely rare — but the latest sightings have both tourists and the community worried as officials search for solutions.

"I think we're undergoing a culture change here," said Orleans Fire Chief Anthony Pike, who's responsible for protecting parts of a 40-mile stretch of coastline in the area.

Pike said that this fear is the new normal: over the past eight years, at least three people have reportedly been bitten by sharks on the Cape. Shark sightings prompted the Cape Cod National Seashore to ban water entry a reported 28 times last year.

Protecting beachgoers now meansboosting emergency response, including more landlines to combat poor cell service, shark warning signs, and beachside emergency boxes. The boxes, which Pike said are the first of their kind on the coastal U.S., include a tourniquet, eye protection, gloves, and trauma dressings. "If you access this box you have a pretty good cache of what you may need in a major emergency," he said.

The seal population in the area is protected by law. And while shark sightings may appear common on the Cape, being attacked and killed by one is rare — statistically, you're much more likely to die from a lightning strike, a car accident, or even a dog. But Skomal did tell beachgoers to "be vigilant."

"I ask people if you're going to be in an area where these sharks are hunting … [remember that] this is a natural hunting ground for this species … [and] that you are a land animal going in the ocean," he said. 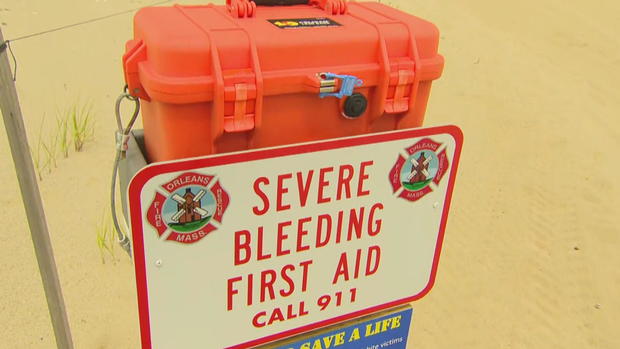 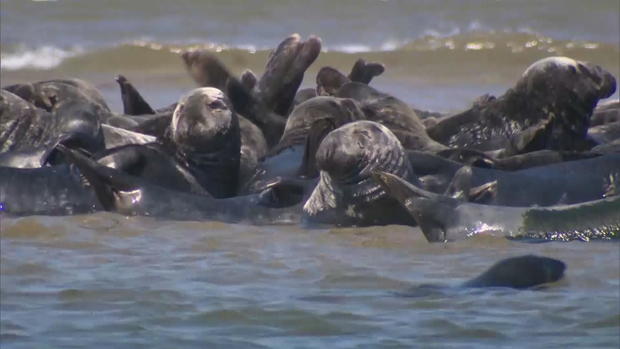