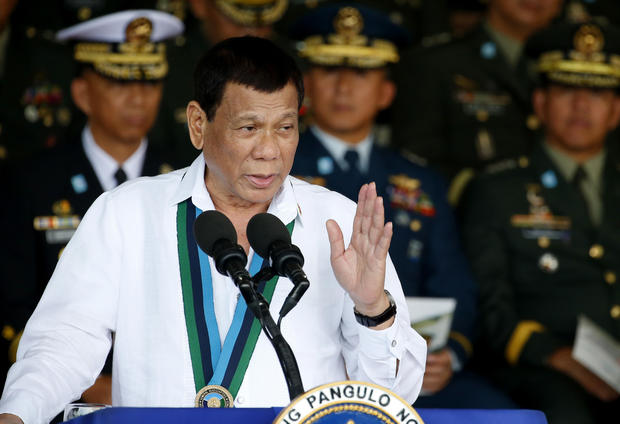 By Hunter Holcombe CBS News June 30, 2019, 8:03 AM "I'd be happy to slaughter them": Philippine President Rodrigo Duterte's most outrageous statements

Rodrigo Duterte, the outspoken and polarizing populist president of the Philippines, is best known for his aggressive war on drugs, which, according to human rights groups, has resulted in the extrajudicial killings of tens of thousands of people in his country.

Duterte has stated publicly, multiple times, that the lives of both drug dealers and users are essentially expendable and that he would gladly exterminate them himself if he could. With his blessing, police on the street act as judge, jury and executioner.

Beyond his rhetoric on the drug war, Duterte has not shied away from insulting his critics, the media, women, fellow heads of state, and even the pope.

Here are 10 instances, both before and during his presidency, where his words went far over the line.

"Hitler massacred 3 million Jews … there's 3 million drug addicts. There are. I'd be happy to slaughter them."

– Said during a September 2016 press conference, where he compared himself to Adolf Hitler. He added, "At least Germany had Hitler. The Philippines wouldn't."

Duterte's statement got a basic historical fact wrong – the Nazis are estimated to have killed 6 million Jews during the Holocaust.

"Just because you're a journalist you are not exempted from assassination, if you're a son of a bitch."

– Comment made in June 2016 after learning of a journalist's death in Manila.

"Son of a whore, I will curse you in that forum."

– Duterte made this remark about then-President Barack Obama, in advance of a planned summit meeting in Laos in 2016, leading Mr. Obama to cancel the trip. He also said Mr. Obama coud "go to hell." Duterte has since apologized for the statement.

"I was angry because she was raped, that's one thing. But she was so beautiful, the mayor should have been first. What a waste."

– Before becoming president, Duterte was mayor of Davao City. He made this comment during a campaign rally in April 2016, in reference to an Australian missionary who was assaulted and killed in 1989.

– In May 2016, Duterte made this comment after Pope Francis' visit to Manila caused heavy traffic jams.

"Do the lives of 10 of these criminals really matter? If I am the one facing all this grief, would 100 lives of these idiots mean anything to me?"

– Duterte's aggressive drug war drew international condemnation, with estimates of casualties in the tens of thousands. Duterte has defended the campaign as necessary, and said the above in August 2016 about the casualties.

"Tell the soldiers. There's a new order coming from the mayor. We won't kill you. We will just shoot your vagina so that … if there is no vagina, it would be useless."

– In February 2018, Duterte made this comment about women fighting with insurgent forces. Human rights groups condemned him for encouraging sexual violence and war crimes.

"Please don't order me around. … Or would you rather that I declare martial law?"

– After a supreme court chief justice wrote in a statement that only the high court was allowed to discipline judges, Duterte took it as an affront to his drug war and said the above in August 2016.

"If you are corrupt, I will fetch you using a helicopter to Manila and I will throw you out. I have done this before. Why would I not do it again?"

– Duterte said this in December 2016 after confirming that, earlier in his career, he'd thrown a Chinese rape and murder suspect out of a helicopter.

"I believe in women's competence, but not in all aspects." 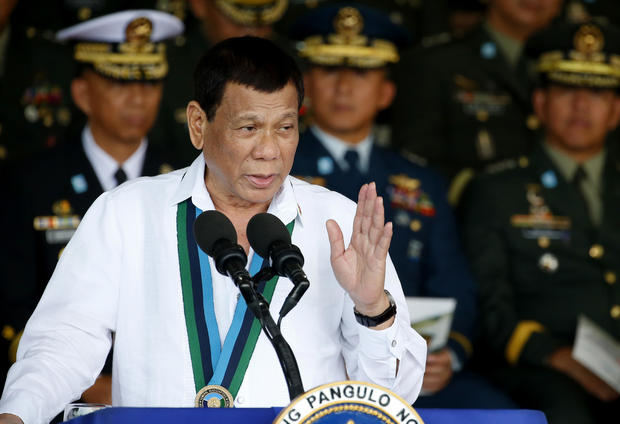 What is socialism? And what do socialists really want in 2020?

Remembering RBG, a woman who lived a life defying expectations