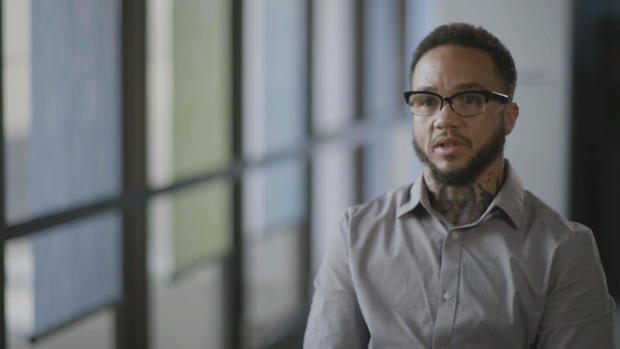 CBS News June 29, 2019, 10:36 AM Meet Patricio Manuel, the first transgender man to fight in a professional boxing match in the U.S.

This weekend marks the 50th anniversary of the uprising at the Stonewall Inn in New York City, the riots credited with giving rise to the gay rights movement. But in California, one man is claiming his identity from the inside of a boxing ring. This December, Patricio Manuel made history as the first transgender man to fight a professional boxing match in the U.S. — but he had to fight outside the ring, too, just to get back into it.

"Ever since I was little, as far as I can remember, I always saw myself as a boy," Manuel said. "I would keep it quiet. I didn't know I had any other options, but it felt like a death sentence to me."

Manuel grew up as Patricia just outside of Los Angeles in Gardena, California. Since he "always resonated with a fighter," he started going to the gym.

"When I really started was when I was 16. The trainer had me spar in the first session, and hit me way too hard the first time," he said. "I was going through so much, and emotionally, mentally, I think it was the first time I felt present in my body, being hit that hard.

Manuel fell in love with the sport, and became one of the best female boxers in the country."It was during that time that I made the choice," he said. "I decided to go all in with boxing, and it paid off."

In 2012, Manuel qualified for the first ever women's boxing Olympic trials. But a shoulder led to a medical disqualification.

"I had worked so hard to get to that point that I slipped into a pretty big depression," he said. "It kind of forced me to really look at myself and be like, 'What do I need to do to love myself even if this sport isn't here?' The biggest thing that came out for me is like, 'you've been lying for years,' and I realized at that moment that I couldn't wait any longer."
During recovery, Manuel made the decision to transition from female to male.

"I was more than willing to deal with any of the ramifications for it," he said. "I knew that I couldn't live a lie anymore, and if the cost of that meant losing people I loved, then that was a cost I was willing to pay — because I love myself first and foremost."

While his family was supportive, others were not. "The gym I had been training at made it very clear that I could train there, but no one can know that I was a part of the gym," he said. "So I walked out of that gym that day and I never came back. I really didn't know where I was going to go."

Manuel found a gym in Duarte, California, and a coach who supported him unconditionally.

"He just walked in the door one day and kind of told me the deal with his ex-coach and the falling out they had," said Manuel's coach, Victor Valenzuela. "And I said, 'you're gonna be trained just like another boxer. You'll just be one of the guys here.'"

In 2016, Manuel decided it was time to begin the process of getting a license to fight as a male. That required him to have gender reassignment surgery, and take hormones for a minimum of two years.

"Pat was ready…" Valenzuela said. "We trained hard and worked hard and had sparring with professional boxers. And doing great. So we knew it was time."
"Once we finally got that license, we thought, 'great, we're going to be able to fight,'" Manuel said. "That did not happen."
"Things would get to the point where his coach and another person's coach would negotiate in the amateur division for there to be an official sanctioned fight, and then someone would tell that person's coach that Pat is transgender, and the people would walk out of the room…" said Manuel's partner, Amita Swadhin. "He didn't know when his big break would come, he didn't know when a promoter would give himself a chance to prove himself."

"I could tell that he was disappointed to say the least," Swadhin said. "Frustrated."

That big break came when Eric Gomez of Golden Boy caught wind of Manuel's story. He knew the importance of finding the perfect opponent.

"I knew I deserved to be in there. I didn't need that moment to be validated myself," he said. "It was like opening a door. It was opening a door, I walked through it, now there's like a thousand other doors I need to keep walking through, so I'm just going to keep stepping forward. It was just the first step in many." 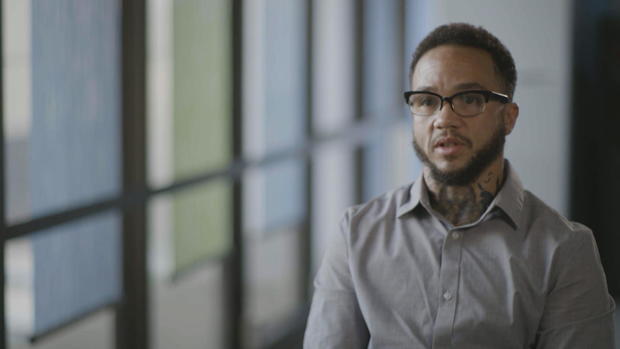 Thinner slice of Le Pain Quotidien in U.S. after bankruptcy

As workers return to jobs, “stakes have never been higher”

Denver man billed more than $3,200 after ER visit for coronavirus-like...