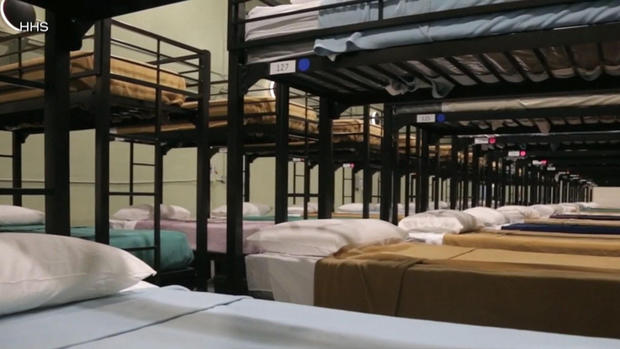 Homestead, Florida — CBS News captured exclusive video from inside a controversial shelter in Homestead, Florida, where migrant children are being held. It's the first time news cameras have been allowed inside the center, which currently houses 2,600 unaccompanied minors.

Azar is pushing back against criticism after disturbing reports about conditions at Border Patrol facilities, which are not part of his department.

"There's been a lot of factual misrepresentations or just ignorant statements made about Homestead and frankly, the broader program that we run at HHS," he said.

But attorneys who previously inspected Homestead and spoke to children said many complained about the treatment here, too.

"One of the things they allege is prison-like rules where children, according to one attorney, expressed fear and anxiety around the enforcement of shelter rules and in some cases were told that if they stepped out of line it could affect their immigration case. Is that happening," Bojorquez asked.

"Well, let me be really clear. That would be completely improper. And the staff here have been instructed after that allegation was made that any such behaviors or statements would be wrong and subject to discipline," Azar said.

There are currently 13,500 minors in HHS care. CBS News was not allowed to interview minors in Homestead, but were shown some of the smaller, stark dormitories, though the facility does have much larger halls that can accommodate more than 140 beds.

"We ask our kids what they prefer and the kids actually prefer the larger more bunk bed dormitory, larger setting that you're referring to," Azar said.

"That's not what the attorneys are saying clearly in this filing," Bojorquez said. 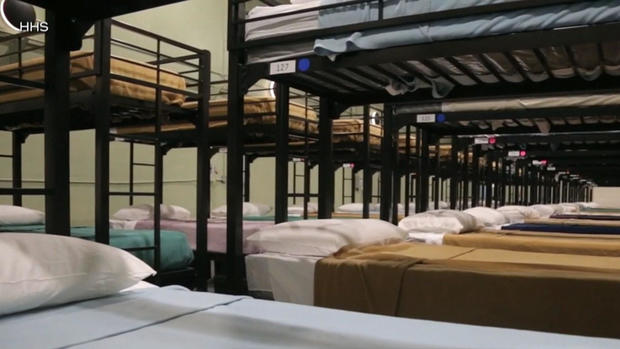