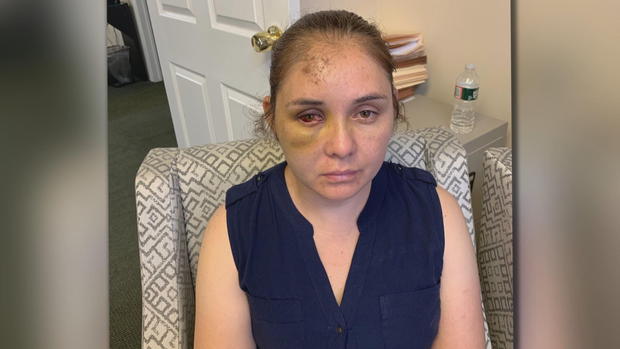 Passaic, N.J. — A 13-year-old boy from New Jersey has been charged with assault after allegedly punching out a 35-year-old woman. She said the boy had bullied her son with racist taunts.

"I am so scared I don't have energy for nothing," said Beronica Ruiz-Vazquez.
The brutal attack on Ruiz-Vazquez last Wednesday left her with fractures to her face and nose. One week later, she can barely see out of her right eye.

Pictures were taken while she laid in a hospital bed for two days. The mother of three says while walking with her son home from school, a 7th grader from her son's school punched her in the face on a busy street in Passaic, New Jersey.

The family says the student, whose African-American, and others were bullying her son at school the day before, taunting him with what she calls, racial slurs.
"They said all Mexicans should be behind the wall," said Alfonso Vazquez, Beronica's husband.

The family believes if the school, for the gifted and talented, had handled the bullying, the attack could have been prevented. In a statement to CBS News school officials said. "The Passaic schools cannot make comment with regard to student matters involving a juvenile. Details are under investigation."

Now the family says they are now considering moving for fear of their safety. 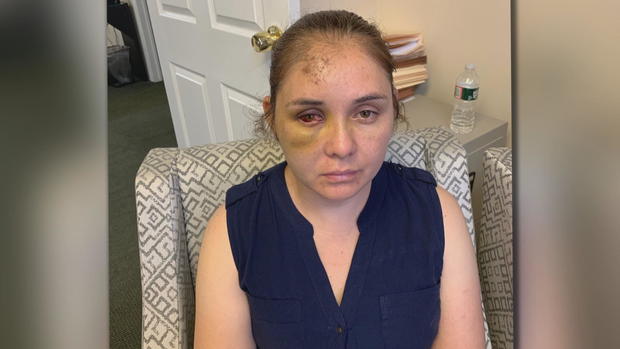