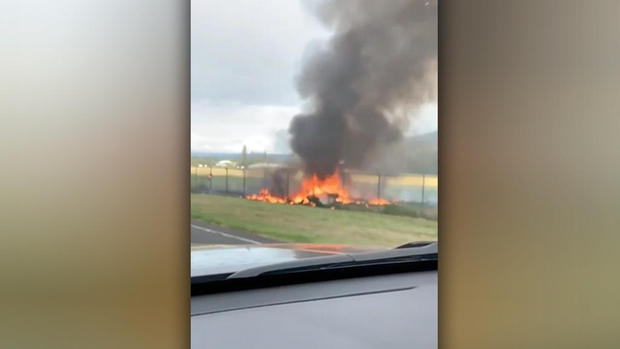 Investigators are trying to determine what caused a skydiving plane to crash over the weekend in Hawaii killing all 11 people on board. It's the second incident involving the same plane.

The crash happened Friday just after take-off at an airfield on the island of Oahu and marks the nation's deadliest civilian plane crash since 2011. The National Transportation Safety Board is on scene in Oahu combing through the wreckage of what's left of the Beechcraft skydiving plane, reports CBS News' Jonathan Vigliotti.

Three years ago, the same plane that crashed was involved in a mid-air incident in Northern California. A video purportedly shows the plane spinning and forcing the 14 skydivers inside to jump out early. The NTSB later determined pilot error played a role but said it is looking into this previous incident along with maintenance and inspection records. They say the aircraft could have carried up to 13 people but that it may have been overweight.

Witnesses said they saw the plane spin twice up in the air and that it never gained enough altitude for those on board to safely parachute out before nose-diving into the ground.

Carlos Zapata, who works for the Oahu Parachute Center as a driver, said he saw the explosion after dropping off tourists Bryan and Ashley Weikel to board the aircraft.

"What a shame. I saw it hit. I was right there, man," Zapata said. "They were really just a nice, young couple. Just nice."

Bryan Weikel's family says he and Ashley had been together for 10 years but went to Hawaii to celebrate their one-year wedding anniversary.

"I don't remember a day on this planet without that kid, you know. He was my best friend," said Bryan's brother, Kenneth Weikel. His mother, Kathy Weikel-Gerk said, "Bryan and Ashley were like a shining example of what humanity used to be and what humanity needs to be. That was them."

Six of those killed worked for the parachute center, including instructors Larry Lemaster, who leaves behind a young son, Casey Williamson, a videographer, and Mike Martin, whose girlfriend we met while she visited the crash site for the first time with their dog.
"He did get stressed out at work sometimes but he loved what he did and he died doing what he loved, so it was beautiful," Alex Nakao, Martin's girlfriend, said.

The names of all the victims could be released as early as Monday. 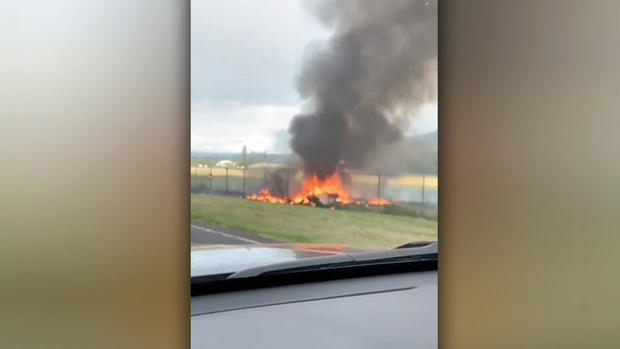 Fauci says that Trump and Redfield were “both right” about vaccines

Big surprises and powerful performances at the Academy of Country Music...

Hundreds of thousands still without power in Sally cleanup