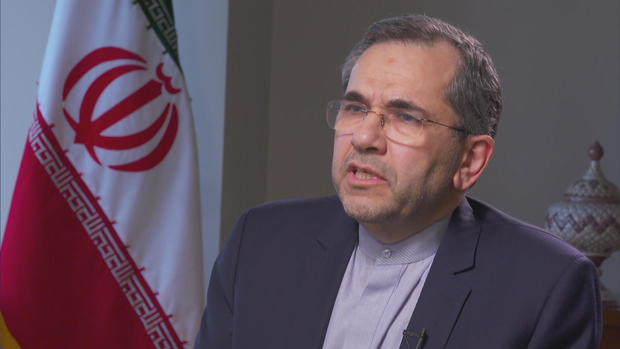 With tensions rising between Iran and the U.S., Iran said war is not an option but is skeptical whether real diplomacy is possible with the U.S. The U.S. already has sent more military units to the Middle East after alleged threats from Iran. President Trump told his acting defense secretary he does not want war.

Iran's ambassador to the United Nations, Majid Takht-Ravanchi, told "Face the Nation" moderator Margaret Brennan on Thursday that he believed Mr. Trump's comments on Thursday were genuine. "I believe that President Trump does not want war," Ravanchi said.

A reporter asked Mr. Trump, "Mr. President, are we going to war with Iran?"

But Ravanchi accused the U.S. of using flawed intelligence, and pointed to one key adviser's past support of the 2003 U.S. invasion of Iraq, which was precipitated by incorrect claims that Saddam Hussein had "weapons of mass destruction."

"I don't want to name any names, but he has been definitely one of the persons," Ravanchi said.

Ravanchi flatly denied U.S. intelligence warnings that an Iranian commander ordered militias in Iraq to prepare to attack Americans there, and questioned whether the U.S. really has satellite photos showing what analysts say are containers for short-range ballistic missiles being loaded on boats.

"U.S. intelligence says they have evidence of that. Do you deny that?" Brennan asked.

"We do not fire missiles out of small boats," Ravanchi said, adding, "As long as they cannot share those information with the general public, I think there is no utility in saying that these information are credible."

Behind closed doors on Capitol Hill Thursday, the Trump administration shared that intelligence with the so-called "Gang of Eight." After the briefing, House Intelligence Committee chairman Adam Schiff said he feared a clash.

"The administration all along has failed to articulate where their strategy is supposed to lead, but it certainly appears to be leading toward confrontation," Schiff said.

Other members of Congress will have to wait until next Tuesday to receive a briefing, frustrating key Republican allies.

"I would tell the administration you should pick up the phone and call members of Congress so that we don't have a microphone put in our face; (when journalists) ask us about why you're doing something when we have no clue," Sen. Lindsey Graham, R-S.C., said.

Ravanchi said the U.S. military buildup in the region was one reason his country has dismissed President Trump's offer of direct talks.
"They want to have the stick in their hands, try to intimidate Iran and at the same time calling for a dialogue. What type of dialogue is this?" Ravanchi said.

Ravanchi confirmed Iran has been in touch with officials in the U.S. Congress, but declined to name names. Ravanchi is close to Iran's president and told us he will soon fly back to Tehran to discuss how to cool tensions. 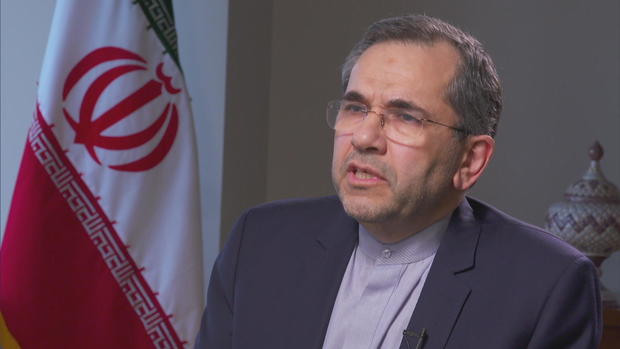 Ex-Mueller prosecutor says he hasn't been subpoenaed in Durham probe

2020 Daily Trail Markers: Debate prep is in full swing for...

NYC to fine people who refuse to wear masks

Cop on leave after allegedly walking bike over protester's head