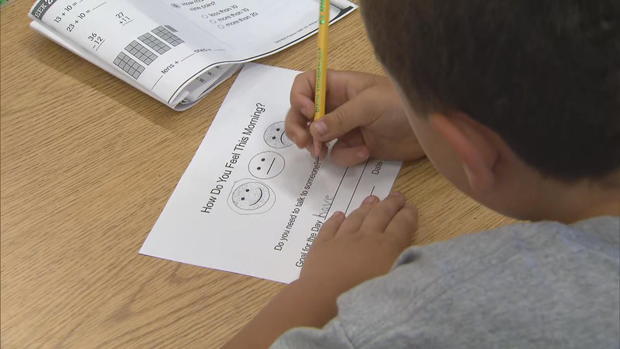 Paradise, Calif. — It's been six months since the Camp Fire raced through northern California, the deadliest and most destructive fire in state history. Eighty five people were killed and it caused $16.5 billion in damage.

On the surface, children from Paradise Elementary School are perfectly fine. But shortly into CBS News' interview with 8-year-old Ellie Wrobel and her mom Kylie, six months of trauma flooded through. Ellie and her mother's home was among those reduced to ash by the fire. They've been on the move ever since, recently settling down in a donated RV.

More than 18,000 buildings were lost in the fire, including Paradise Elementary. At the temporary school, a few towns south, children silently battle their fears so their parents can worry a little less.

"All of them have had a turn feeling sad and needing to talk to somebody," said Katy Schrum, Ellie's second grade teacher.

She said students not only miss home, but their friends too. The district lost 40 percent of its students following the fire. So Schrum developed a questionnaire to help get children talking. The last time everyone said they were happy was "a couple of weeks ago."

Despite the upheaval, students are improving and time is healing. That resilience took center stage at a recent recital celebrating survival, where Ellie and her classmates sang about a few of their "favorite things."

In six months these kids' world has changed. Their courage is a lesson in strength for us all. 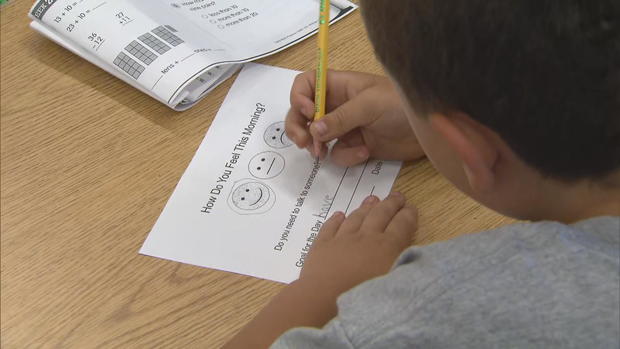 Ruth Bader Ginsburg's trainer pays tribute to her with push-ups

Ralph Lauren to lay off 3,600 workers after coronavirus hit

Tropical Storm Beta could drench parts of Texas and Louisiana