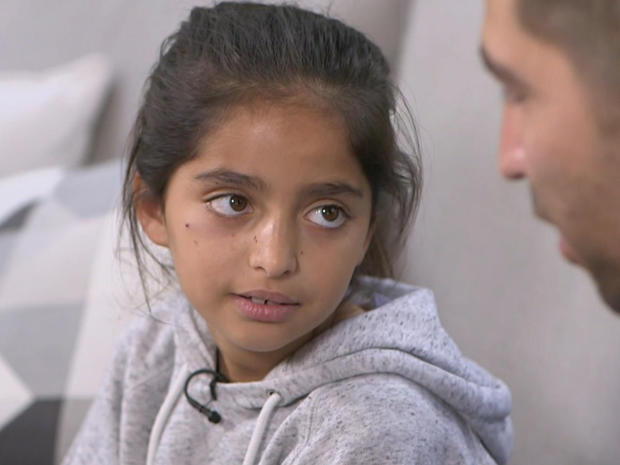 Moments before Saturday's attack at the Chabad of Poway, in Poway, Calif., the synagogue was filled with people of all ages, including many children. When gunfire broke out, one man sprung into action, going back and forth whisking kids to safety. But he couldn't get to his niece in time.

"I knew that something was wrong because it wasn't adding up to me, because I heard loud sounds," Noya said. "It was very, very scary, and I'm not supposed to go through this stuff."

Dahan watched the shooting unfold: "I saw the rabbi's face and I saw him. He was jumping and he was getting hit."

Her uncle, Almog Peretz, said he led children away from danger. "I got to the back and I put all the kids inside the house, inside one room," he said. Peretz was shot in the leg while trying to protect his niece.

Noya suffered shrapnel wounds to her leg and her face. "I also got shot from the, shrapnel?" she said.

"Yeah. The shrapnel, a word you should not know," said Vigliotti.

"Yeah. I wanted to help at the same time, but I had to run."

Noya also witnessed the final and selfless act by fellow congregant Lori Gilbert-Kaye, who was at the synagogue on Saturday to say a prayer for her mother, who had recently died. Gilbert-Kaye stepped between the shooter and Rabbi Goldstein.

The 60-year-old was described a "warrior of love," who wanted everyone to stand up to hate … something eight-year-old Noya intends to fulfill.

Vigliotti told her, "You're way too young to be worrying about this kind of hate."

Vigiliotti asked her, "Are you going to be able to go back to the synagogue?"

"I am probably going to be afraid, but I am still going to go and probably watch out for anything," she said.

Outside the synagogue, a memorial has now been set up in the memory of Lori Gilbert-Kaye, who leaves behind a husband and daughter. 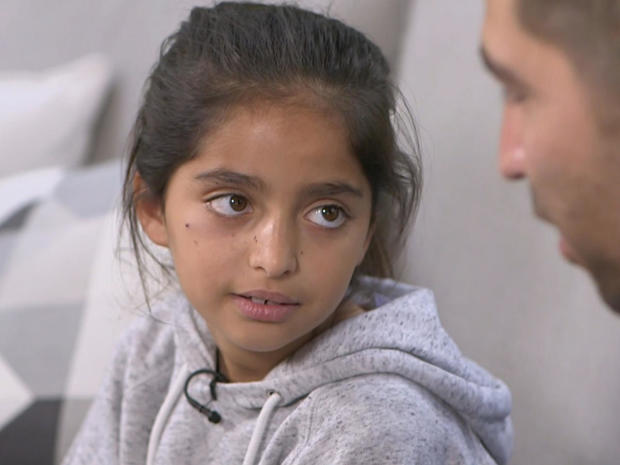