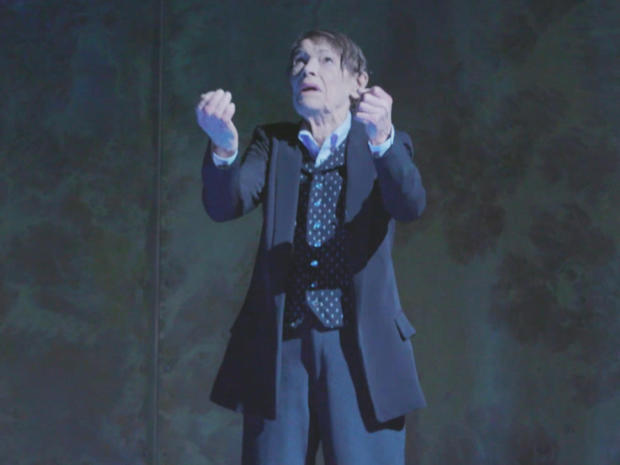 Legendary actress Glenda Jackson could soon make Tony Award history. The 82-year-old is already one of only two dozen people who have earned the triple crown of acting, with two Oscars, two Emmys, and a Tony. Tomorrow, she is expected to earn another Tony nomination for her gender-bending performance as King Lear on Broadway.

If she wins for the Shakespearean tragedy, she would be the first to win Best Actress at the Tonys in back-to-back years.

"CBS This Morning" co-host John Dickerson talked with Jackson about her performance.

She described the three questions that Shakespeare asks: "Who are we? What are we? Why are we? And no one's come up with sufficiently comparative answers."

Jackson continued, "It is undoubtedly the case in Shakespeare: you often learn more about your own character from what other people say or do than what he actually gives you to say. But that's life, isn't it? God, the guy was a genius."

"Go back to the moment you're told you're going to play Lear — what is the first set of things you do?" Dickerson asked.

"The first set of things I did was to find out the hours that elderly people could use the pools in my local swimming pool, because I was really scared that I didn't have either the physical or the vocal strength for it!" she replied. "And so, I would get in the pool with my fellow elderly swimmers, and it was really marvelous! It was like a kind of elderly United Nations, do you know what I mean?

"There is an energy in these plays. And if you manage to tap into that, it just carries you along like a kind of jet plane or something. And that is extraordinary and very unique."

And Jackson's performance as Lear is extraordinary — eight times a week, in a three-and-a-half-hour show, she roars and stomps across the stage.

It's a reminder of the Jackson we knew and loved from the 1960s to the '90s. She won two Oscars for Best Actress, for "Women in Love" and "A Touch of Class." She won audiences (and two Emmys) as Queen Elizabeth I in the PBS masterpiece "Elizabeth R."

But after decades of captivating performances, she retired from acting in 1992 to become a politician. She served as a Member of Parliament in the U.K. for 23 years.

Dickerson asked, "What roles are being written for women in politics?"

"I think there has been a major shift there," she said. "There's a basic, I think, gate that yet has to be opened, and that is that women cannot like each other — I mean, actively, positively dislike each other. But they can sit around a table and concentrate on a problem that requires solution, and come up with a solution."

After a long hiatus from acting, Jackson reemerged on Broadway last year in Edward Albee's "Three Tall Women," for which she won the Best Actress Tony.

She said the work ethic she grew up with helped make her success possible. "I feel I'm blessed in as much as the socioeconomic group I come from was, it was very simple: If you didn't work, you didn't eat. And so, I have been blessed with a strong work ethic. And I value that very much.

"You know, interviewers would say about the play, 'Is it fun? Are you enjoying it?' And my immediate response is, 'It's work. What do you mean, you know? It's work!' When I think of all those years that I pursued work and didn't get it."

Dickerson asked, "You mentioned how playwrights are not writing roles for women. Why do [you] think that is?"

"I don't know. It still remains that if a woman is successful at whatever she chooses to do, she is the exception that proves the rule. If she fails, 'Well, we told you they were all failures.' And that basic untruth I don't see fracturing or cracking or becoming frayed around the edges as far as contemporary dramatists are concerned. And it puzzles me. I don't know why they find us so boring!"

"Have you ever thought about writing a play?"

Why? "I don't know. I like to think my brain moves too quickly and my hand can't catch up. But I'm sure that isn't true. Because when I have said that, people say to me, 'Well, then record it.' And I said, 'Then I'd be talking to myself,' and we all know what that's the first sign of!" she laughed.

She turns 83 next week, but Jackson seems to consider age more of an annoyance than anything else.

"One of the things that I find fascinating about my age is that the me inside hasn't changed at all," she said. "I mean, I think the me inside is about 15 years old. It's the envelope that's carrying the me inside around that simply refuses to do what I tell it, you know what I mean? My fingers won't work. And, you know, my back gives me trouble. And I lose my balance and things like that. And also, I am so aware of how much I don't know. And I think, 'My God, you're so ignorant. Have you got time to learn?' We'll have to wait and see!" 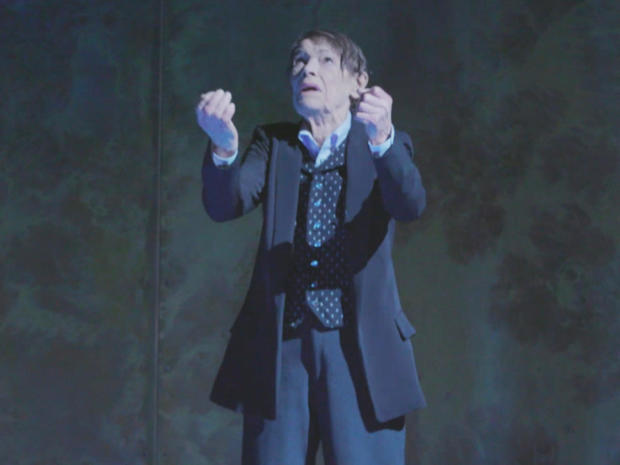 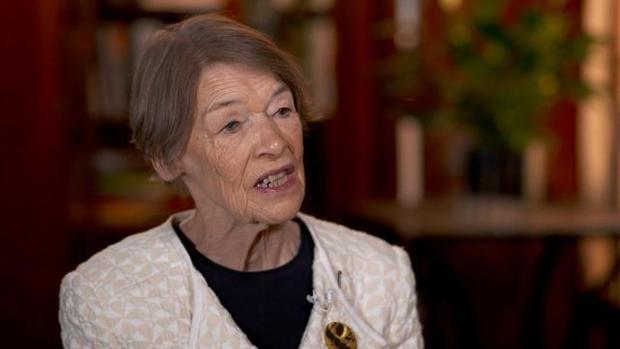