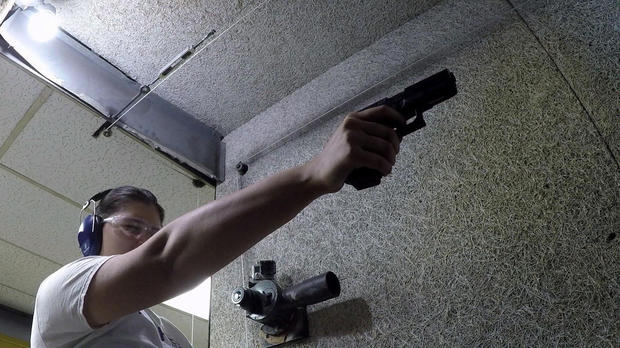 By Nikki Battiste CBS News April 26, 2019, 6:40 PM She carries a gun in her Spanx. He's a professor who wears a bulletproof vest. Both sides of the campus carry debate

Lawrence, Kansas — University of Kansas student Victoria Snitsar keeps her Smith & Wesson .40-caliber gun in her bedroom. She said it's not loaded but she will have it on her while she's on campus.

"Yeah, so — I'll put it like this: I'm wearing Spanx then I angle it up a little bit," she said. It's the way she keeps it concealed.

What looks like a college student is a professor gearing up for battle.

"When you see people wearing a vest, they're usually at a war zone," said professor Kevin Willmott.

Snistar said she couldn't wait for her 21st birthday, the legal age to carry on campus. She didn't grow up around firearms, so she took this concealed carry class to prepare.

"Women often fall victim to crimes on campus, whether that's rapes or assaults," she said. "And so, I felt like it was upon me to protect myself."

Kansas is one of ten states that allows public university students to carry concealed firearms. Sixteen states ban campus carry and 23 leave the decision up to each college or university.

She said she thinks campus carry is "definitely a deterrent" to preventing mass shootings.

"I really do think that putting guns in the hands of responsible gun owners does make places safer," she said.
Kansas' 2017 campus carry law permits students here to carry guns in most campus buildings, including dorms and classrooms.

"I mean they've got a gun on 'em now, a secret gun, that I don't know that they have," Willmott said. "I can't ask if they have one, and they can't tell me if they have one … Legally. That's part of the policy."

The secrecy of who is armed prompted Willmott, a film professor and Oscar-winning screenwriter, to wear this bullet proof vest while teaching.
"I bring it into class. I put it on in class," he said.

CBS News asked Willmott and Snitsar to sit down together.

"I really don't see any difference between me carrying half a mile downtown or on campus," Snitsar said.

"Well, you know, I think guns — you know, being anywhere on campus is– is ultimately a problem," Willmott said. "You know, that– I think — you know, one of the reasons I wear a vest is that I think if people saw people walking around with guns, they'd be horribly uncomfortable. And I– I just don't think it's a role of– of a student to kinda jump into the role of– of Rambo and take over a situation."

"Well, I beg to differ," Snitsar said. "I think that it's upon myself to protect myself if I were to end up in a less than favorable situation."

"One of the great things about student life is the freedom you have," Willmott said. "And the freedom to kind of be who you are and to kind of grow and to discover who you are. Guns don't make that a better kind of environment."

"If we're talking about freedoms, I think constitutional freedoms come first and freedom that you have until you violate some policy that takes it away," Snitsar said. 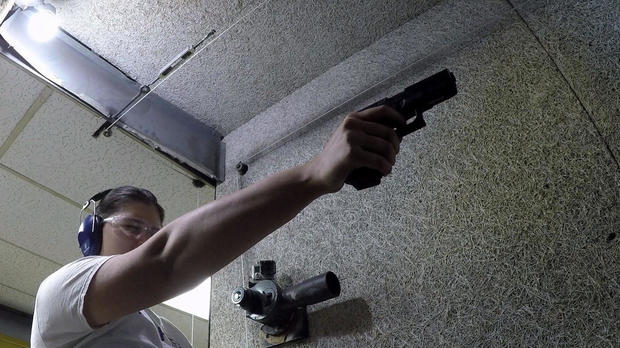 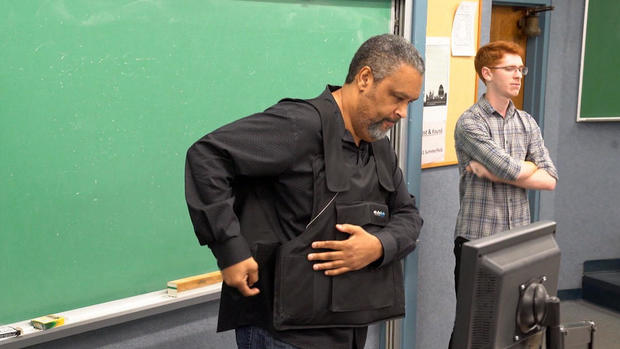 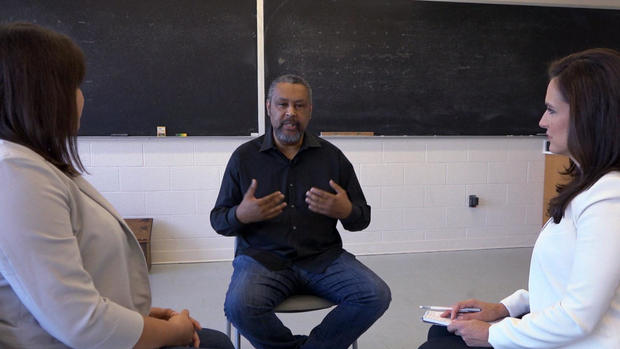 Woman tased after refusing to wear mask at football game

Does focus on statues and mascots distract from true racial justice?